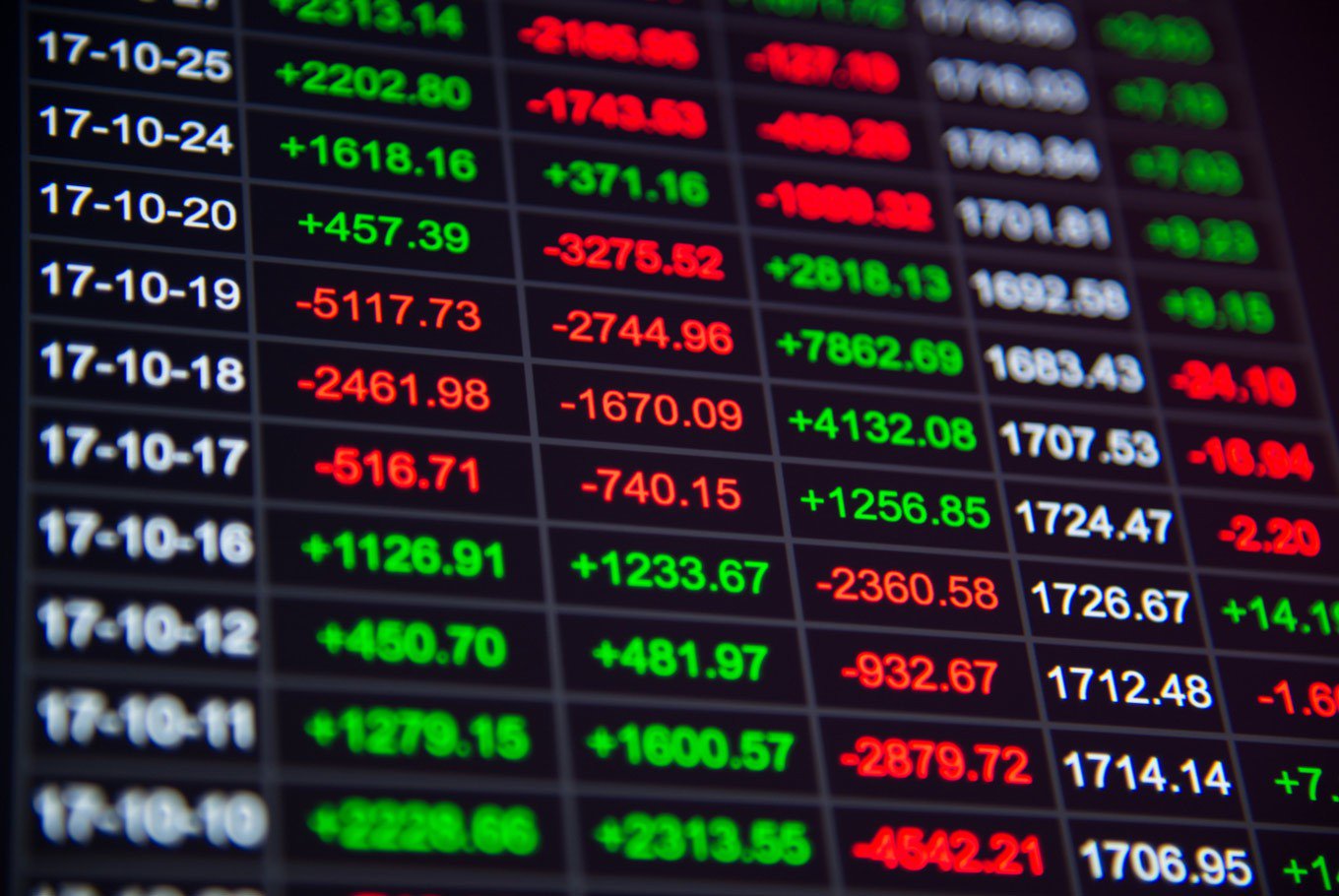 The economic indicators — in the US together with other major economies — indicated signs of recovery in the last decade. (Shutterstock/File)

You could indeed say the past year was challenging, but there were a few moments we can be proud of, most notably when the world’s prominent index providers — S&P, Moody’s and Fitch Ratings — awarded Indonesia an investment grade rank. Last October Indonesia leaped 19 places in the Ease of Doing Business index. These achievements show that investors’ trust in Indonesia is on the rise, thanks in part to several reforms the government has initiated.

However, it is worthy to note that the current infrastructure projects need a gargantuan amount of funding, Rp 5.5 trillion (US$419 billion) to be precise. If the public and private sectors are able to pull it off, I am certain it will create new momentum. But otherwise, the private sector’s funds will just stay in the financial market and be prone to capital flight if we fail to provide investors good reasons to stay. Therefore it is important for the government to push private investment in long-term infrastructure projects and make state-owned enterprises (SOEs) more focused and specialized.
This year, the state budget allocation for infrastructure is almost double the allocation in 2014, but our economic growth is somewhat lagging behind expectations and its positive impact on job creation remains low.

No significant revenue is being generated from exports either, due to our strong dependency on raw commodities, which have been quite volatile for the last few years. In 2016, the most significant amount of revenue came from the tourist sector with $13.5 billion, amazingly only second to CPO as the biggest revenue contributor. In 2015, the tourist industry only ranked fourth.
According to the Central Statistics Agency (BPS), as of October 2017 our trade balance recorded a surplus of $900 million. That is a good sign for our commodity-oriented trade portfolio, which will face a litmus test next year as commodity price growth is still dismal.

On various occasions, Finance Minister Sri Mulyani stressed that the process of restructuring the global economy from the side of international trade will experience some positive feedback. She is even quite optimistic that global economic growth in 2018 will reach 3.6 percent or slightly higher than this year’s projection of below 3.5 percent due to increased international trade activities and commodity prices.
Trade between countries remains one of the most powerful tests of a country’s economic resilience.
In terms of market access and trade liberalization, the government is seeking to conclude partnership agreements with several countries, most eminently with Australia, Chile and the EU in the form of a Comprehensive Economic Partnership Agreement (CEPA). Negotiation with Australia is still underway and will be completed sometime this year, in line with the 2017 target. But the silverlining, the Indonesia-Chile CEPA, was just concluded in mid-December this year, giving high hopes for the Indonesia-EU CEPA to be completed in 2018.

Chile is the most stable country in Latin America politically and economically, and is considered an advanced economy with a gross domestic product (GDP) per capita of more than $24,000. Also, with its strategic geographical location, Chile is an excellent hub for Indonesian exports destined for Latin America.

This CEPA conclusion marked a long and winding process that lasted more than a decade. It began in 2006 with a discussion to form the CEPA, followed by a Joint Study group in 2009 and then a commitment reiteration at the APEC 2012 Leaders’ Meeting between then president Susilo Bambang Yudhoyono and President Sebastian Pinera and the two finally were engaged in a negotiation in 2014-2017.

Challenging as it may seem, the fruits of our labor are significant. Chile is ready to remove tariffs for 7,669 products or 89 percent of its tariff posts and 6,704 products will be removed instantly when the agreement comes into force. With this achievement, I really appreciate the various steps taken by the government throughout 2017 in continuing the expansion of bilateral and regional trade cooperation with various countries and regional groups. The government’s policy direction is not limited to expanding market access, but it also leads to market diversification.

According to the records of the Indonesian Chamber of Commerce and Industry (KADIN), there are 21 trade cooperation plans being negotiated with various countries, such as Australia, Chile, EFTA countries, EU, Turkey, Iran and ASEAN partner countries through the Regional Comprehensive Economic Partnership Agreement (RCEP), ASEAN-Hongkong and ASEAN-Canada cooperation.

In times of rising populism, international trade cooperation is still believed to strengthen the economic resilience of a country. Welcoming 2018, several countries’ political policies may directly or indirectly affect Indonesia’s trade. One of the policies is none other than “America First.”
In his speech at the APEC CEO Summit on Nov. 10, 2017, United States President Donald Trump sent a clear signal to countries in the Asia-Pacific region with his remarks “I am always going to put America first, the same way that I hope all of you in this room to put your country first.”
This populist policy is a shock to the world, as the US has been known as a champion of an open market. Trump also criticized the World Trade Organization (WTO), an organization where the role of America has always been so great and important in fighting for a freer trade agenda. Trump accused the WTO of unfair treatment of America.

In contrast, Chinese President Xi Jinping, in his speech at the meeting, asserted China’s pledge to sustain globalization and the economic integration of the Asia-Pacific region. China, which used to be a very closed state, is taking over the role of America in promoting free trade. President Xi also introduced a Chinese policy to treat overseas companies registered in his country fairly and to implement free trade areas in China.

In addition to its problems with China, the US is also facing a threat of high inflation this year. This can lead to increasing risks in financial markets. Protracted tension between the US and North Korea over long-range missile tests could also undermine US financial markets.

On the other hand, markets in the world, including Indonesia, will also look in the direction of the new Fed Governor Jerome Powell, who will replace Janet Yellen starting in February 2018.
The stimulus program from the European Central Bank and the Bank of Japan is also something worth watching in 2018, as well as the elections in a number of European countries, such as Italy, Ireland and Russia, as well as midterm elections in the US.

Domestically, 2018 may turn into a tumultuous political year as we are bracing for simultaneous elections of regional heads (Pilkada) in 17 provinces, 39 cities and 115 regencies, an ideal warm-up for the concurrent legislative and presidential elections in 2019.
With such extensive political activities, campaign spending will soar. It will provide more household (in this sense campaign) consumption but at the same time will force investors to wait and see.
However, I am quite optimistic that we can go through that sort of “rain” after witnessing how massive demonstrations in 2017 progressed relatively free of security concerns and the politically educated masses today. Prior to the elections, the amount of money circulating in the community will increase in line with campaign needs. Learning from the legislative and presidential elections in previous years, the fiesta of democracy contributed to economic growth by 0.1 percent.

If security prevails in the 171 regional elections, the political event will contribute 0.3 percent to GDP growth, providing us another reason to be hopeful of a 5.4 percent growth this year.
Adding the weight, banking liquidity condition is quite OK, combined with the growth of banking capital by 23 percent. Trading in the capital market also continues to thrive positively. The Financial Services Authority (OJK) is also optimistic that credit growth in 2018 can be achieved at 12-13 percent, compared to this year’s 9 to 11 percent growth.

If this year the government and business players were puzzled by weakening purchasing power, then this year the purchasing power is forecast to recover. The closure of several retail outlets in 2017 is expected to ease. Online trading and the development of transactions through fintech will also be strengthened, although currently its market share remains as low as under 4 percent.

Overall, in terms of investment, we have done quite well even though it’s not yet enough. The ease and assurance of investment has been provided by the government through the issuance of 16 economic packages. The spirit and consistency of government policies, coupled with strict tax enforcement, are expected to raise Indonesia’s bargaining position in the eyes of investors.

I remain upbeat that Indonesia’s economy will move positively next year. Nevertheless, I would like to remind the government that even though one was concluded in 2017, 20 more trade agreements are awaiting this year. Their successful completion is important if we want to attract more investors, increase trade and enhance competitiveness. I would also like to highlight that instead of quantity, let us focus on the quality of trade cooperation agreements or MoUs signed and keep a watchful eye on their realization.

In light of that, solid, open and positive coordination between KADIN, the Investment Coordinating Board (BKPM) and Trade Ministry can be more focused. At times though we often have difficulties following up on BKPM or MoT policies because of limited data access or a lack of coordination.
All in all, 2017 has been a pretty good year, though much could have been done better. And I predict that 2018 will be an exciting year highlighted by interesting
and sometimes challenging situations, globally and domestically.