For the coming year, we have concerns about high asset valuation and corporate debt overhang 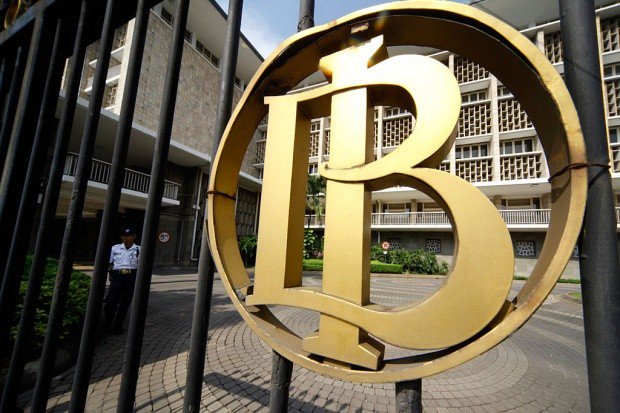 The logo of Bank Indonesia is patched at the main gate of the central bank's headquarter in Jakarta. (Antara/File)

For the coming year, we have concerns about high asset valuation and corporate debt overhang

Many things in 2017 could have gone wrong in the world economy but did not; we are sure investors are pleasantly surprised by that. We began the year fearful of sustained slowdown in China, rising trade protectionism, political developments that could put the European Union fabric under strain, and the possibility of a wage-price spiral in the United States.

In the event, China did not slow, protectionism did not spike, the EU did not fragment, and the US set up nothing short of a “Goldilocks” backdrop of strong growth and muted inflation. The markets, at or near their peak worldwide, have much to be thankful for as the year comes to an end.

Asia’s open, electronics exports-oriented economies have delivered a string of strong data in recent months, allowing for several rounds of forecast upgrades. A year ago, we expected 2017 to be a broadly lackluster year, but in the event, it has turned out to be one with growth surprising on the upside and inflation remaining modest.

China has been the key reason behind the upside surprise this year, growing at close to 7 percent when there was across-the-board expectation of a slowdown 12 months ago. Why did China surprise on the upside? We see three broad drivers:

First, the fiscal expansion of 2016 spilled over into this year, helping sustain demand for goods and services from the public sector. Moreover, the authorities ensured that liquidity was not taken away from the system, thus allowing for money-market stability and viability of corporates that have been facing financial difficulties.

Second, the bottoming-out of demand in the EU and a trough in the commodity market revived exports demand and investment sentiment, which helped the bottom-line of China’s exporters considerably.
Third, while there was and is widespread concern about protectionism, so far there has been little friction of substance between China and the West. Consequently, Chinese consumption and investment sentiment were well-supported through the year.

China’s demand upside was complemented by a synchronised pick-up in activity in the US, EU, and Japan, something we have not seen in a long time. Emerging markets in general benefitted from this demand buoyancy; Asia, which sits at the center of global manufacturing activities, found the going particularly good as a result.

For the coming year, we have some concerns about high asset valuation and corporate debt overhang aside, but at the same time we believe that the ongoing economic momentum will likely spill over to next year, keeping the dataflow strong at least through the first half of 2018.

We will keep an eye on geopolitics (Europe, the Middle East, North Korea, and the US), bond and credit markets (where compressed spreads look unsustainable), energy (oil could make or break the inflation outlook), commodities (a slowing China could undermine the recovery), and protectionism (watch out Canada, China, Mexico, and South Korea).

Asset markets may struggle and volatility could rise, but it will take several risk events to undermine the broadening momentum in the world economy. A key upside risk for next year is the long-awaited return of a global cap-ex cycle.

Indonesia has strong fundamentals. Public debt is below 30 percent of gross domestic product (GDP), one of the lowest among emerging market economies. Inflation has been moderate at around 4 percent in recent years. Governance is stable and political risk is low. Yet, afflicted by the hangover from the 2014/2015 commodity crash and a still-challenging investment environment, economic growth has been stuck at 5 percent well below Indonesia’s potential, in our view.

With policy-making becoming more challenging and the 2019 Presidential election looming, Indonesia would need a major pull from the external environment to move to a higher gear. GDP growth may still pick up slightly to 5.3 and 5.4 percent in 2018 and 2019, respectively. Stronger commodity prices will translate into higher contribution of net exports to overall GDP growth.

Investment, which has a been a drag on the economy since 2013, may at last be improving. It makes up a third of the economy but only contributed an average of 28 percent of growth. Investment growth was a strong 7.1 percent year-on-year (yoy), the fastest since the first quarter, 2013.

The bulk of the support for investment growth is still likely to stem from the government’s infrastructure push.

On fiscal, there is not much room for stimulus, given the 3 percent fiscal-deficit rule. We expect the budget deficit to hit 2.6 percent of GDP in 2018, similar to our forecast of 2.7 percent for 2017. While our forecast is higher than the government’s official deficit target of 2.2 percent of GDP for 2018, it is driven mostly by a potential shortfall in revenues rather than an increase in spending. Tax revenues target for 2018 is modestly higher by 9 percent from the 2017 budget. But when compared to actual tax revenues this year (likely to be about 85 percent of budget), the 2018 target would represent close to a 30 percent jump. This is quite unlikely, in our view.

Higher crude oil price is positive for the government’s budget. Combined, income tax and non-tax revenues from the oil & gas sector (Rp 113 trillion) stand at about 10 percent higher than energy subsidies in the 2018 budget (Rp 103.4 trllion).

We estimate that every 10 percent rise in crude oil prices (from the baseline assumption of US$48/barrel in the 2018 budget) will provide an additional Rp 6.7 trillion in net spending, or about 0.05 percent of GDP. If crude oil prices were to average $65/barrel next year, we are then likely to see a 0.2 percentage point swing in the budget deficit (budget deficit may be potentially lower at 2.0 percent of GDP).

There is certainly a risk that the government may reintroduce subsidies for gasoline, particularly ahead of the 2019 elections. We do not regard this as a major risk for now and assume that the government will continue to provide subsidies only for diesel as well as the lowest-tiered electricity and liquefied petroleum gas for households.

The economy is still unable to shake off the commodity drag. Despite a relatively stable rupiah, stronger commodity prices, and the 50 basis points (bps) rate cuts delivered by Bank Indonesia (BI) last year, loan growth is likely to end 2017 at around 8 percent. Before investments picked up in the third quarter (Q3), loan growth has even fallen to 7.7 percent in June, lower than where it was at the end of 2016.

Banks still appear to be reluctant to extend new loans aggressively due to the non-performing-loans (NPL) overhang. NPL ratio in the mining sector remains relatively elevated at 8 percent as of August, more than double the overall NPL of 3 percent in the banking system. We are encouraged to note that the loan-deposit ratio (LDR) has moderated to 89 percent as of Q3 from 92 percent at the end of 2016.

We forecast consumer price index (CPI) inflation to hit 4.0 percent and 4.5 percent in 2018 and 2019, respectively, up from our forecast of 3.9 percent for 2017. Food inflation has continued to weaken during the year. Inflation in the volatile food component of the CPI (18.9 percent weighting) came in a record-low 0.8 percent in October. This has pulled down the overall CPI, despite inflation staying circa 5 percent in both transport/communications and housing/utilities components of the CPI.

Softer underlying demand, as evidenced in the moderation of core inflation, might have played a role in driving food prices lower this year. But we reckon that supply-side factors have been more dominant. The government has made improvements in food distribution channels throughout the country. Inflation dispersion, measured by the standard deviation of inflation across provinces, has eased to 0.89 in the year-to-date, from 0.91 in 2016. It averaged 1.28 between 2011 and 2015.

Going into 2018, Bank Indonesia’s policy focus has shifted to “vigilant of global financial risks, relating to the tighter monetary policy and fiscal reform plans in the US,” as reflected in the November monetary policy statement. We expect BI to start hiking rates again in Q4 2018, bringing the policy rate back to 5 percent by mid-2019. Not only do we expect inflation to tick up, but anticipation of a stronger broad US Dollar may also mean that higher domestic interest rates are necessary.

The views are his own.