Noory Okthariza
Researcher at the department of politics and social change, Centre for Strategic and International Studies 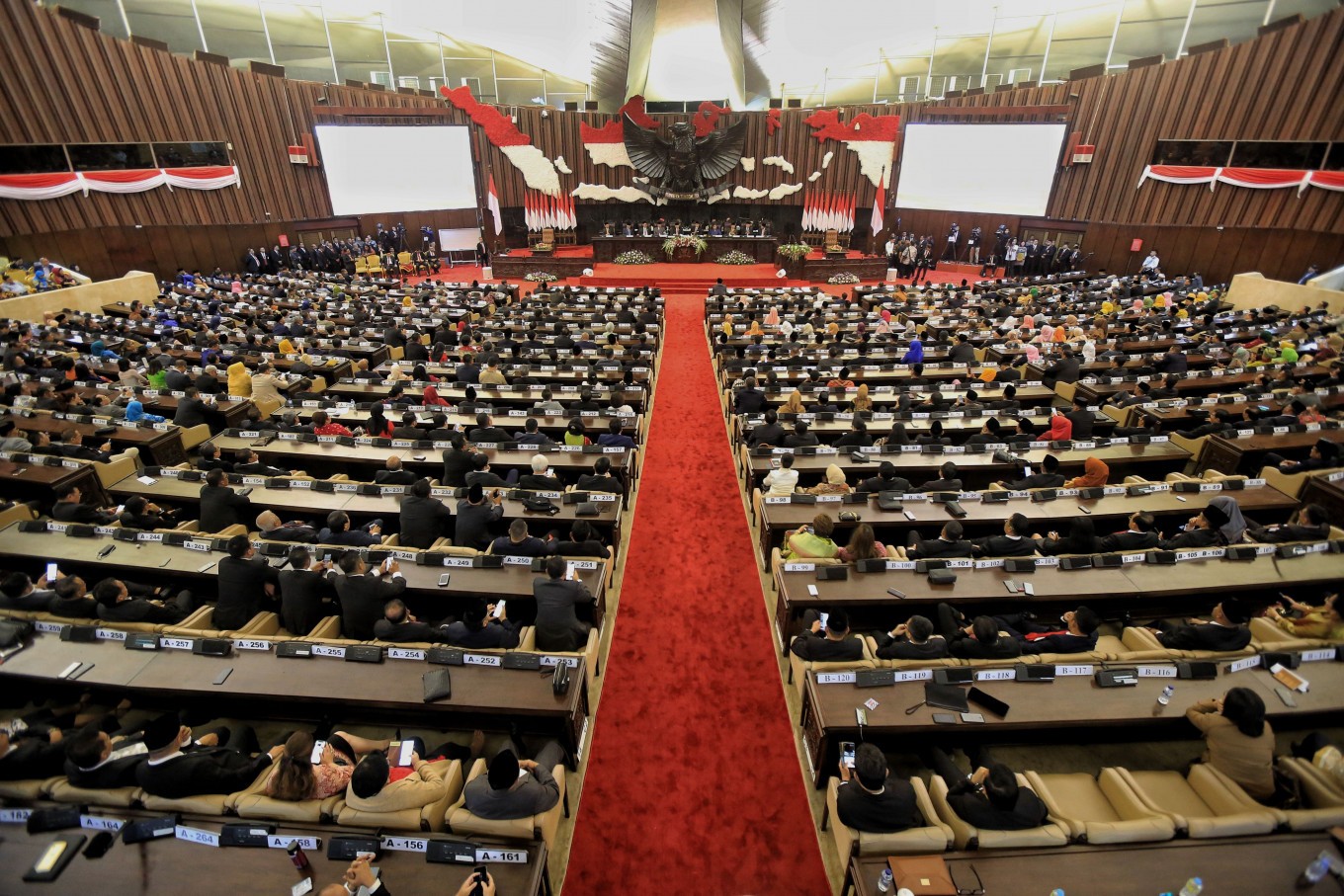 The plenary meeting of the People’s Consultative Assembly (MPR) on Thursday, Oct. 3, 2019, in Jakarta. (JP/Seto Wardhana)

Noory Okthariza
Researcher at the department of politics and social change, Centre for Strategic and International Studies

This year marks 20 years since the formal introduction of decentralization. Despite implementation starting in early 2001, legally the idea of having a much more decentralized authority began two years earlier with the passing of Law No. 22/1999 on local governments and Law No. 25/1999 on fiscal balance between the central and local governments.

Just like in many other countries, decentralization was initially designed to bring the government closer to the people, as Indonesia was ruled by autocracy with strong centralization for more than three decades. It was also introduced because of the vast and diverse nature of the country, with its sprawling archipelago and more than 500 regencies and municipalities — many of which are distinct in terms of language, ethnicity and customs.

For those reasons, the urge of having more deconcentrated power seemed inevitable once Indonesia set to democratize itself in 1998. The “Big Bang” decentralization, the term coined by World Bank economists, essentially denotes the radical shift that Indonesia experienced, from being one of the most centralized states to a very much-dispersed regional autonomy.

To be sure, the implementation of this system has been incremental. At the onset of its execution, the focus seemed to be less on politics than economic concerns. Law No. 22 lays out, for instance, the need for greater fiscal transfer from the central to regional governments. This led to a higher share of central government spending for regional governments to nearly double in 2000 to 2001.

However, it was not until recently that this fiscal transfer had become one impediment in our political system. Indonesia’s fiscal system is quite unique in the sense that it bypasses the role of provincial government in financing its regencies and municipality governments. On many occasions, this makes regents and mayors feel as if they do not need to work together with their governor in a respected province.

Worse, there is no hierarchical relation between provincial and regency or municipality-level governments.

The provincial government only plays a “coordinating role,” meaning that it cannot impose any measures for noncompliance.

Thus, one can imagine that when a governor and regents in one province come from competing political parties; good cooperation can be a daunting task.

Although the law on local governments clearly states that every regency or municipality is an independent entity with its own regional autonomy, recent moves from the central government has made decentralization gain new relevance.

The idea of amending the 1945 Constitution is a case in point. Despite public contention, the Indonesian Democratic Party of Struggle (PDI-P), the ruling party of President Joko “Jokowi” Widodo, strongly supports this amendment. The idea basically aims to attain two things: To revive the New Order concept of the State Policy Guidelines (GBHN) and to reinforce the power of the People’s Consultative Assembly (MPR).

While we have yet to understand exactly the reasons for this move, it is safe to say that the plan is a regression for Indonesia’s democracy. We knew from history how the GBHN was being devised; it had never been designed nor discussed in consultancy with regional governments, let alone people on the ground. The guidelines had always been the top-down product of the MPR; it was exclusively devised and imposed by the elites.

The guidelines could only work in the context of authoritarian rule in which the same regime endures for a long time, while with a democracy, the new elected government can easily annul any programs from its predecessors.

Thanks to decentralization, Indonesia now has regional development planning forums, the annual process of planning and budgeting of policies at the local level. The forums begin down from the village level, and then advances to a higher level such as districts, regencies and provinces. In this process, people meet to discuss issues facing their own communities. They can participate in formulating policies that will be formally approved by the local government planning agency.

With all its deficiencies, the forums are much more representative and nicely fit with decentralization compared to the GBHN, at least in theory.

The idea of strengthening the MPR is also problematic. In the past, the MPR was the supreme body above all institutions, including the president, whereas our system now only acknowledges the checks and balances among equally strong institutions.

To some extent, we can understand the dilemma faced by the central government in dealing with independent regional governments.

The central government wants its development programs to be effectively executed but the setting of political institutions at times thwarts this purpose.

The contention seems to be always about how to strike a balance between our unitary state and regional autonomy, or about the degree of effectiveness and representativeness.

However, it seems that in recent years, Jokowi’s administration has accentuated the unitary elements, instead of embracing a more pluralistic tone.