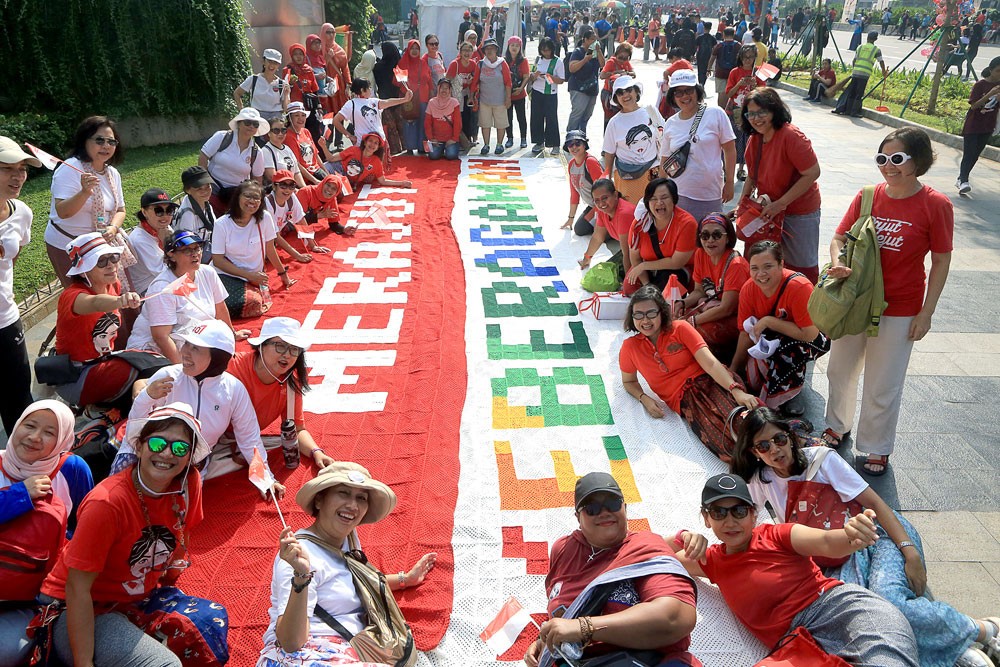 The simultaneous elections have ended, but they have left a frenzy and disputes. A group that claims to be the most moderate in the country is no longer able to display the tenderness and progressive spirit of Islam; it is trapped in political barriers and becoming intolerant. Many seem to be fighting for their spirit of primordialism based on political factions, rather than the spirit of nationalism.

During the presidential and legislative campaign period until polling day on April 17, security forces had managed to secure physical space but they never succeeded in reconciling virtual space.

These simultaneous elections have not managed to assert the next president, the votes for whom are still being tallied by the General Elections Commission (KPU). Whoever wins the presidential seat seems to be a vague figure amid truth claims of “quick counts” of pollsters and “internal counts” of the camps of the presidential contenders.

The elections have instead succeeded in blurring the spirit of diversity. The presidential election, in particular, has considerably affected family relations, friendship and national unity. One camp trumps up the threat of communism while the other raises threats of Indonesia turning into a caliphate, each claim intending to sink the electability of the incumbent Joko “Jokowi” Widodo and his challenger Prabowo Subianto.

It seems public space today, particularly as echoed in cyberspace, allows less discourse for equality and justice, and instead extends the space for discrimination against those who succumb to the rallying cries of each camp.

Many voices of devotees of tolerance and diversity have become silent, turned off by the dominance of partisanship.

Religious conservativism has merged into political ideological conservativism. Religious fanaticism has reached a universal definition; what it preaches is not a religion that many people understand.

Ideological space is now shifting; from religious ideology; moderate-conservative, transforming into a numerical ideology with symbols and political ideology jargon.

Digital space should contribute to expanding social space that we cannot immediately reach, so we could meet amid differences. But this cannot happen when the other is accused of being an infidel and not having common sense.

Intolerance and exclusivism are being increasingly crystallized to be more extreme than any ideology. There must be a way out.

The epidemic of political extremism must be stopped through the instilling, again, of noble values of tolerance and inclusiveness that depart from our ancestral heritage, progressive understanding of religion and based on the philosophy of the Pancasila.