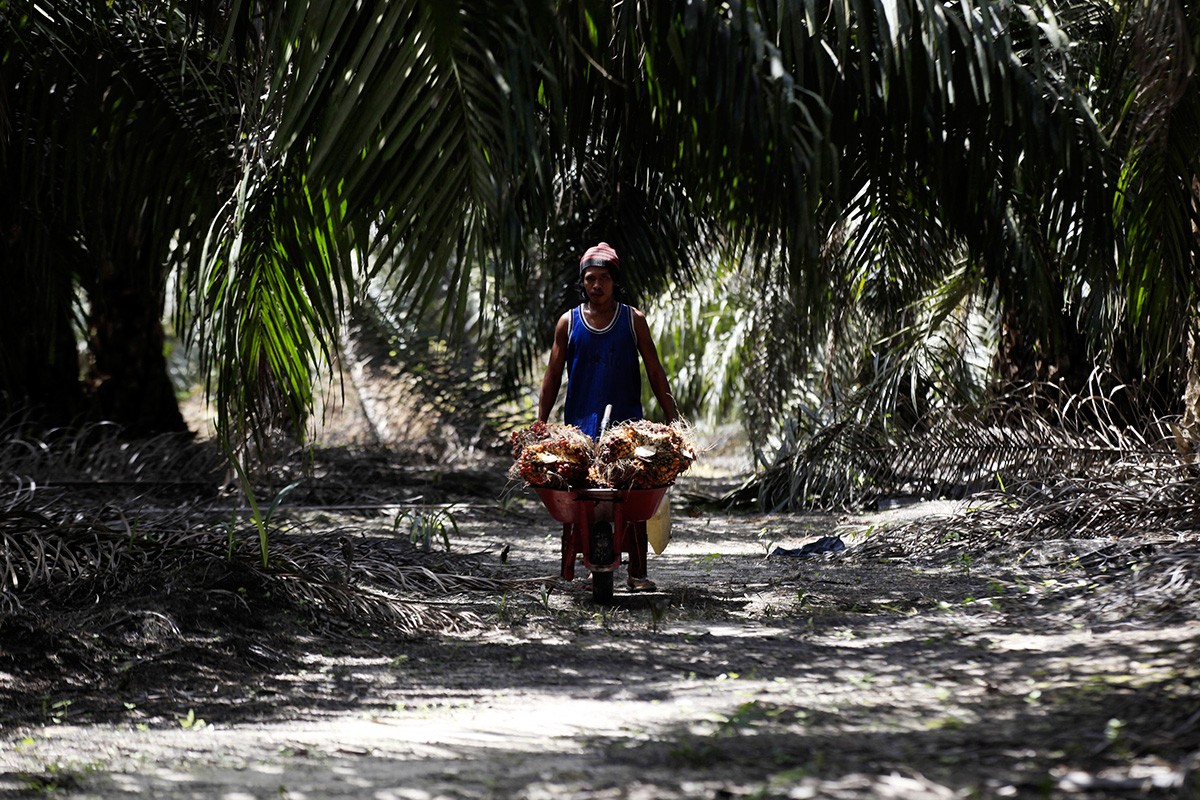 Indonesian palm oil and its derivatives have been under the scrutiny of international environmentalists since the early 2000s. (JP/Dhoni Setiawan)

Indonesia is currently at loggerheads with the European Union over the palm oil trade, which looks as though they might be headed toward a trade war. It’s high time that the two sides find a common ground, as they did in the forestry sector.

The palm oil conflict is just growing bigger and more bitter. Initially, the conflict was between Indonesia and individual EU countries that imposed barriers on palm oil imports. But it is now between Indonesia and the entire EU, following prohibitive legislation by lawmakers in Brussels to phase out palm oil in biofuels by 2021 over environmental concerns.

And the response from Indonesia has been unprecedented. President Joko “Jokowi” Widodo himself made an open call to the EU not to discriminate against palm oil. Vice President Jusuf Kalla went further, saying that the government would retaliate against any discriminatory measures.

Kalla even reminded the EU that Indonesia’s two biggest airlines were both buyers of aircraft from France-based aeronautical company Airbus. The next day, the CEO of Indonesia’s biggest budget airline, Lion Air, indicated that it might turn to Airbus’s competitor.

Trade Minister Enggartiasto Lukito also threatened to ban imports of certain products from individual EU countries that had taken a discriminatory stance on palm oil. For example, he said, he might ban fish imports from Norway following its parliament’s proposal to exclude palm oil biofuels from government
procurements.

Indonesia’s concern over the EU’s parliamentary move is valid. The EU anti-dumping duties, which were overturned recently, had cut down bio-diesel exports to Europe. Once the proposed legislation by the EU Parliament is passed, Indonesia will no longer be able to export its biodiesel to the EU.

Palm oil is becoming more and more important to the national economy. The sector directly and indirectly provides the livelihoods of 16 million people. Moreover, it is the biggest contributor to the country’s foreign exchange revenues. Last year, Indonesia exported 31 million tons of palm oil, valued at US$22.9 billion.

Securing the EU market for Indonesian palm oil is critical for at least two reasons. First, the EU is the country’s second biggest export market after India, and any trade barriers would therefore affect export performance. Second, the EU has one of the most stringent requirements for imports, so securing the EU market would make it easier to penetrate other foreign markets.

Therefore, it is in Indonesia’s interest to break the current impasse. The government can refer to its experience negotiating with the EU on its timber legality assurance system, or Sistem Verifikasi Legalitas Kayu (SVLK), to build a common ground for the two sides to resolve their palm oil issue.

Back in the early 2000s, Indonesia initiated the SVLK as a market mechanism to combat illegal logging to complement its tough law enforcement measures. The way the SVLK works is by providing incentives to timber industry players for trading their products in a sustainable manner. The mechanism also provides incentives for legality by promoting market access for legally verified timber products and blocking market access to illegal timber products.

Using the SVLK, Indonesia then entered into negotiations over the Voluntary Partnership Agreement (VPA) with the EU on the EU’s Forest Law Enforcement, Governance and Trade (FLEGT) action plan. As negotiations progressed, Indonesia adjusted its SVLK regulations in accordance with the strict FLEGT requirements.

After years of negotiations, the EU finally recognized the SVLK in 2016 as a mandatory certification for all timber and wood product exports destined for the EU market, making Indonesia the first country in the world with the authority to issue FLEGT licenses. Today, Indonesia’s certified timber and wood products can enter the EU market without going through the long process of due diligence.

The success of the SVLK in the forestry sector should be used as a model to find common ground between Indonesia and the EU in the palm oil dispute. Toward this end, the Indonesian side could offer its Indonesian Sustainable Palm Oil (ISPO) standard as a platform for negotiating with the EU to ensure sustainable production.

It takes two to tango. This requires the EU to consent to starting negotiations using the ISPO as a starting point, even though the ISPO has been controversial because it was born out of Indonesia’s decision to withdraw from the Roundtable on Sustainable Palm Oil. But the two sides have to start somewhere.

We have recently seen good signs from the EU side, with several ambassadors and representatives from the bloc taking part in an excursion the Foreign Ministry organized to oil palm plantations in Jambi, so that they could conduct their own field observations. And in early May, a delegation from the European Parliament will be in Jakarta to get a first-hand account on the issue.

The government should seize this momentum and start offering a discussion platform. If Indonesia and the EU could succeed in bringing the SVLK on a par with the EU’s FLEGT, they should take the same bold step in bringing the ISPO to fulfill the EU’s strict requirements on sustainable crop production.