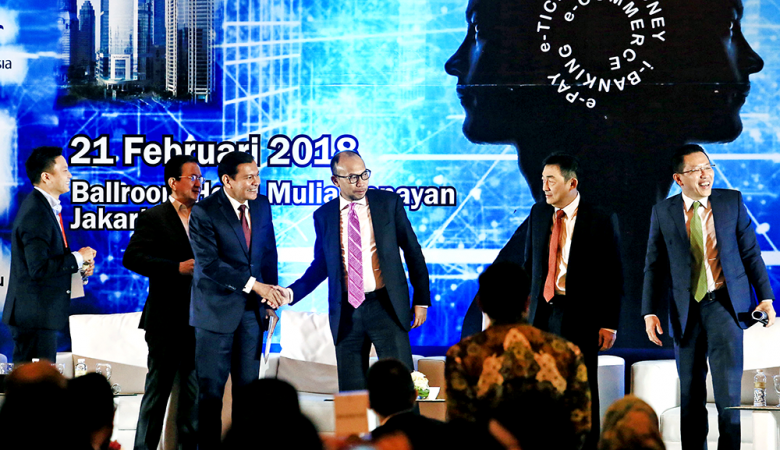 Lenders play an important role in moving the economy forward as they disburse capital to support businesses, a function which has numerous multiplier effects: opening new jobs, driving manufacturing and industry, and many more. Therefore, it’s important to get a big picture of the local banking sector’s outlook in the upcoming year. The Jakarta Post’s Sebastian Partogi recently talked to the CEO of Citibank Indonesia Batara Sianturi, who is also the Chairman of the International Banks Association of Indonesia (Perbina). Here’s an excerpt from the interview, edited for length and clarity.

Question: How were the economic indicators of the domestic banking sector in 2017 and how do you forecast the sector’s performance in 2018 based on that data?

Answer: We are pleased to witness the many positive metrics impacting the banking sector in 2017. When we look at all of the key indicators, they all point out to a healthy and resilient banking sector. The sector’s liquidity, for example, as measured by the loan-to-deposit ratio, stood at 88 percent, which indicates that there is ample liquidity in the system. Within the three quarters, or the first nine months of 2017, third-party funds growth stood around 12 percent. The sector has good capital adequacy ratio around 23 percent, and banking credit portfolios are at a healthy level, with gross non-performing loans at below 3 percent (net NPL at 1.2 percent). The sector has enjoyed also a low interest rate environment from Bank Indonesia’s monetary policy. Therefore, the banking sector has benefited from these conducive factors, and in 2018 is ready to spur the growth of the real sector, as long as we see increased demand for working capital and capex.

What will be the domestic and international factors which drive this positive outlook?
Citibank Indonesia forecasts that by the end of 2017, our gross domestic product (GDP) would grow at 5.1 percent, thus a relatively steady growth. Indonesia now belongs to the US$1 Trillion GDP Club, referring to countries whose GDPs surpass $1 trillion. Indonesia was also upgraded by Standard & Poor’s to investment grade recently.

Furthermore, another piece of good news has just arrived from the World Bank’s ease of doing business report, where Indonesia has been upgraded from 91st position last year to 72nd position this year, improving our rank by 19 points. We, however, still have homework to do because we still lag behind our ASEAN peers – Singapore now ranks second, Malaysia 24th, Thailand 26th and Vietnam 28th in this year’s report. We are ahead of only the Philippines, which dropped to the 113th position this year after it ranked 99th in last year’s report.

On the domestic front, in 2018, inflation will be within Bank Indonesia target. Furthermore, with the prospect of the US Federal Reserve Bank (Fed) increasing rates in 2018 we expect no further rate cuts from Bank Indonesia between 2017 and 2018.

What will be some of the international and domestic risks that could possibly affect the banking sector?
There are some international risk factors for 2018. For instance, a hard landing in China, the impact from the US upward interest rate cycle, global central banks’ balance sheet reduction and geopolitical tension in North Asia.

Domestically, there is always a risk of commodity price decline. Also 2018 and 2019 will be political years. In the second half of 2018 we will have the regional elections and in 2019 we will have a general election. We hope for a smooth process without any negative impact to disrupt foreign direct investment (FDI).

What are your main programs for Citibank Indonesia in 2018?

In Consumer Banking, we just re-launched our wealth management business – Citigold – and increased the minimum balance requirement by 100 percent, from Rp 500 million (US$36,700) to Rp 1 billion. This demonstrates our confidence in the growth of the affluent socioeconomic bracket in Indonesia. We will also continue to focus on integrating our mobile banking platform, to provide one gateway for customers, both Retail Banking and Credit Cards, who hold numerous bank accounts, through the Citi Mobile platform. Works on APIs (Application Programming Interfaces) are also happening in digital banking.

In Institutional Banking, by being a global bank, we also hope to leverage our global network for clients across different geographies, so that they can run their multinational businesses more seamlessly. For instance, if a holding company in China, a client of Citi China, has a subsidiary operation in Indonesia, how should we connect the businesses? Citi China and Citi Indonesia provide that connectivity. We are also seeing interesting new trends whereby our multinational clients are no longer dominated by only big traditional brands like Coca-Cola or Procter & Gamble, but new emerging Asian multinationals, for example from China, Taiwan, Korea and Japan are coming into the picture. They now constitute a growing percentage of our revenues from our multinational business.

This interview also appeared on The Jakarta Post's Outlook 2018.