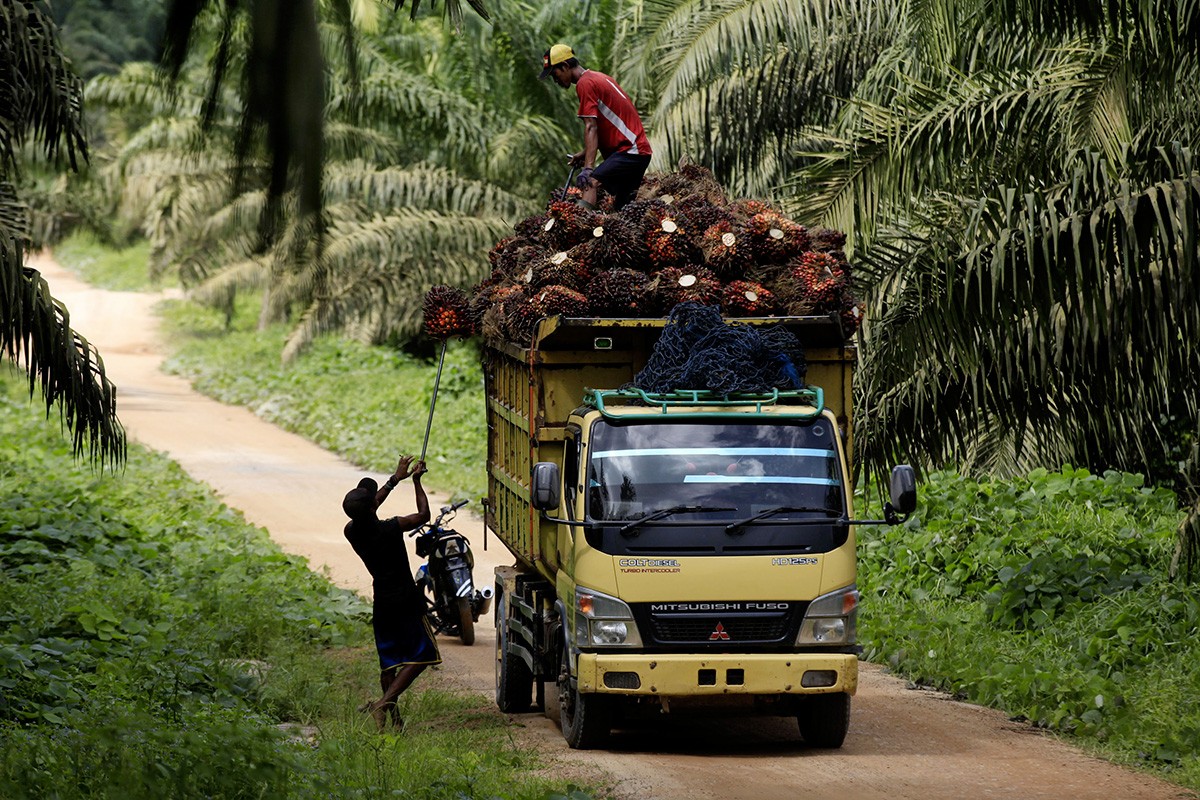 Indonesia is a country with a big surplus of palm oil-based biodiesel and yet it is losing its major export markets one by one. (JP/Dhoni Setiawan)

Indonesia is a country with a big surplus of palm oil-based biodiesel and yet it is losing its major export markets one by one.

Indonesia currently has an installed capacity of around 11.36 million tons of biodiesel per annum, and yet the market — both domestic and export — absorbs far less than half that amount.

While the domestic market for biofuel is still small, absorbing about 2.7 million tons last year, Indonesia is losing its big export markets; first the European Union and now the United States.

Indonesia exported about 1.2 million tons of biodiesel worth almost US$1 billion to the EU in 2012, a year before the grouping imposed dumping duties of between 8.8 percent and 20.5 percent on Indonesian biodiesel producers.

The punitive duties immediately eroded the competitive edge of Indonesia’s biodiesel exports to the EU. Data at the Trade Ministry shows that biofuel exports to the grouping plunged by 96.5 percent to $14.7 million in 2015 before inching up to $29.8 millionin 2016.

Now Indonesia is facing another loss, this time of the US, which last year imported just over 350,000 tons of biodiesel.

Under pressure from its local biodiesel producers, the US has followed the EU’s path, with the US Department of Commerce conducting preliminary anti-dumping determinations on biodiesel from Indonesia and
Argentina.

Its preliminary investigation claims that Wilmar International Ltd. has benefitted from a 41.06 percent subsidy from the government, while PT Musim Mas and other producers received a 44.92 percent subsidy.

The US Department of Commerce has said that it will make the preliminary determination on its investigation on the subsidy accusation no later than Oct. 19 and the final decision will be made two-and-a-half months after the preliminary decision.

The investigation is based on a petition by a group calling itself the National Biodiesel Fair Trade Board, which alleges that imported biodiesel from Indonesia and Argentina has flooded the US market and violated trade agreements, something that has been firmly denied by Indonesian biodiesel players.

Dono Boestami, chief executive officer of the Oil Palm Plantation Fund Management Agency (BPDP Kelapa Sawit), said the US might have misunderstood the disbursement of BPDP funds to biodiesel producers in
Indonesia.

Last year, the BPDP collected a total of $1.2 billion from palm oil exporters. Of the total, the agency redistributed $801 million to the palm oil-based biodiesel industry.

“So, it is not a government subsidy. It is funding collected from the palm oil industry and given back to the industry,” Boestami said during a gathering of Indonesian palm oil stakeholders in the United Nations Development Program (UNDP) in New York last week.

Industry players grouped in the Indonesian Palm Oil Producers Association (GAPKI) suspect that the dumping investigation by the US government against Indonesian biodiesel is not a matter of fair trade, but a result of lobbying by US soy-based biodiesel producers who cannot compete with palm oil-based biodiesel
imports.

Joko added that Indonesia needed a concerted effort led by the government to make a case against the anti-dumping accusations as the current situation in the US had gone beyond the capacity of the private sector
to address.

Trade Minister Enggartiasto Lukito has said the government will ask the US for an immediate review, noting that such subsidy allegations had been raised before and that Indonesia had been able to prove that there was no subsidy.

A delegation of palm oil stakeholders led by Musdhalifah Machmud, food and agriculture deputy to the office of Coordinating Economic Minister, met with representatives of the US Business Chamber and the US-ASEAN Business Council in the Indonesian Embassy in Washington on Friday to assess the latest situation.

Also attending the meeting were representatives of GAPKI, the BPDP and a number of palm oil companies. The Indonesian ambassador to the US, however, did not attend the meeting, although he was in town.

“Hearing from the US business side, I can say that they are happy with us. The problem now is in the government-to-government level,” Supriyono said. “So, our government has to be on the forefront to counter this.”

Indonesia exported 1.08 million tons of palm oil and palm oil-related products to the US last year, including 350,000 tons of biodiesel.

GAPKI executive director M. Fadhil Hasan warned that Indonesia had fewer and fewer choices of export markets for biodiesel as it had lost markets in the EU and now in the US.

Outside the EU and the US, there are almost no major countries that make mandatory the use of renewable energy.

The only hope for Indonesia, according to Fadhil, comes from China. The country is now mulling adopting its B5 policy, requiring diesel to be mixed with 5 percent renewable elements.

If China moves ahead with the plan, it will create potential demand for 9 million tons of biodiesel, potentially huge compensation for the loss of the EU and the US.