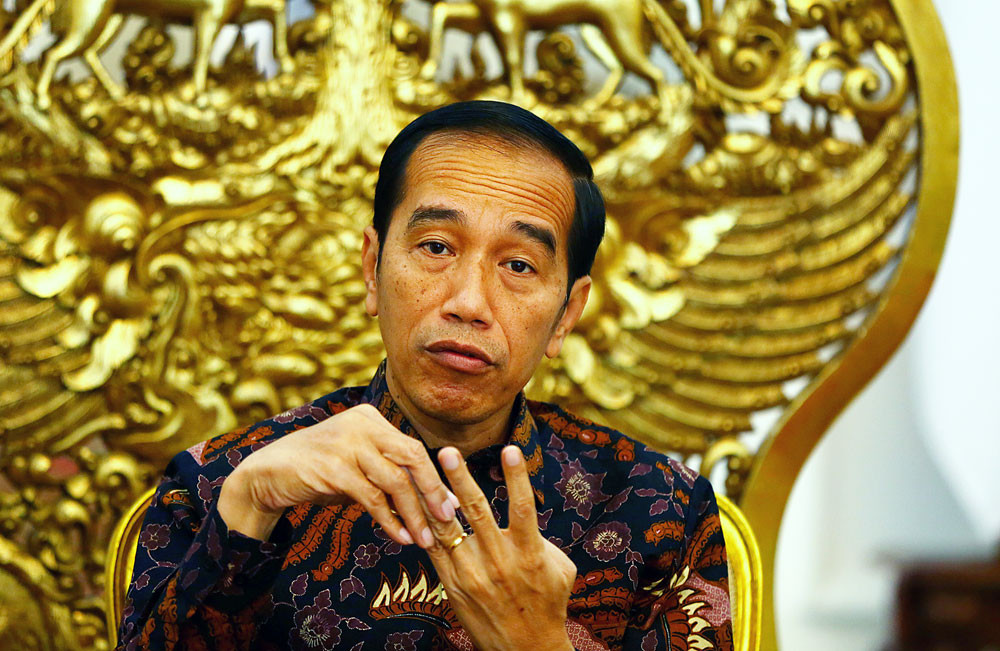 As President Joko ”Jokowi” Widodo prepares to appoint his Cabinet for his second and final term, the public is eagerly waiting to see who gets what. But the most important issue for Jokowi should be how to balance the need to form a professional, technocratic Cabinet and the necessity to accommodate the interests of his coalition.

In the end, the new Cabinet is expected to be a mix of professionals handpicked by Jokowi and those proposed and backed by political parties. But whatever its final composition, the primary goal of Jokowi’s Cabinet should be to improve governance in his second term in order to deliver his programs.

Indonesian governance has shown improvement in recent years, but the country still lags behind other emerging economies.

The World Bank’s Worldwide Governance Indicators (WGI) ranks Indonesia somewhere in the middle between Nigeria at the bottom and Singapore at the top. The WGI looks at the six aspects that shape the governance of a country: accountability, political stability, government effectiveness, regulatory quality, rule of law and control of corruption. Singapore received the highest mark, scoring 100 in almost all indicators.

The WGI covered the 10-year period between 2007 and 2017 at intervals of 5 years. Within these periods, Indonesia’s governance indicators improved, except in accountability, which remains stagnant at 51. Between 2012 and 2017, Indonesia displayed progress in several indicators such as government effectiveness, regulatory quality and rule of law.

Indonesia’s control of corruption improved significantly from 31 in 2012 to 48 in 2017. However this is well below Singapore, which scored 98. This indicates that “uncontrolled corruption“in Indonesia remains at a high level. The recent arrest of Riau Islands governor only confirms this trend.

Improving governance is mostly about building a strong and effective bureaucracy. President Jokowi has repeatedly spoken about the need for bureaucratic reform, and shown impatience with bureaucratic inertia in implementing his programs. The reforms should aim at building a modern, impersonal, merit-based bureaucracy that is competent and effective in delivering public goods and services.

Two entrenched practices that impede the pursuit of good governance in Indonesia are patronage and clientelistic relationships, which originate from electoral politics.

These practices are characterized by elected officials favoring certain groups of people for their support and votes. These favors could be in the form of easy access to state resources, government contracts, special licenses and quotas, or posts in the bureaucracy.

These practices are known to be widespread in the regions, especially in resource-rich areas and where, thanks to regional autonomy, regional heads possess broad discretionary powers to grant licenses to extractive businesses.

Patronage and clientelism also persist in the regions, where the economic base is narrow and economic activities are highly dependent on the local budget. With the huge resources and authority at their disposal, local governments could create artificial scarcity and encourage the growth of economic rent-seekers. Only those with special access to the state through patronage and clientelistic relationships benefit.

Therefore, it is important to diversify regional economies, since the more private sectors grow and the wider the distribution of economic power, the less space for the state to exercise its patronage and clientelistic practices. It could also empower autonomous civil society to scrutinize and discipline the behavior of the politico-business elites in the regions.

Improving governance at the regional level is critical, since around 60 percent of the state budget is spent in the regions under the authority of local governments, including the General and Special Allocation Fund (DAU and DAK) and the recently instituted Village Fund.

Moreover, the Home Ministry has found that the thousands of bylaws regional governments have issued to be problematic, as they breach or fail to comply with central government regulations or national laws. These could be detrimental to regional socioeconomic development, and so should be brought to Jokowi’s attention.

An important source of corruption in Indonesia is widespread patronage and clientelistic politics, which has much to do with the prohibitive costs of electoral politics. Indonesia faces the problem of what Francis Fukuyama has termed as the “sequencing of three basic institutions” that constitute political order: “a modern, impersonal state, rule of law and mechanisms for democratic accountability.”

There are many reasons why corruption impedes economic growth. It distorts economic incentives by channeling resources not into productive uses, but rather into the pockets of officials with the political power to extract bribes. From the fiscal perspective, corruption is viewed as a highly regressive tax, as most misappropriated funds go to the elite instead of to the poorly paid officials who commit petty corruption.

Corruption is very damaging to political order. Public perception that officials and politicians are corrupt reduce the legitimacy of the government in the eyes of ordinary people, and undermine the sense of trust that is critical to the smooth operation of the state. It undermines the effectiveness of the government to deliver public goods and services to the people.