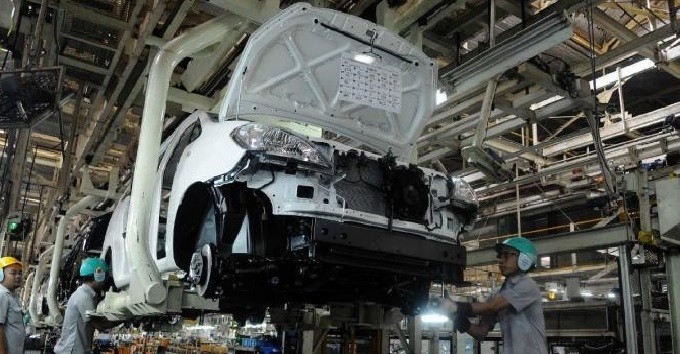 The government overcame both challenges with flying colors. With a few exceptions, most major parties now support Jokowi. And the economy, although not growing as fast as in the past, is chugging along at a respectable 5 percent.

Fast forward to 2018, when the country will hold 170 regional elections. And next year’s budget is ambitious in its growth assumption, but conservative from a financing perspective.
Exports and investment have contributed to growth in 2017. Oil prices may have risen recently, but that is because of tension in Saudi Arabia, which is not expected to remain. So oil and gas exports may not carry the day in 2018. Still, recovering growth in major economies should boost non-oil and gas exports.

This is the upside from global developments. But global economic recovery comes at a cost. As growth recovers, so does the specter of inflation. Hence central banks in the United States and Europe are bracing to hike interest rates. Besides that, they are reducing money supply to normalize their balance sheets. Thus, global liquidity will also trend down.

Planned infrastructure spending in 2018 is almost flat compared to 2017, growing by only 2 percent. One reason for this is that several projects are nearing completion — another is that spending constraints are starting to bite. State-owned enterprises are taking up the slack using innovative funding schemes.

Meanwhile, spending on subsidies will rise. Energy subsidies will rise by 15 percent; non-energy subsidies will decline by 13 percent. This is in large part due to the move to non-cash transfers for subsidized rice. Hence, the rice subsidy, handled by the Social Affairs Ministry, will fall by a whopping 63 percent. Meanwhile, an item to see a huge expansion is the interest subsidy, rising by close to 40 percent. The village fund will also see a large increase as it rises by Rp 1.8 trillion (US$126 million).

In total, subsidy spending, social assistance and village fund spending will rise by around 60 percent from 2017, which looks like a rise in populist spending at the cost of infrastructure investment. But a look at the magnitudes reveals that this is not the case. In fact, the changes in the rice subsidy scheme actually improve targeting.

Policy consistency is as important as the budget numbers. The temptation of policy tinkering remains a risk next year. In the past, we saw price interventions in cement, gas, tolls. These resulted in share price corrections at the affected firms. Going forward, reliance on innovative financing to fund infrastructure projects will rise. Hence, the cost of this kind of intervention will also rise. And intervention at one firm can affect other sectors as well. This can happen when confidence slips.
Maturing debt is constraining fiscal room for maneuver. In 2018 and 2019, maturing government debt will peak at close to Rp 350 trillion. As a result, new bond issuance is also limited for two reasons. First is the deficit limit of 3 percent. Second is the absorption capacity of the bond market. This answers the question as to why the budget deficit next year is set at 2.2 percent, lower than this year’s 2.9 percent.

Another challenge is the rising global interest rate environment. US inflation has trended up in the past 1.5 years and is averaging around 2 percent. Unemployment has declined for almost 7 years to 4.1 percent recently. Thus it is about time the US central bank hiked rates. At the same time it is also normalizing its balance sheet. This will reduce global liquidity and raise the value of the US dollar.
Growth in the euro area has also been rising since 2013. Unemployment has declined in the same period to below 9 percent in September. Inflation, although up from the 2015 level, has not reached a steady level of 2 percent. In fact, core inflation has averaged below 1 percent in the last 12 months. Hence, the European Central Bank (ECB) will start to reduce its monetary expansion but may delay rate hikes until late next year.

The world is not used to the current low level of interest, which is among the lowest in history. Hence, the normalization might entail some over-shooting, meaning the risk of global volatility will rise.
The global interest rate environment, to some extent, affects domestic yields as well. This is already playing out in the domestic market. Foreign ownership of government securities fell from late August to October this year. This raised the 10-year benchmark yield from 6.2 percent in late September to 6.8 percent in late October. Risk premiums (the difference between Indonesian and US Treasury bond yields) also rose.

We need to remain vigilant should similar or greater volatility occur. The government can sell foreign currency bonds early to avoid the worst effect next year. It can also diversify away from traditional sources of demand to get the best cost.

In October this year, government budget assumptions hit most of their targets. But on the revenue side, the risk of a shortfall is quite large. Tax revenue, for example, reached only 67.3 percent of its target. Granted, spending is only 72 percent of the target, but two wrongs do not make a right, and it is now the third year that fiscal revenue falls short of the target. Hence, the risk of another shortfall next year should remain a concern.

Nearing the 2018 and 2019 elections, will rising political tension affect the investment climate? As we see, consumer and business sentiment surveys are sanguine, and the latest Investment Board data release showed that foreign direct investment (FDI) is rising. Third-quarter gross domestic product (GDP) growth also saw a rise in investment. Thus, the short answer is no.

One can also try to pin recent equity market outflows on domestic politics. More likely, slower economic growth and high valuations are the culprits. And as of late, most of the pullout was in the shares of PT Telkom, a bellwether stock, whereas in a few other names foreign presence is actually rising, although in trickling amounts. Massive protest marches in late 2016 and earlier this year in Jakarta hardly dented the stock index.

Hence, we do not see rising political tension affect investment and consumer spending, but will it affect government spending? Past experience suggests it will not, at least not much. There will likely be some rise in populist programs, but the size is small enough not to matter. As we see in the 2018 budget, the shift from rice to a direct subsidy hardly raises the cost, and in fact it improves targeting. Raising energy subsidies, rather than being a handout, is aimed at maintaining purchasing power.

Moving ahead, monetary policy normalization raises risks from the global side. High global equity valuations, along with enormous debt levels, will amplify volatility.
From the domestic side, the main risk is that fiscal revenue again might fall short of its target. In the medium term, the key is to both find more revenue sources and raise spending efficiency. But raising revenue must not result in killing the goose that lays the golden egg.
With these challenges, the cost of dropping the ball this time is huge. Hence, we need extra caution and more frequent strategy reviews.