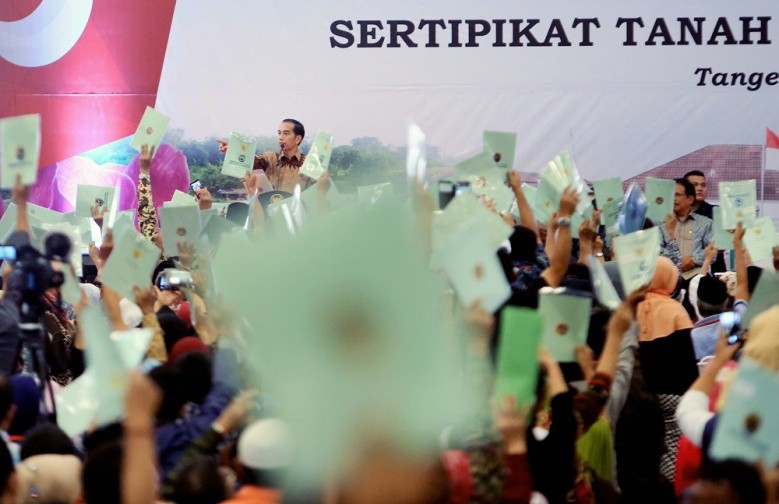 While the public was debating the government’s decision to relocate Indonesia’s capital from Jakarta to Kalimantan, there were fears that the House of Representatives would ratify the draft land bill in September. Thankfully, the deliberation of the bill and a number of others were delayed.

Experts and environmentalists had criticized what they feared would be a hasty decision to pass a land bill they deemed to be inadequate in terms of handling land-related problems.

Indonesia is facing five agrarian crises: ownership disparity between investors and farmers, growing conflict between stakeholders in the industry, widespread ecological damage, rapid change in designation of function from farming purposes to nonfarming purposes and poverty as a result of the ownership disparity. The new land law should at least address these five agrarian crises.

The latest draft land bill raises questions over whether the purpose of the future land law is to protect society’s interests or whether it leans more toward economic interests, such as facilitating investment activities.

While land is both a social and a capital asset and serves a common interest in a community, land also serves to boost the economy in various ways, such as in capital investment and infrastructure development.

This limited valuable asset has to be able to accommodate both societal and economic needs. Therefore, Indonesia indeed needs a new or revised Land Law; however, any law or regulation related to land must be able to fairly cater to both these needs.

There are several key concerns with the current land bill.

First, the bill creates a new type of land title for the state in the form of the right to manage (HPL), whereby currently only state-owned enterprises can hold such title. This undeniably revives the colonial concept of domein verklaring (land belongs to the state when ownership cannot be proven) that had previously been removed through the 1960 Basic Agrarian Law. A new land law would have to give the state the full mandate to control land through the right to manage (HPL), which would worsen conflicts related to land with HPL status.

Second, the current land bill still gives priority to major investors in the plantation industry to control people’s land in the form of the right to cultivate (HGU), despite a maximum limit to ownership on the part of the company.

A third concern is that the land bill does not regulate information transparency related to the HGU, even though the Freedom of Information Law and a Supreme Court ruling have already mandated such transparency.

Fourth, the land bill lacks provisions that protect the rights of indigenous peoples. It is most often these people who are disadvantaged when their land is used for economic interests, whether investment-related, such as for plantation or mining, or for government infrastructure projects.

A fifth concern with the land bill is the void in agrarian conflict resolution. The draft indeed provides for the creation of an agrarian court. However, there are many procedures along the way, such as regulation implementation, Supreme Court assent, state budgeting and coordination with various institutions, not to mention the need for recruiting judges to be competent in all aspects of land-related issues.

It seems that the government wishes to have all agrarian conflicts resolved through a court system, but the current situation indicates this would be insufficient. The 2018 year-end report of the Agrarian Reform Consortium (KPA) comprising several NGOs reveals that in 2018 there were 410 agrarian conflicts spread across over 800,000 hectares, involving 87,568 households in various provinces.

Under the administration of President Joko “Jokowi” Widodo, from 2015 to 2018 there were at least 1,760 agrarian conflicts. The KPA report also shows that 60 percent of the conflicts occurred in the plantation sector and the rest in the property, agricultural, mining, forestry and coastal sectors. This shows just how massive and widespread the nature of agrarian conflicts are, thus a court system would only play a supporting role, while the main part of the solution should involve a more comprehensive policy and a social approach.

Lastly, the land bill regulates the formation of a land bank that can provide information regarding the statuses of various land sites. This raises the question of whether the purpose is to further the interests of society or a reaction to investors’ complaints about the problems they face in land acquisition. Perhaps what is needed today is strengthening the function of the relevant institutions, such as the Agrarian and Spatial Planning Ministry, National Land Agency (BPN) and Environment and Forestry Ministry.

Therefore, it is best that for the time being the House of Representatives postponed ratification of the land bill. It should perhaps put more weight and consideration on philosophical, ideological, sociological, historical and ecological aspects.

The land bill must accommodate the interests of all stakeholders in a just manner and help to eradicate, rather than widen, the doors to further maladministration in the land sector.