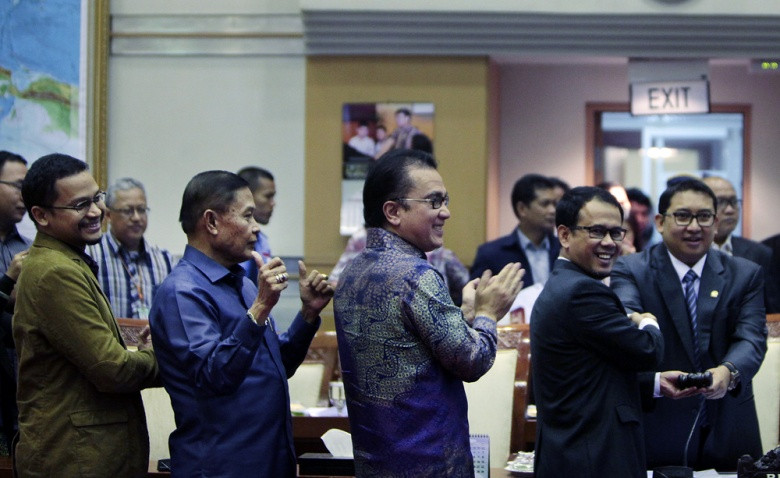 Today we are witnessing postelectoral politics dominated by coalition dynamics among parties winning seats in the 2019 general elections, especially within the winning coalition of President Joko “Jokowi” Widodo.

On the one hand, Prabowo Subianto, Jokowi’s rival since the 2014 presidential election and the most prominent personification of anti-Jokowi sentiments, either met with Jokowi or approached winning party leader Megawati Soekarnoputri of the Indonesian Democratic Party of Struggle (PDI-P). Such maneuverings from the elite generate uncertainty about both the short-term and long-term future of coalition-building in Indonesia.

The Gerindra Party followed Prabowo’s maneuver by dramatically shifting its public language, no longer strongly criticizing Jokowi’s administration. On the other hand, seemingly without the initiative or influence of Megawati, four leaders of Jokowi’s coalition parties that won seats at the House of Representatives for the 2019-2024 term consolidated themselves.

Surya Paloh, leader of the Nasdem Party, initiated a leaders’ meeting of the other three parties (Golkar, National Awakening Party PKB and United Development Party, PPP) at his party headquarters in Central Jakarta — known as the “Gongdangdia Camp” — when Prabowo visited Megawati’s house at nearby Jl. Teuku Umar, the “Teuku Umar Camp”.

The National Mandate Party (PAN), however, seems to have dissenting opinions among the chief of its executive board, the current speaker of the People’s Consultative Assembly (MPR), Zulkifli Hasan, and the party’s patron Amien Rais on whether to align themselves with Jokowi’s second administration.

The Democrats of former president Susilo Bambang Yudhoyono are still biding by his traditional wait-and-see stance after the public learned of Prabowo’s maneuvers ahead of Jokowi’s second term. It is only the Prosperous Justice Party (the Islamic PKS) that lacks options other than maintaining its anti-Jokowi line.

Why do coalition dynamics always occur so fast after electoral results are announced in Indonesia, even preceded by such heated polarization between Jokowi’s and Prabowo’s camps? Why do supporting and opposing camps change rapidly? Three theses may explain this phenomenon. First, scholars on Indonesia (such as the studies of Dan Slater published in 2004 and Kuskridho Ambardi in 2009) agree that Indonesian politics is trapped in cartelization.

The joining of Golkar and PAN with Jokowi’s coalition through Cabinet reshuffles after firmly supporting Prabowo’s presidential race in 2014, Golkar’s alignment with Yudhoyono after its then-presidential candidate Jusuf Kalla, then the party’s chairman, lost in the 2009 election, and the large number of parties moving to Yudhoyono’s side after he won the first direct presidential election in 2004 to some extent shows the characteristics of a cartel: that competition either for office or for policy ends when the election ends.

Back in 1995, Richard S. Katz and Peter Mair suggested that “cartel [political] parties” pursue, maintain and benefit from state resources through ministerial posts. There is no competition but negotiation for proportion of cabinet portfolios. This argument best explains the corruption case of the Hambalang Sport Center in Bogor, West Java, which was dominated by Democrat politicians as the infrastructure project was under a ministerial post held by a Democrat. The meat import scandal was dominated by PKS functionaries and sympathizers. Both cases were revealed during Yudhoyono’s second term.

Secondly, politics of the post-2019 election shows almost no ideological distance in Indonesian parties, especially within their central boards. Though research shows that local party rank-and-file cadres and sympathizers assert an ideological distance along the spectrum of Islam-nationalist/Pancasila, as cited last year by researchers Edward Aspinall, Diego Fossati, Burhanuddin Muhtadi and Eve Warburton, such fluid coalition-building shows that political elites seem to lack assertive behavior on issues related to the economic/class and religion-nationalist ideological spectrum.

Another Indonesianist, Marcus Mietzner, contends that such “centripetal” moves among parties — parties moving to the center of the ideological spectrum — have made Indonesian politics become more stable relative to the party system of 1950s, which saw much political turmoil.

“Stable” does not necessarily mean an ideal political system. I propose a third thesis, that political personalization has been the reason for why coalition politics in Indonesia are so fragile. In most cases, elites and prominent figures within the parties do not follow the way of how political parties regulate and limit their power.

Reversely, the party follows the will and power of the elite. My study proves that structural changes and shifts of the rule of the game within the parties are simply created in favor of the party’s prominent leaders.

Most party leaders who were previously settled in advisory bodies have shifted to the highest posts of their executive board. Party founders Surya, Yudhoyono and Prabowo, who had previously moved from a leadership post to chair their parties’ advisory bodies, have returned to lead their executive boards. The creation of PAN’s advisory body to put the party’s prime figure and founder Amien Rais in his “proper place” and the stronger authority of the PKB’s dewan tanfidz (executive board) held by Muhaimin Iskandar for over a decade are examples of party personalization.

Such fragile coalition-building exhibits the most tangible excess of party personalization: The decisions and political preferences of a party as an organization with vertical and horizontal structures simply follow the preferences of party leaders, without any inclusive decision-making processes.

From a helicopter view, Indonesian party politics lags behind compared to other systems of multiparty presidentialism, especially in Latin American democracies. While the coalitions’ decisions and their dynamics in Indonesia are the party leaders’ “secret garden”, dozens of other presidential democracies have legislated primary elections held either by state, party or coalition of parties in determining presidential candidates prior to their registration to their countries’ election management bodies. Researcher Eva Estaun noted that 14 out of 19 Latin American democracies put primary elections into the state’s system of electoral law.

For instance, a year prior to the general elections in November 2013, both coalitions of Nueva Mayoria and Allianza in Chile held their coalition primaries, where each party within the coalition could propose and campaign for their coalition’s presidential candidate. Such experiments of initiating a political block amid a multiparty system is the essence of so-called coalitional presidentialism.

Such institutionalizing of a party system by regulating coalitions should be studied to identify the factors needed to build a stronger, more persistent and more prudent coalitional presidentialism in Indonesia.