Property market: light at the end of the tunnel

On the basis that the economy will pick up marginally next year, we anticipate growth in the property sector not to differ much from 2017 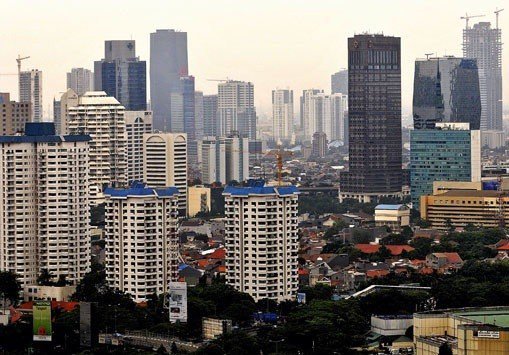 On the basis that the economy will pick up marginally next year, we anticipate growth in the property sector not to differ much from 2017

No matter what you’re going through, there’s light at the end of the tunnel. That is quoted from Demi Lovato, who started her career as a child actress in Barney & Friends and then grew up to be one of the most popular female icons. Her successful transformation did not happen without hard work and sacrifice.

A similar notion was expressed at a forum of property developers and investors in Jakarta in November. During the event entitled “Property Leaders Dialogue” hosted by Savills Indonesia, panel experts — from top-tier developers like Lippo Group, Sinarmas Land, Ciputra, KG Global, Farpoint and the fast-growing state-owned enterprise (SOE) PP Properti — all expressed the same enthusiasm and confidence about the property sector, despite the “market glitch” we have been through over the past two years.

I am sure we all agree with their enthusiasm, considering the huge potential of the Indonesian market — supported by a rising middle-income segment, a significant affluent population, rapid urbanization as well as massive infrastructure development combined with government efforts under President Joko “Jokowi” Widodo to keep the economy and business activity up and running.

However, we also know that enthusiasm and optimism must be accompanied by hard work and persistence. Property leaders at the Savills event were all on the same page about what we need to resurrect the market from the status quo: focus and persistence. Together, developers must focus on delivering quality products and consistently innovating to attract buyers and create new demand. That kind of attitude is necessary to overcome challenges and issues in the market today — in order to accelerate and achieve structural recovery in the near future.

How bad is the market?

Many analysts have been debating whether domestic purchasing power is really declining. Some major outlets at Jakarta shopping malls are planning to close. In middle of the year, the 7-Eleven convenience store chain closed 160 outlets throughout the country. The closure of the outlets is perceived as evidence of a drop in consumer spending, a view backed by data from the Central Statistics Agency (BPS) that shows lower household spending growth entering the second half of 2017.

While the real cause of such closures is debatable, we believe local consumers and buyers still have purchasing power, yet people have begun to manage their spending as a precaution to save up for a rainy day. Our view is primarily based on observation, which is verified by the latest survey from the Indonesia Deposit Insurance Corporation (LPS) that shows that total bank savings had increased — amid a lower interest rate environment — which simply tells us that people still have the money.

The other clue for why we think the market still has buying capacity are the unprecedented sales recorded at a number of astounding township projects, such as Meikarta (by Lippo Group) and various student apartment projects (by PP Properti) this year. Due to the attraction created by a good concept and appealing prices — combined with a developer’s quality and track record, these projects can achieve significant sales — far beyond their peers in the marketplace.

So what are the challenges next year?

When the market had to deal with the impact of the global financial crisis back in the 2008-2009 period, the positive sentiment at the time helped us weather the adverse effect, which resulted in a V-shape recovery with a strong upward trajectory during 2011-2014 boom. It was optimism about the domestic economy and business environment that made the local property market resilient and helped it outperform most other markets in the region.

However, we also know that soaring property prices — as a result of the high growth period of 2011-2014 — stalled market development in the last two years. In our view, this is likely to remain a major challenge for the next year. Furthermore, property taxation is also seen as a burden, especially in the upmarket segment with the luxury value added tax (VAT) and super luxury withholding tax.

On the other hand, economic policy packages issued by the government last year are expected to take effect gradually by bolstering market activity. Also, the central bank’s decision to cut the benchmark interest rate should be viewed as a potential catalyst to generate more transactions in the market. On the basis that the economy will pick up marginally next year, we anticipate growth in the property sector not to differ much from 2017. With elections looming, we are likely to see some escalation in sociopolitical tension that could be transmitted into business and economic activities.

Yet, as we believe people still have buying capacity, it will be up to developers to color the market next year. History tells us that the property market decoupled from the sociopolitical environment during the election year of 2009. Again, optimism and confidence driven by all stakeholders played a big role in it, and there is a strong case that this will happen again this time.

For sure, developers need to find right formulas to come up with effective plans and projects. In our view, the best strategy for next year is to focus on where the real demand is — the end users. While investors may need more time to nail down decisions in current market conditions, end user demand (particularly in the middle segment) will remain and continue to grow along with population growth, rising affluence and lifestyle changes.

In addition, to overcome the challenge of pricing, we think projects with affordable prices will be easily absorbed and outperform the market. If euphoria can be built in the middle segment (i.e. the mass market), I believe it can also be extended to other layers of the market.

Meanwhile, the outlook for each of the property market segments in Jakarta will also be determined ongoing trends as well as the current and future state of supply and demand — as presented below.

Jakarta needs lots of residential properties to (1) accommodate its population growth; (2) catch up with the backlog; (3) satisfy the appetite of local investors, including those from other cities. Not only that, demand also comes from people living in surrounding cities (Bogor, Depok, Tangerang and Bekasi) but working in the capital city, thus needing weekday accommodation, and from university students who need accommodation close to their campus.

Since the last decade, land scarcity in Jakarta has forced developers to focus on building apartments instead of landed houses. As land becomes more scarce and costly, apartment prices in Jakarta should also rise. As such, more recent projects are now being developed on the outskirts and Bodetabek region to target a wider segment. With less inventory, apartment sales in Jakarta have moderated, as opposed to the sales growth in Bodetabek.

Furthermore, slow market conditions continue to put downward pressure on sales, which is seen to bottom this year. In a moderate scenario that assumes that the effect from the election period is neutral, we expect to see a slight increase in sales next year, supported by robust opportunistic buying, which is likely to continue during the election year.

Due to worsening traffic congestion, the need to have residential projects linked to (or within the vicinity of) transportation networks (such as KRL, busway and the planned LRT/MRT) has never been this high. As such, the Jakarta administration must plan and encourage more development along the routes by providing special incentives related to permits and taxes to attract developers and SOEs to participate in the initiative.

We might be wondering why retailers must close some of their stores while malls across Jakarta are always packed? The thing is, malls are only packed during weekends, and mostly they are packed with patrons who come just for eating and window shopping — or hunting for closing sales!
As such, it is understandable that some outlets might have cash flow problems due to a lack of sales. Unfortunately, that’s a general description of what has been happening in the retail sector over the past couple of years.

As consumers shift their spending from shopping to vacationing to break free from stressful Jakarta (this trend is also supported by the expansion of budget airlines) or to bank savings (to prepare for worse economic conditions), retailers are struggling to keep their sales at profitable levels, lest they join the “deceased” list. With retailers focusing on sales at their existing outlets, demand for retail space to expand or open new stores is muted. This continues to drag the occupancy of malls in Jakarta down, albeit to still healthy levels so far (in November, it stood at around 88 percent).

Looking ahead, the market will receive around 400,000 square meters of new supply in the next three years. As supply is anticipated to grow somewhat faster than demand (in view of conservative consumer spending), mall occupancy is projected to decline further.

Meanwhile, the growth of online platforms and the Internet of Things (IOT), which is supported by more affordable smartphones and user-friendly apps, has changed many aspects of our life (including the way people shop). This disruptive power, though still small, should not be neglected by mall developers and owners. Instead, preparing an integrated system of both online and traditional retailing might help to save the business in the future.

The last two years saw the office sector in Jakarta suffer from a massive imbalance of supply and demand, which has resulted in rising vacancies — from as low as 5 percent in 2014 to the current level of 22 percent (as of November 2017).

Excess supply in the Jakarta Central Business District (CBD) is predicted to rise until next year as a result of significant scheduled completion. Furthermore, the anticipated rise in vacancy is seen to provide continued pressure on rents, which are expected to fall by 15-20 percent in the next two to three years. This, on the other hand, will surely benefit existing and prospective tenants to secure good deals with landlords. So, better not to wait!