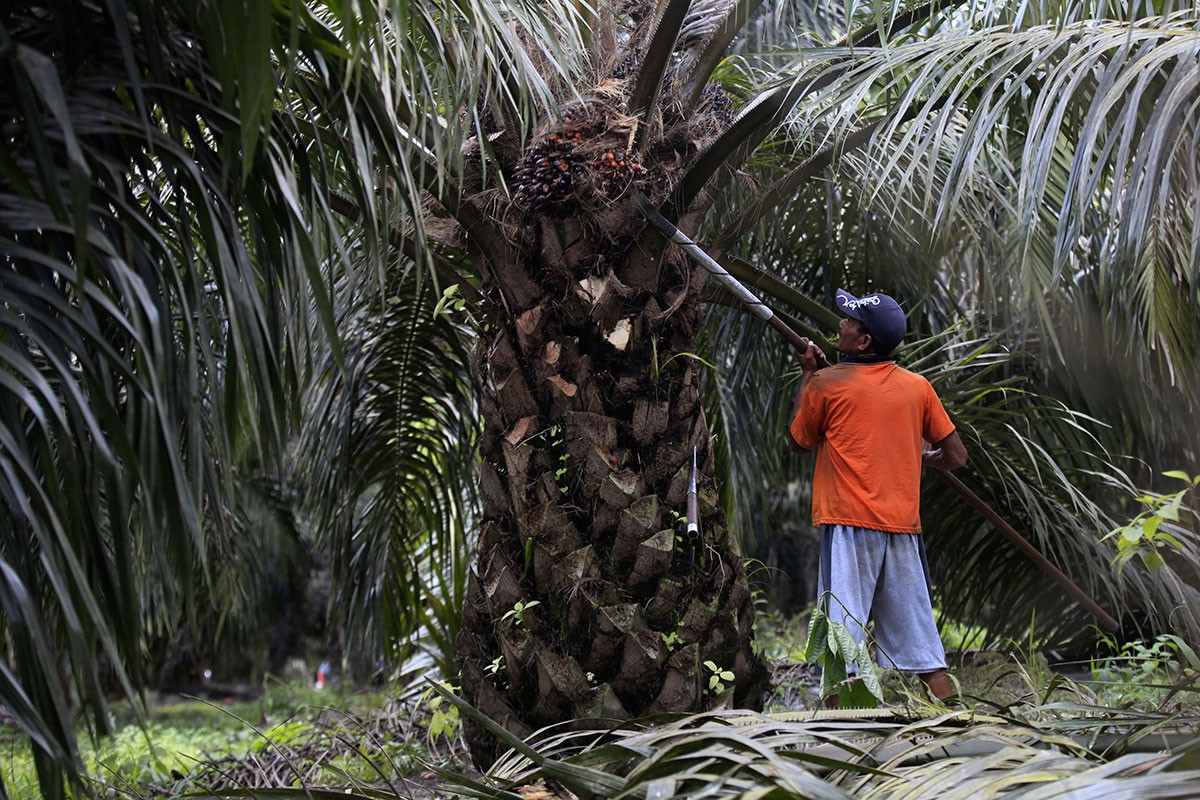 Currently, smallholders’ productivity is the biggest problem in the industry. (JP/Dhoni Setiawan)

Three unrelated events happened in October and November; each points to the future of palm oil production from different perspectives, and each draws attention to the fate of smallholders.

The first event was in Musi Banyuasin, South Sumatra, where President Joko “Jokowi” Widodo launched an oil palm replanting program for over 4,400 hectares of plantations belonging to smallholders.

The aim of the program was obvious: to increase the productivity of smallholders and thus, improve their welfare. Currently, smallholders’ productivity is the biggest problem in the industry.

Around the same time, a Gecko Project investigation report on “The Making of a Palm Oil Fiefdom” was released. The ninemonth investigation delved into land deals, corruption, power and politics behind the development of oil palm plantations in Seruyan district, Central Kalimantan.

The report details how big oil palm plantation companies get their land in a democratic Indonesia, and when they want to develop plantations for their plasma smallholders, as demanded by locals, the land is no longer available (see www.thegeckoproject.org).

The fate of smallholders was again discussed in the 13th Indonesian Palm Oil Conference (IPOC) over the weekend, the world’s biggest event for palm oil players.

GAPKI chairman Joko Supriyono acknowledged that improving smallholders’ productivity is also in the interest of big oil palm plantation companies and the country, as it will reduce the conversion of land into oil palm plantations.

For private plantation companies, pursuing growth through land expansion is not an easy business. In addition to the existing moratorium imposed by the government, land availability for plantation expansion has become scarce.

Thus, improving plantation productivity, especially among smallholders, is the only available avenue to continue increasing palm oil output, while at the same time maintaining Indonesia’s position as the world’s biggest producer and exporter of the commodity.

GAPKI estimates that Indonesia’s output of palm oil and palm kernels will reach 36.5 million tons this year, representing a 12 percent increase from last year. Of the total, 30 million tons are exported to various countries, bringing in a total export revenue of around US$20 billion — the biggest contribution to Indonesia’s total exports.

Indonesia’s palm oil production comes from 11.7 million ha of plantations, 43 percent of which belongs to smallholders. They include independent smallholders as well as plasma farmers affiliated with big plantation companies.

Indonesia’s figure of 2 to 3 tons per ha is just too low. A combination of factors is at play here. Either the oil palm trees are too old, over 25 years of age, or farmers use low quality, uncertified seeds and do not perform sound agricultural practices.

The government estimates that a total of 2.4 million ha of smallholders’ plantations are in dire need of replanting.

Farmers, however, do not have the capital for replanting. Therefore, the government — through the Oil Palm Plantation Fund Management Agency (BPDP Kelapa Sawit) — initiated the replanting using funds collected from fees of palm oil exports.

Funding is not a problem here, as last year alone, the BPDB collected a total of $1.2 billion from export fees, including funds carried over from 2015. The problem lies elsewhere, though, as the land of many smallholders has no titles.

The government has recognized this problem, too, especially after last month’s launching of a replanting program in Musi Banyuasin. Of the total 4,447 ha allocated for replanting in the regency, only 2,836 ha were declared clean and clear.

Through replanting and improved agricultural practices among smallholders, the government targets to boost Indonesian oil palm plantation productivity to 8.5 tons per ha.

When productivity increases, more farmers will enter the palm oil sector as it promises better welfare. Oil palm farmers generally have a much higher income per capita than their peers in other farming sectors.

Combined with the government’s land reform policy, which will distribute more land to farmers, the plantation areas of smallholders will continue to increase. In the meantime, corporate plantation areas will not grow significantly.

When that happens, the palm oil industry will not only contribute bigger export revenues to the country, but more importantly, it will have a bigger role in alleviating poverty in Indonesia’s rural areas.

This article also appeared in The Jakarta Post, November 6, 2017 edition.