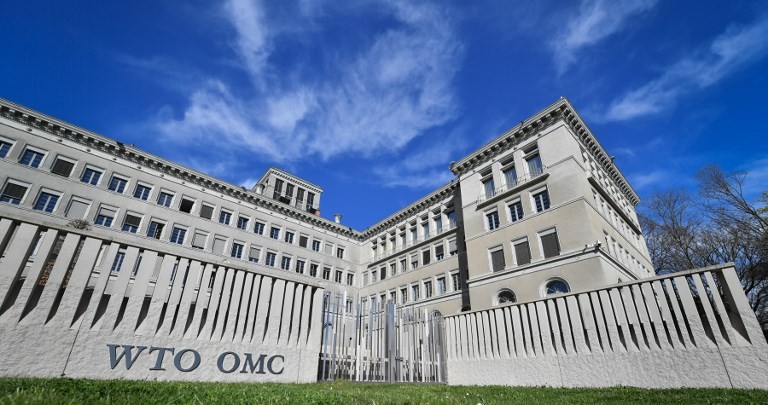 The World Trade Organization is set to release its latest forecasts as trade tensions between the United States and China ratchet up. (Agence France-Presse/Fabrice Coffrini)

The World Trade Organization has had limited success in its trade agenda; the 2001 Doha round was inconclusive. This has separated countries in pursuit of their own trade agenda outside the WTO but still within the multilateral framework. The United States and the European Union were avid supporters of the multilateral trading system until US President Donald Trump drove the agenda into the opposite direction. There are many lingering questions amid US-China, Japan-South Korea and other disputes. What now? Where now?

To understand future trade directions, we must review the WTO’s current standing vis-a-vis the future trade agenda. The dispute settlement mechanism is pivoted to shaping the rule of law of future trading systems. The comprehensive guide to the interpretation and application of the WTO agreements by the appellate body contains extracts of key pronouncements and findings from tens of thousands of pages of WTO jurisprudence, including panel reports, appellate body reports, arbitral decisions and awards, and decisions of the WTO committees, councils and other bodies.

While the WTO is reshaped and countries have taken bilateral and multilateral approaches, the “where to” answer is wrapped under trade mechanisms established over decades. Many countries today address trade mechanisms with trepidation. Trade agreements have grown to be what we affectionately refer to as “economic drivers”. The very same agreements have proven to be an encumbrance in search of remedies in its very own imbedded discrepancies, such as trade gap or imbalances.

Collaboration is the trending solution, while the economy rests on three crucial elements: geographical, demographics and skills. The 21st century asks for different kinds of collaborations for economic growth. Thus far, we sit on the negotiation table vying with the need to defend our lists of trade in goods, while putting up a nontariff barrier on trade in services and protecting aspects concerning national interests.

While national interest is off the table and we all must adhere to that, trade in goods has lost its luster for most governments; the success to trade in goods is the dominance of global supply chains, and only few have mastered the domain.

This leaves us with the reality of our human resources’ demographic burden (lack of skills and education), the demographic infrastructure burden of the faulty or incomplete planned projects (such as special economic zones, roads, rails, air) that dumps in huge investment but lacks the capacity to deliver full results.

Each country has an unresolved piece of the infrastructure or components that, if well collaborated, can form a good basis of a global supply chain. When two countries collaborate to combine the needs of its infrastructure, they can form a distinct advantage over mutual problem solving, such as an effective division of labor, the incorporation of information from multiple sources of knowledge, perspectives and experiences and enhanced creativity and equality of production and trading base. The solution to closing the trading gap is to close the engagement gap and collaborate on manufacturing facilities, supply chains, trade routes, facilities and technologies that will facilitate seamless trade of goods from multiple countries.

For example, Indonesia could collaborate with Singapore to export to Africa; why is this necessary? Singapore geographically and historically has trading relations with Africa; the familiarity of the routes and bureaucracy has been established.

Indonesia, if directing exports to Africa, even via a trade agreement, will not be able to deliver maximum mileage as economic and bonded zones. The infrastructure and other domestic issues account for additional cost, not to mention the lack of established relations that may compromise the competitive edge to reach more markets externally.

The future demands that we identify such countries to partner with to leverage their strengths for us to get mileage. Any enterprise with serious global ambitions realizes that to compete globally means they need to effectively source globally. Effective collaborations with supply chain partners requires that your organization shares valuable information in real time; this requires technology, automation of business processes and transactions, using the internet or propriety tools and the hard infrastructure that are strategically placed and fully equipped to serve its purpose.

The major obstacles in analyzing issues on trade and infrastructure involve identifying the aspects that have direct effects on trade. This is a conceptual challenge as infrastructure plays a direct and an indirect role on trade performance. One way of going about this is the definitional problem, according to the 2012 Global Enabling Trade Report; defining factors which enable trade includes domestic and foreign market access, efficiency of customs administration, efficiency of import-export procedures, transparency of borders, availability and quality of transport infrastructure and services, availability of the use of information and communication technologies, regulatory environment, including access to trade finance and physical security.

Needless to say, it is very difficult for one country alone to have this type of format, perfected to manifest healthy trade practices, hence the solution here is to collaborate with those who have such facilities in place and passed the test of time.

In conclusion, the future is collaboration, and in closing the trade gap, one needs leverage to get the millage. Competing with a neighboring country is a waste of time, collaborating is a much more practical approach.