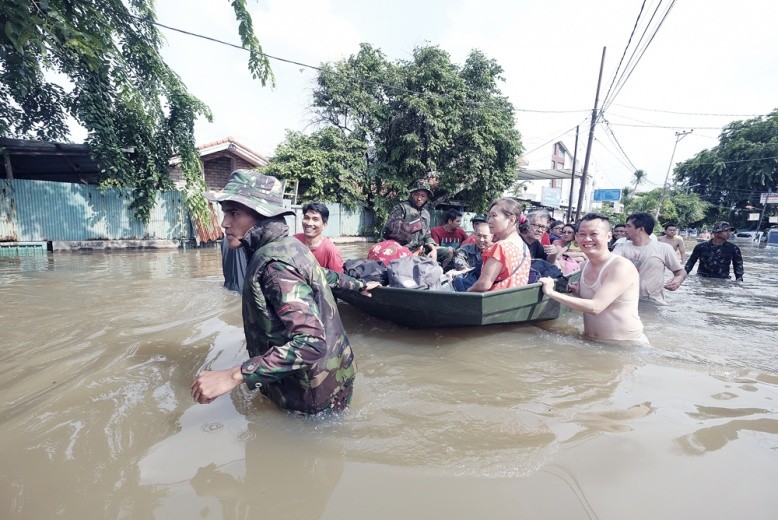 The Prosperous Justice Party (PKS) has expressed its support for a proposition to increase the parliamentary threshold to 7 percent from the current 4 percent, as affirmed by party executive Mardani Ali Sera. The PKS’ support came after the Indonesian Democratic Party of Struggle (PDI-P) proposed to increase the threshold to 5 percent.

“We appreciated the PDI-P’s proposal. The PKS, however, wants to propose a higher increase [in the parliamentary threshold] and therefore hopes for an increase to 7 percent,” said Mardani. According to Mardani, the increase will strengthen democracy in the country.

Meanwhile, while generally supporting the proposition to increase the parliamentary threshold to 6 or 7 percent, People’s Consultative Assembly (MPR) speaker and Golkar Party politician Bambang Soesatyo prefers a more gradual approach in implementing an increase in the electoral mechanism.

National Mandate Party (PAN) lawmaker Eko Hendro Purnomo, better known as Eko Patrio, hopes for the parliamentary threshold to remain the same. According to Eko, it is only natural for the PDI-P, the winner of the 2019 legislative elections, to propose an increase in the threshold.

Lawyer Ignatius Supriyadi filed a request for a judicial review of Law No. 17/2014 on legislative institutions (MD3 Law) at the Constitutional Court. Ignatius scrutinized in particular four articles in the law related to the length of term in office of members of the House of Representatives (DPR), the Regional Representatives Council (DPD) and the Regional Legislative Council (DPRD).

Ignatius feared that the articles, which do not specify a working term limit for members of legislative institutions, could potentially lead to confusion and multiple interpretations. Thus, in his petition, Ignatius asked the court to clarify the articles and limit legislators’ terms to only two five-year terms.

Fahira’s group claims that Anies had shown a better performance compared to previous Jakarta governors in mitigating floods. Meanwhile, Abu Janda’s group believes Anies had failed to prepare for the flood and, therefore, is demanding that Anies step down from his position.

The Finance Ministry’s Taxation Directorate General has disclosed its plan to use a “taxation” omnibus law to tax digital streaming services such as Netflix and Spotify. The omnibus bill will regulate two issues. First is the collection of value-added tax on the import of intangible goods and services. Second is the redefinition of the permanent establishment concept, so the government can tax companies not only based on their physical presence, but also their significant economic presence.

Three state-owned enterprises (SOEs) have taken part in the signing of 11 investment agreements worth US$22.8 with companies from the United Arab Emirates. State-owned oil and gas holding company Pertamina and Abu Dhabi National Oil Company (ADNOC) have signed two memorandums of understanding (MoU) to develop a petroleum refinery complex in Balongan and to supply liquefied petroleum gas (LPG). Besides the MoUs with ADNOC, Pertamina also signed a refinery investment principle agreement (RIPA) with Mubadala Petroleum on PT Kilang Pertamina Balikpapan.

In the mining sector, state-owned mining holding company Inalum and the world’s largest aluminum producer, Emirates Global Aluminium (EGA), have signed an MoU on the upgrade of an existing Inalum smelter, the development of a new smelter in North Kalimantan, and the licensing of UAE-developed EGA technology for Inalum. Meanwhile, state-owned electricity company PLN has signed a power purchase agreement with Masdar Clean Energy to supply electricity from floating solar panels built on the Cirata Dam in West Java.

The price of gold from PT Antam Tbk has declined by Rp 11,000 to Rp 767,000 (US$56.22) per gram, as investors anticipate the signing of the phase-one trade deal between the United States and China. Meanwhile, the buyback price for Antam’s gold decreased by Rp 13,000 to Rp 679,000 this morning. Monex Investindo Futures’ research head Ariston Tjendra explained that investors had opted for riskier assets, especially stocks.