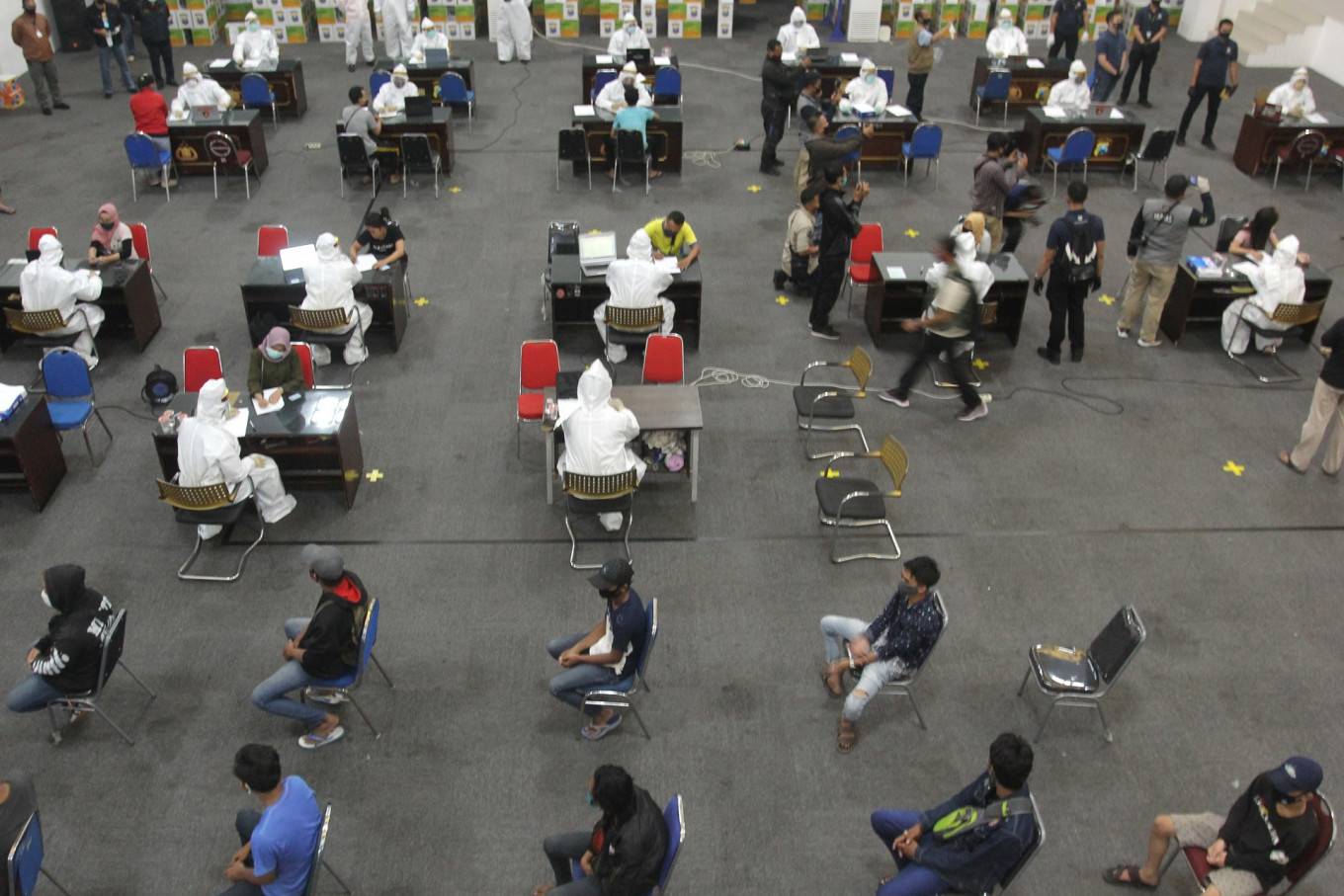 Amid a rapid increase in COVID-19 cases in East Java, President Joko “Jokowi” Widodo has urged the East Java administration to reduce the number of COVID-19 cases in the region within two weeks. Responding to the President’s command, East Java Governor Khofifah Indar Parawansa asserted that it would not be an easy task. She also expressed her hope that all regency and city administrations in East Java as well as the general public would join hands to curb the spread of COVID-19 in the region.

Meanwhile, Surabaya Mayor Tri “Risma” Rismaharini asserted that she and the Surabaya administration had worked nonstop in the past weeks to contain COVID-19 infections in Surabaya, which has recorded the highest number of COVID-19 cases in East Java and mortality rates in the whole country. According to Risma, COVID-19 infections in Surabaya mostly spread via family members from one household to another. “We need a special strategy to handle this type of virus transmission,” said Risma.

Opposition to the controversial Pancasila guidelines bill continues to mount as many deem the bill an effort to revive communist ideology in the country. The opposition reached a peak on Wednesday when a group of demonstrators burned the flags of the long-defunct Indonesian Communist Party (PKI) and the ruling Indonesian Democratic Party of Struggle (PDI-P), which had initiated the bill in the House of Representatives.

In response to the protest, Indonesian Ulema Council (MUI) secretary-general Anwar Abbas urged the House to scrap the bill’s deliberation to prevent further public outcry. Anwar said he feared that, should the government ignore the mounting protest, it would trigger a domino effect that would affect even matters unrelated to the bill.

Mosques have been urged to implement COVID-19 health protocol if they decided to hold the qurban sacrificial ceremony to mark Idul Adha (Day of Sacrifice). The call comes from the Center for Halal Studies at the Gadjah Mada University (UGM) animal husbandry school ahead of Idul Adha, which falls on July 31 this year.

The qurban involves the ritual sacrifice of livestock, primarily of goats and cattle in Indonesia, with the meat apportioned among the congregation as well as shared with the poor and other disadvantaged families in the area around the mosque.

The center's director, Nanung Danar Dono, said the ceremony should be conducted by minimizing the number of people gathering at the event to prevent transmission of COVID-19. He emphasized that the ritual animal sacrifice should be performed only in those areas deemed safe by the government, or "green zones". Mosque managers were also advised to study and review the latest conditions in their region by taking into account edicts from ulema, the views of health experts and government regulations. Nanung stressed that mosques should not hold the qurban if the region had even one confirmed case.

President Joko “Jokowi” Widodo signed on Wednesday Perpres No. 72/2020, a presidential regulation that stipulates an increase in state spending and a widening state budget deficit amid Indonesia’s fight against the coronavirus pandemic. The government now officially states that the 2020 state budget deficit is expected to reach Rp 1.03 quadrillion (US$73.4 billion) or 6.34 percent of the gross domestic products (GDP) after several high-ranking officials mentioned the figure in recent days. A previous presidential regulation, Perpres No. 54/2020, which also amended the budget, stipulated a deficit of 5.07 percent.

The latest regulation stipulates that state spending may reach Rp 2.73 quadrillion this year, an increase of Rp 125.3 trillion from the figure stated in the regulation announced in April. State income is expected to reach Rp 1.69 quadrillion, a decrease of Rp 60.9 trillion from the government’s earlier projection due to lower tax collection as the pandemic hit all economic sectors. The government has allocated Rp 695.2 trillion worth of stimulus spending in a bid to prevent a more severe economic downturn and strengthen healthcare systems amid the pandemic.

The Semarang Commercial Court has approved a debt restructuring agreement between textile maker Duniatex Group and its creditors. Fifty-five secured creditors have claims worth Rp 19.1 trillion (US$1.35 billion), and 16 concurrent creditors have Rp 247.5 billion. The agreement has saved the group from bankruptcy. Duniatex defaulted on its debt in September last year.

Public Works and Housing Ministry housing management agency director Arief Sabaruddin said 68,875 recipients had received funds under the Housing Financing Liquidity Facility (FLPP) as of June 24. Moreover, another 14,824 applicants were in the verification process. According to the ministry, 173,602 applicants have registered through the SiKasep application, but 31,082 of them were not eligible for the FLPP program.

Tax office chief Suryo Utomo said six over-the-top (OTT) companies with a “significant economic presence” would collect value-added tax (VAT) from consumers in August, adding that the government was also in talks with several other firms to collect VAT. However, he declined to name the companies. “We will announce the firms that will collect VAT on digital goods and services in early July,” Suryo told reporters during a streamed news conference. Consumers who buy the platforms’ products or services will have to pay taxes starting Aug. 1, a month after the policy comes into effect on July 1, he added.

The government is pressing ahead with collecting digital tax despite an announcement by the United States Trade Representative (USTR) to investigate such a policy, which the US said was aimed squarely at its technological giants. However, the government has maintained that the VAT was not the subject of investigation by the US, which is focusing more on corporate income tax plans for technology companies, a topic of discussion led by the Organization for Economic Cooperation and Development (OECD).