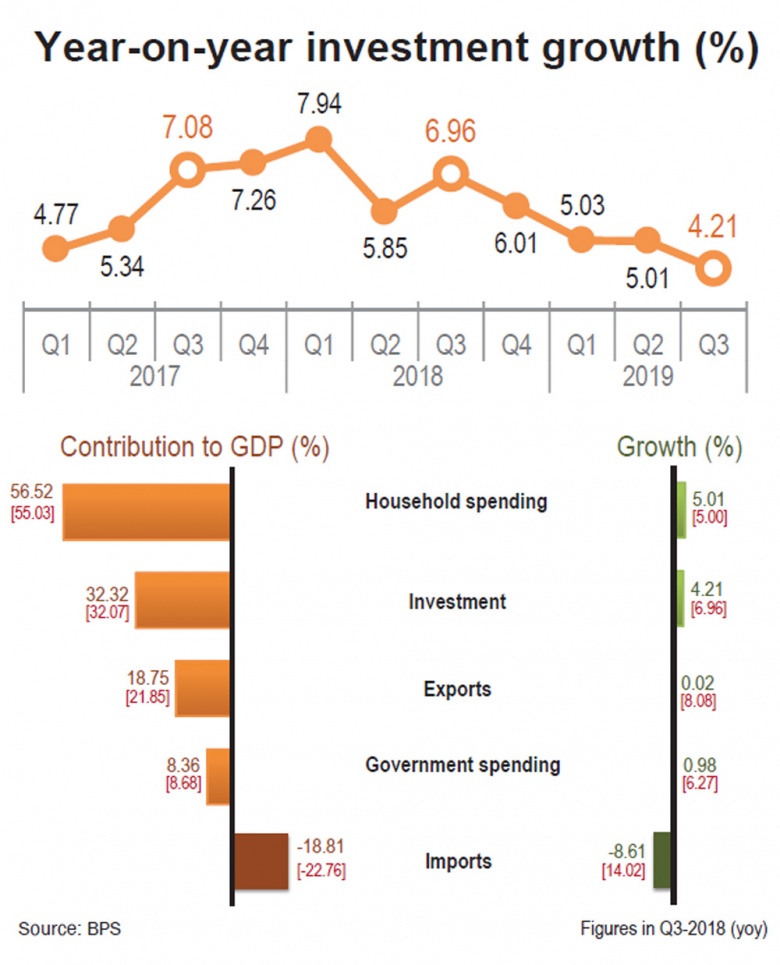 The General Elections Commission (KPU) opened its first hearing with the newly installed House of Representatives with an old issue: whether former graft convicts should be allowed to run in an election, specifically the 2020 simultaneous regional elections.

KPU chairman Arief Budiman said the commission decided to add a similar clause to the draft KPU regulation on regional election candidates, because of the broad powers of regional heads.

“In a regional election, the individual who is elected will be the leader of that particular region. Our hope is that this one person should be the best person [to lead], not just someone who is capable of carrying out the duties of the office, but someone who will be a role model for the people he is leading,” Arief said on Monday on the sidelines of a meeting with House Commission II overseeing home affairs.

While several Commission II members reiterated some of the same objections raised last year, a few lawmakers seemed more open to the candidacy ban for graft convicts than their predecessors. Freshman lawmaker Kamrussamad of the Gerindra Party said the regulation should give greater prominence to the election ban on graft convicts.

House of Representatives Commission II, which oversees home affairs, does not consider a revision of the Regional Elections Law a priority, while many say the amendment would strengthen the election system. Several House Commission members from the Gerindra Party faction said on Tuesday that they would like to hear from the Home Ministry and the General Elections Commission (KPU) about which articles would need revising.

Likewise, House Commission II member from the Golkar Party, Zulfikar Arse Sadikin, said the law, although included in this year’s National Legislation Program, did not need an immediate revision.

Previously, KPU commissioner Viryan Azis said a limited amendment of the law was urgent to save people’s right to vote and right to contest the regional elections.

The Indonesia Corruption Watch (ICW) together with dozens of activists from the Antigraft Civil Society Group plan to file a petition for a judicial review of the newly revised Corruption Eradication Commission (KPK) Law with the Constitutional Court. The government has not taken any action to revoke the controversial amendments to the law.

ICW researcher Kurnia Ramadhana said antigraft activists were working on the petition, which will be filed with the court this month.

"We are gathering evidence to support our argument that the new law was passed simply to weaken the KPK," Kurnia said on Monday, adding that the new law had at least 15 problematic articles in it.

Previously, two groups of students and an attorney, Gregorius Yonathan Deowikaputra, had filed three separate petitions for a judicial review of the new KPK Law.

President Jokowi argued previously that it would not be proper to issue the Perppu while the law was still being reviewed in the Constitutional Court.

President Joko “Jokowi” Widodo insists on forming a supervisory council that will oversee the work of the Corruption Eradication Commission (KPK), despite the Constitutional Court’s ongoing judicial review of the KPK Law. Presidential spokesman Fadjroel Rachman said President Jokowi did not have to wait for completion of the judicial review.

“The law came into effect as of Oct. 17. Should there be some changes, we can still adapt to them,” Fadjroel said Tuesday.

Leading up to the anniversary of the Free Papua Movement (OPM) on Dec.1, the government has been keeping a close eye on security developments in the country’s restive easternmost territory. Coordinating Political, Legal and Security Affairs Minister Mahfud MD said the government was anticipating political movements that were likely to stir wild opinions about Papua.

“It [anniversary of OPM] is our main concern, especially from a political point of view. When it comes to security, we have done everything according to our standards,” said Mahfud.
BUSINESS AND ECONOMICS NEWS AND HEADLINES
Experts call for reforms to boost investment
The Jakarta Post, p.1; Investor Daily, headline;

Economists and businesspeople have urged the government to prioritize reforms in the bureaucracy and labor regulation in a bid to boost the country’s investment as recent data indicate its current initiatives are not enough to attract local and foreign investors.

The macroeconomy and trade research head at the University of Indonesia’s Institute for Economic and Social Research, Febrio Kacaribu, said on Monday, the government should expedite structural reform by removing red tape and improving labor regulations.

The government has struggled to bring in more investment to boost slowing economic growth amid cooling household spending and weakening exports. It carried out several reforms, including a plan to revise the Labor Law, which sparked protests among workers as it was feared the amendment would loosen rules on labor protection.

Indonesia’s economic growth dropped to 5.02 percent year-on-year (yoy) in the third quarter, the lowest level in more than two years, with investment failing to contribute to the economy due to a global economic slowdown driven by a trade spat between the United States and China, according to Statistics Indonesia (BPS).

The House of Representative and experts have called on the government to raise non-taxable income to increase spending next year to help consumers cope with an increase in National Health Insurance (JKN) premiums, electricity prices and toll road prices.

House Commission XI head Dito Ganinduto said on Tuesday that with an increase in non-taxable income, people would have extra funds to increase their spending, which in turn would boost business and economic growth.

Many experts and labor representatives agreed with the House. For example, Samuel Aset Manajemen economist Lana Soelistianingsih said the government could double non-taxable income to Rp 10 million a month.

Experts have called on the government to initiate a bilateral trade agreement with India as the country is still reluctant to join the Regional Comprehensive Economic Partnership (RCEP).

The establishment of the RCEP, which comprises 10 ASEAN member countries and five other countries, namely China, Japan, South Korea, Australia-New Zealand, was signed during the ASEAN summit in Bangkok on Monday.

India, which has taken part in negotiations, refused to sign the trade agreement on fears of  rising competition for its small and medium enterprises.

Indonesian Chamber of Commerce and Industry vice president for trade affairs Benny Soetrisno said on Tuesday that India’s reluctance to join the RCEP would be a loss for other members, especially Indonesia, as the agreement would give Indonesia better access to the Indian market.

To compensate for the missed opportunities, Benny said, the government should immediately start a bilateral trade talk with India, after Malaysia, which has been in negotiations with India under the Malaysia-India Comprehensive Economic Cooperation Agreement framework.

Spanish oil giant Repsol is looking for a partner to develop the Andaman 3 oil and gas block in Aceh, the Aceh Upstream Oil and Gas Management Agency (BPMA) said on Tuesday

BPMA’s operation and planning deputy, Teuku Muhammad Faisal, said Repsol had realized that it could not work on the block alone. Therefore, the company plans to sell a portion of its participating interest in the block.

He said one of potential candidates was Malaysia’s Petronas.

Faisal said the BMPA had submitted a recommendation to the Energy and Mineral Resources Ministry so that Repsol could continue its exploration in the block until 2021. Although, a final decision on the extension would be in the hands of Minister Arifin Tasrif.

Repsol is still exploring the oil and gas block that is estimated to have between 3 trillion to 4 trillion cubic feet of natural gas.

Financial technology (fintech) companies are collaborating with banking institutions to reach so-called unbanked people by given them access to financing while boosting financial inclusion in the country.

“Without having to invest much in technology, banks could engage in credit underwriting and reach many more people [by working with fintech companies], because many banks have not yet acquired [sufficient] technological capabilities,” Amartha chief and risk sustainability officer Aria Widyanto told The Jakarta Post recently.

According to an e-Conomy Southeast Asia study released recently by American tech giant Google, Singaporean holding company Temasek and management consulting firm Bain & Company, half Indonesians were still unbanked, as they did not own a bank account and had insufficient access to credit, investment and insurance services.