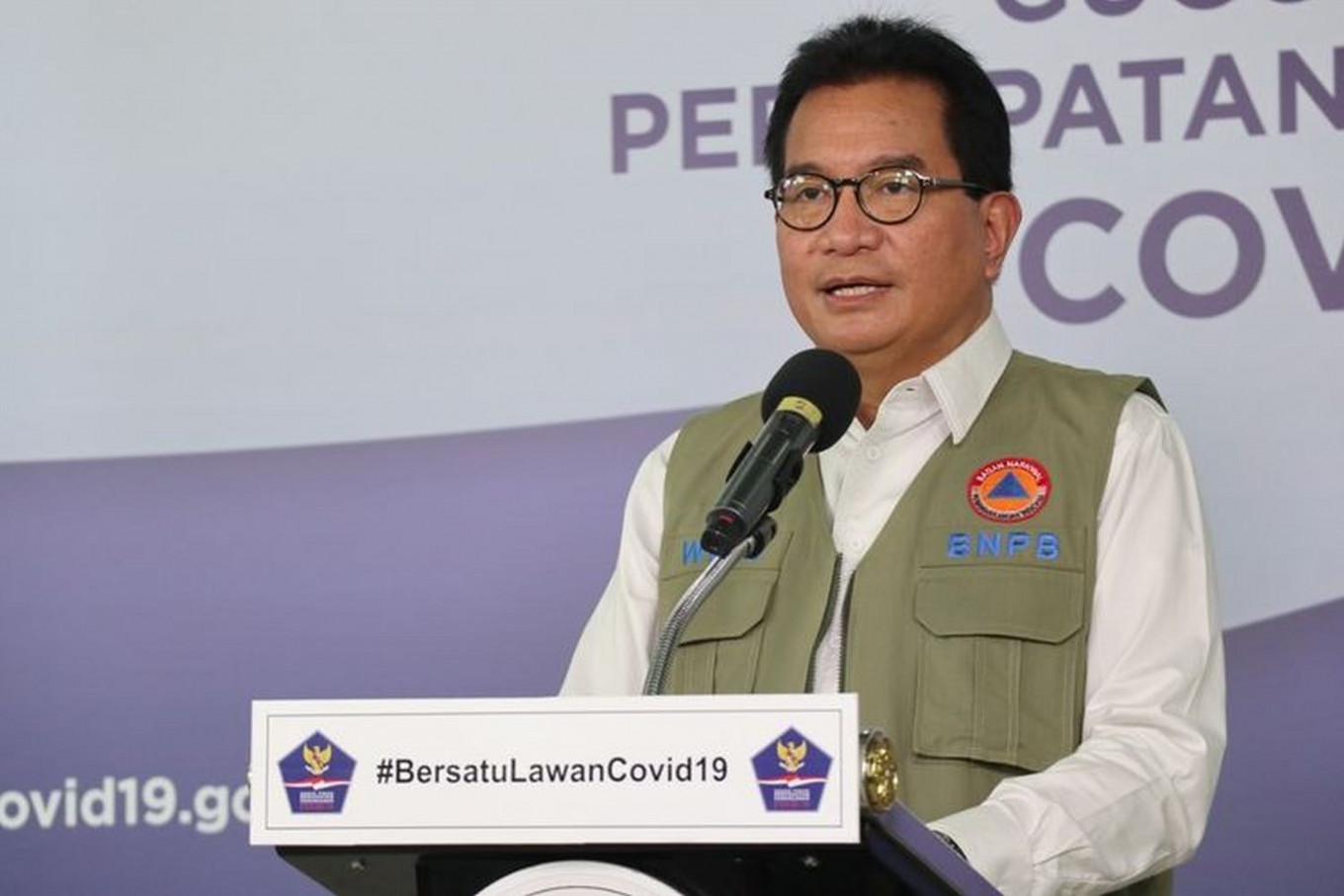 National COVID-19 task force spokesperson Wiku Adisasmito has asserted that the government does not have the intention of covering up data on COVID-19 transmissions in the country. According to Wiku, the government will still provide daily updates on COVID-19 cases through its official website www.covid-19.go.id. Through this website, Wiko added, the public could acquire detailed reports on the pandemic, including the daily increase of new cases, recoveries and deaths.

Regardless, People’s Consultative Assembly (MPR) speaker Bambang Soesatyo advised the government to continue broadcasting COVID-19 updates on television so that the information could reach a wider audience.

“The TV can deliver news and messages related to COVID-19 to people in remote areas. Not everyone has internet access,” Bambang said in a statement on Thursday as quoted by kompas.com.

He emphasized the importance of data transparency during the COVID-19 pandemic in raising people’s awareness about the dangers of the virus and improving the nation’s response to the crisis.

The Jember Regional Legislative Council in East Java has voted to impeach, for the first time in the regency’s 91-year history, a sitting regent. The seven political factions in the council voted unanimously for the impeachment of Regent Faida following a four-hour hearing on Wednesday.

Faida – elected in 2015 as Jember’s first female regent – was accused of breaking the law by ignoring interpellation notes issued by the council and infringing upon the right of inquiry. The regent has been embroiled in a sprawling legal and political drama that began when the State Civilian Bureaucracy Commission (KASN) declared in October 2019 that she had broken the law for dismissing and appointing local officials without adhering to the merit-based system.

The councillors also argued that Faida – who is now seeking reelection as an independent candidate in the upcoming Jember regional race – had ignored the calls of Home Minister Tito Karnavian to retract 15 decrees she had issued to circumvent prevailing laws to demote officials.

Ahmad Halim said the regional legislative council would soon forward a dossier on its decision to the country's highest court. “We are now completing the documents so that we will be able to submit them to the Supreme Court for review,” he said.

The Indonesian Democratic Party of Struggle’s (PDI-P) Surakarta executive board (DPC) has officially appointed Achmad Purnomo as an advisor in the campaign team of Gibran Rakabuming Raka, President Joko “Jokowi” Widodo’s eldest son who will compete in the upcoming Surakarta mayoral race. The decision was made after the PDI-P withdrew its initial support for Purnomo’s candidacy in the mayoral race and opted to give its blessing to Gibran instead.

Head of the PDI-P’s Surakarta executive board, FX Hadi “Rudy” Rudyatmo, said Purnomo’s appointment was made during the DPC’s internal meeting, during which Gibran’s campaign team was also established. Rudy, who is also the current Surakarta mayor, added that other than Purnomo, he himself was also appointed as Gibran’s advisor. Meanwhile, the team will be helmed by Putut Gunawan, a member of the Surakarta Legislative Council (DPRD) who also helmed Rudy’s election campaign back in 2015.

The Finance Ministry’s fiscal policy agency head, Febrio Kacaribu, is optimistic that the Indonesian economy can avoid a recession. The ministry has revised its 2020 gross domestic product (GDP) outlook to zero percent growth or a slight contraction. Previously, the ministry projected the 2020 GDP to fall within the range of 1 percent growth to a contraction of 0.4 percent. Febrio said the government was working to avoid two consecutive GDP contractions in the second and third quarters and hoping for fourth quarter GDP expansion of 2 to 3 percent.

The government may begin to sell bonds directly to Bank Indonesia via private placement next week, under a Rp 397.6 trillion (US$27.48 billion) fiscal deficit financing scheme, the Finance Ministry’s financing and risk management director general, Luky Alfirman, explained. BI has pledged to buy the bonds and rebate all interest payment back to the government under a “burden sharing” agreement to fund the country’s COVID-19 response. “We’re now setting up a special account and hopefully by next week we can begin the implementation,” Luky said.

The government plans to cooperate with publicly listed pharmaceutical company Kalbe Farma, as well as Bio Farma, to produce a COVID-19 vaccine. A possible vaccine was discovered by China’s Sinovec Biotech Ltd and is currently undergoing the third phase of clinical testing. Bio Farma president director Honesti Basyir said the company aimed to produce 100 million to 250 million doses of a COVID-19 vaccine per year. “For the first phase, we target 40 million doses per year,” Honesti said on Tuesday.

E-commerce transactions to more than double in 2020
Investor Daily, (https://tinyurl.com/y39fjmby)

The value of transactions from Indonesia’s top four e-commerce companies is projected to reach Rp 429 trillion (US$29.5 billion) in 2020, more than double the 2019 figure of Rp 201 trillion. Meanwhile, the number of e-commerce customers has increased 51 percent during large-scale social restrictions (PSBB). Bank Indonesia payment system policy department head Filianingsih Hendarta said e-commerce and financial technology (fintech) may become a solution for improving financial inclusivity among the 51 percent of the population that is unbanked, as well as 62.9 million micro, small, and medium enterprises (MSMEs).