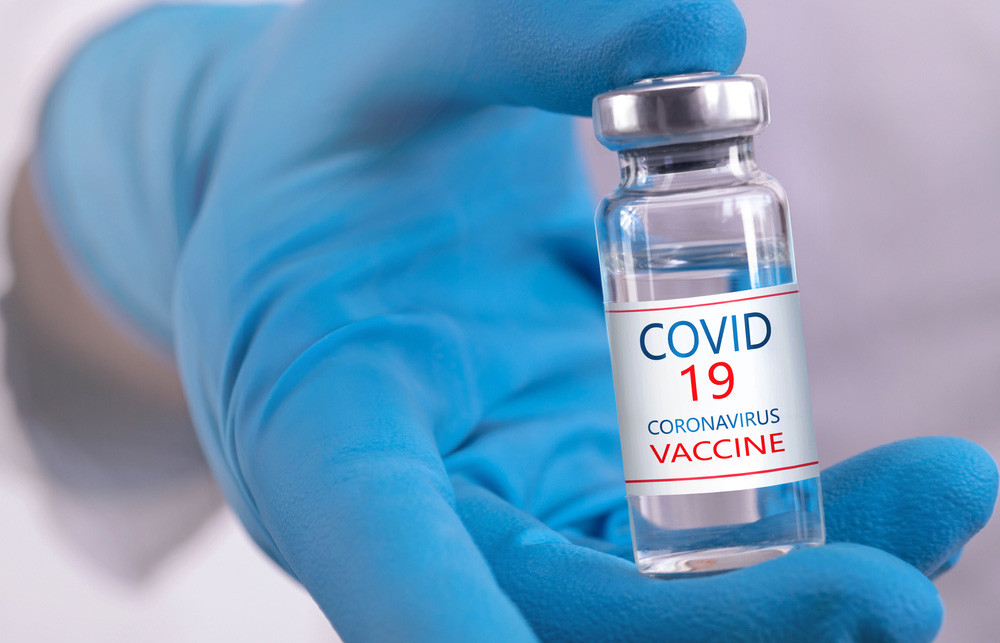 The government has confirmed that it will begin the COVID-19 vaccination process as soon as November. As of today, however, the World Health Organization (WHO) has yet to declare that there is an effective COVID-19 vaccine.

Griffith University epidemiologist Dicky Budiman said the government had expedited its vaccination plan based on the emergency use authorization (EUA), a move Dicky deemed as reckless as it would risk public health.

Dicky further said that the data on the safety and efficacy of the COVID-19 vaccine candidate was limited.

Likewise, University of Indonesia epidemiologist Pandu Riono said the government’s November vaccination target was not feasible because the vaccination plan and procedures were unfinished.

As if preparing to host elections across Indonesia’s vast archipelago during the COVID-19 pandemic was not hard enough, the General Elections Commission (KPU) has gone the extra mile to ensure voters turn up and stay safe.

The KPU has been hosting simulations for the 2020 regional elections set to commence simultaneously on Dec. 9, commissioner Evi Novida Ginting Malik said recently, with the government showing no signs of bowing to pressure to postpone the polls over pandemic concerns.

Evi said the KPU had so far conducted five simulations in various polling station locations across the country, with the latest being held in Magelang, Central Java, on Oct. 10.

The point of the dry runs is to assess whether the KPU is capable of implementing stringent health protocols at all stages of polling. Evi explained that the commission had several takeaways from the rehearsals that would be put to practice on voting day.

For instance, the KPU learned it was necessary to prepare a stockpile of face masks at each of the 298,852 polling stations as some people may still show up without them.

To accommodate public aspirations before drafting the Job Creation Law’s implementing regulations, President Joko “Jokowi” has tasked his ministers to gather input from two of Indonesia’s major Muslim organizations, Nahdlatul Ulama (NU) and the Indonesian Ulema Council (MUI), which both have repeatedly reasserted their opposition to the newly passed law.

State Secretary Pratikno has been specifically tasked by the President to deliver the law’s draft to the NU and the MUI on Sunday, said Presidential Secretariat deputy head of protocol, press and media Bey Triadi Machmudin. Bey said the draft would also be sent to another major Islamic mass organization, Muhammadiyah.

A number of parties have urged the government to disclose the results of its investigation into the shooting of Pastor Yeremia Zanambani in Hitadipa district, Intan Jaya, Papua.

The government-sanctioned fact-finding team (TGPF) said it had completed its investigation on Saturday. Benny Mamoto of the National Police Commission (Kompolnas), who leads the field investigation unit, said the TGPF would deliver the investigation results to Coordinating Political, Legal and Security Affairs Minister Mahfud MD, who formed the team, on Monday.

The National Commission on Human Rights (Komnas HAM) has said that the fatal shooting was not a standalone incident, but rather part of a series of violence occurring across the regency throughout this year. The commission launched an independent investigation into the incident, which did not work with the government-sanctioned TGPF.

Frits Ramandey, a Komnas HAM representative in Papua, said at least 18 other cases had preceded the shooting of the priest.

Chorul said Komnas HAM had reported the concerns to the Office of the Coordinating Legal, Political and Security Affairs Minister. The commissioner said the Komnas HAM investigation team had gathered sufficient information, including a crime scene reconstruction of the incident, which would help them to reveal what had happened and name people implicated in the case.

Pollycarpus Budihari Priyanto, the convicted murderer of human rights activist Munir Said Thalib, died on Saturday after testing positive for COVID-19. The former Garuda Indonesia pilot had served his time in prison, walked free two years ago and joined politics before he was diagnosed with the deadly disease and admitted to a hospital more than two weeks ago.

Pollycarpus’ death has raised questions and prompted activists to call for a proper investigation.

Amnesty International Indonesia executive director Usman Hamid told a virtual discussion that the circumstances of his death should be investigated by the authorities, if only to rule out any suspicion of foul play.

Parahyangan University criminal law expert Agustinus Pohan was more concerned that the investigation may be compromised by the statute of limitations, which is set to end in 2022. “With his death we lost one of the sources,” Agustinus told the Post. According to Article 78 of the Criminal Code, the statute of limitations for a crime charged with the death sentence or life in prison is 18 years.

Aimed at improving the country’s ease-of-doing-business ranking and boosting food security, the recently passed Job Creation Law officially revises laws related to agriculture, including on investment, imports and land use, but experts are questioning its efficiency and long-term impacts.

On the investment front in agriculture, the jobs law removes the 30 percent cap on foreign investment in the horticultural sector, through the revision of Article 100 of the Horticulture Law, according to the latest 812-page draft of the jobs law made available to The Jakarta Post.

The new law also removes Article 131, which stipulates the obligation for foreign investors investing in horticultural businesses to place funds, amounting to the share ownership, in a national bank.

“The removal of articles 100 and 131 contravenes the Constitutional Court decision that strengthens the limitation on foreign ownership to give opportunities to local horticultural businesses,” Henry Saragih, the chairman of the Indonesian Farmers Union, said in a statement on Wednesday.

Furthermore, the jobs law revises articles 14 and 36 of Law No. 18/2012 on food. In the revision of Article 14, imports are cited as one of the priority sources of the national food supply, while the revision of Article 36 also includes the role of staple food imports to meet the national consumption demand, as well as to build up stock, without requiring a prior domestic production shortage.

Although investment has been increasing in the past three years, the job absorption rate has been low. The newly passed omnibus law on job creation is expected to solve the issue by attracting investors to the labor intensive manufacturing industry.

Indonesian Employers Association (Apindo) chairman Hariyadi B. Sukamdani said that the Job Creation Law would boost the labor intensive industry and micro, small, medium enterprises because the law addresses the increasing wage constraints that investors had been complaining about.

The fate of small banks with core capital below Rp 5 trillion (US$ 338.65 million) in the BUKU I and II categories are on the edge due to the low liquidity amid the COVID-19 pandemic. This problem with liquidity has been worsened by the high number of requests for loan restructuration.

The high number of restructured loans has pushed these small banks to increase their reserves, which will eventually affect their margin and financial health. In the long run, consolidation of these small banks is the optimal strategy to ensure their survival as it will increase their assets, liquidity and the public’s confidence. However, consolidation is difficult to do in the short run as it needs detailed planning.

The number of confirmed COVID-19 cases in Indonesia has continued to increase and has reached 361,867 on Sunday. With an average of 4,000 daily new cases, Indonesia has recorded the highest amount of cases in Southeast Asia.

Anugerah Mega Investama director Hans Kwee stated that the continued rise of COVID-19 cases in Indonesia would bring a negative sentiment for the Jakarta Composite Index (JCI). The emergence of a second COVID-19 wave in Europe and the US will also slow down the economy, particularly as some countries are starting to reimpose lockdowns.

Nevertheless, there are also some possible drivers of positive sentiment in the JCI. First, improving economic data in some countries, especially in Asia. Second, the progress of COVID-19 vaccine development. Third, the improvement of issuers’ financial performance in the third quarter compared to the second quarter of 2020. And fourth, the market’s positive response toward the recently passed Job Creation Law since market players are now more confident to enter the domestic market.

Although the JCI has the potential to rise, investors still need to pay attention to several issues, in particular the delay in COVID-19 vaccine development and the progress of the COVID-19 response in Indonesia. If the situation worsens, it might add more pressure to the stock market, said Hans.

According to Philip Sekuritas analyst Anugerah Zamzami Nasr, the JCI is predicted to increase until the end of the month with a resistance level ranging between 5,180 and 5,250. Meanwhile, the support level is predicted to be around 5,070 to 5,000.

The International Monetary Fund (IMF) estimates Indonesia’s economic growth will be positive in 2021. The global economy is projected to grow at 5.2 percent, slightly lower than 5.4 percent in the previous projection. However, IMF chief economist Gita Gopinath said, “While the global economy is coming back, the ascent will likely be long, uneven and uncertain.”

Indonesian Employers Association (Apindo) vice chairwoman Shinta Widjaja Kamdani said the high level of uncertainty made the 6 percent economic growth projection for Indonesia not completely realistic. “There are affecting variables, such as the timeline for COVID-19 vaccine discovery, the pandemic situation on the national level and the government response,” she added.

Furthermore, Shinta also said the government’s success in realizing the Job Creation Law was also one of the affecting factors. “How can the omnibus law actually succeed in practice so business players and investors’ confidence increases and they decide to expand in 2021?” added Shinta.

Private lender PT Bank CIMB Niaga chief economist Adrian Panggabean said Indonesia’s economic recovery next year would be challenging as the country faced a projected recession until the end of year. He estimated that the country could only rebound partially, growing 3.8 percent in 2021.