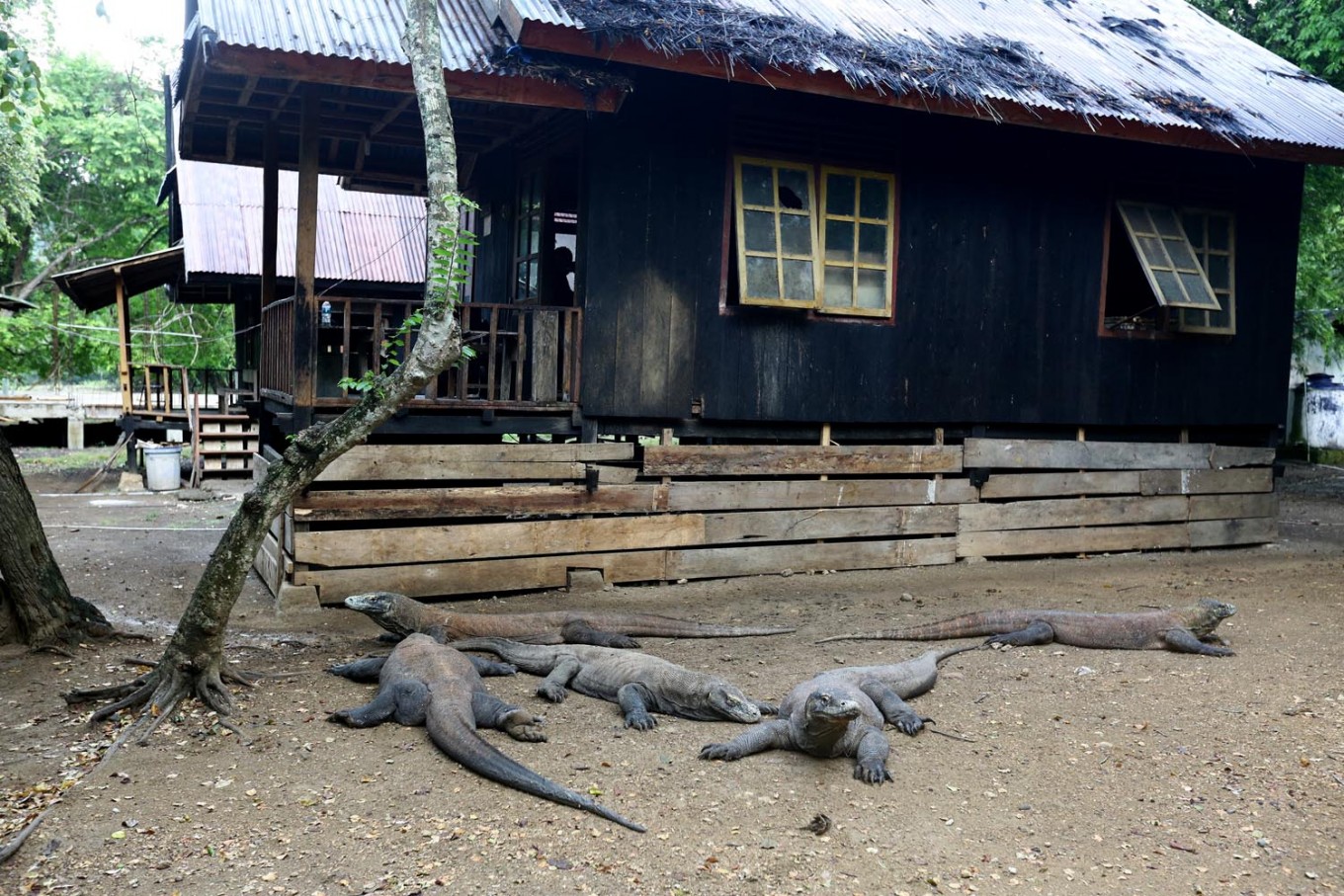 House of Representatives Commission IV deputy chairman Daniel Johan has called on the Environment and Forestry Ministry to make sure that the current construction project on Rinca Island, East Nusa Tenggara, does not put Komodo National Park’s conservation at risk.

Daniel told CNNIndonesia.com that the ministry should be responsible for explaining and making assurances to the public about the safety of the construction. The lawmaker then asked the ministry to take into account the environment and social and psychological aspects of the locals in the construction of the project, apart from the economic aspect.

Previously, the Environment and Forestry Ministry stated that the current construction at Labuan Bajo and its surrounding areas, including Komodo Island and Rinca Island, would not put the Komodo dragon population at risk, after a photo posted on Instagram account @gregoriusafioma on Saturday capturing a Komodo dragon facing a project truck on Rinca Island recently went viral and raised public concerns for the survival of Komodo dragons in the area.

The Corruption Eradication Commission (KPK) has encouraged the public to selectively cast their votes to regional head candidates who have never been involved in corruption cases. KPK deputy chairman Lili Pintauli Siregar then asked voters to do background checks on candidates in their respective regions.

Voters, according to Lili, should also consider candidates’ compliance in submitting their wealth report (LHKPN).

Graft watchdog Indonesia Corruption Watch (ICW) reported early this week that there were at least four regional head candidates who were former graft convicts. The ICW elaborated that the former graft convicts were vying for leadership posts in North Nias in North Sumatra, South Lampung in Lampung, Dompu in West Nusa Tenggara and Bengkulu province.

The extension is outlined in Gubernatorial Decree No. 443/2020, which stipulates that the extension of the proportional PSBB in Bodebek will last until Nov. 25.

The decision was made after Ridwan received a recommendation from the West Java COVID-19 task force saying there was no indication that the rate of COVID-19 infection was slowing down.

On Sunday, Jakarta Governor Anies Baswedan announced the extension of the transitional PSBB in Jakarta until Nov. 8. He explained that the COVID-19 transmission curve in the last two weeks had started to flatten, as indicated by the decreasing isolation bed occupancy rate.

Manpower Minister Ida Fauziah has announced a zero percent increase for the 2021 minimum wage, citing the COVID-19 pandemic’s impact on the economy, as well as companies’ inability to pay higher wages as her primary reasons. The decision was announced through Manpower Minister Circular No. 11/HK04/X/2020. Regional heads all across the country are expected to announce the 2021 minimum wage for their respective regions in accordance with the circular by October 31 the latest. Previously, Confederation of Indonesian Trade Unions (KSPI) president Said Iqbal threatened the government with continuous street protests until November 10, if the government failed to increase the minimum wage by 8 percent next year. Indonesian Chamber of Commerce and Industry (Kadin) vice chairman Benny Soetrisno sounded his support for the government’s decision.

State-owned lender Bank Negara Indonesia (BNI) recorded a 63.9 percent drop in profits in the third quarter to Rp 4.32 trillion (US$295 million). The drop is the result of an increase in the company’s impairment losses, specifically a rise in non-performing loans, BNI consumer business director Corina Leyla Karnalies said. Meanwhile, the bank’s net interest margin shrank by 60 basis points to 4.3 percent.

The deputy for investment and mining at the Office of the Coordinating Maritime Affairs and Investment Minister, Septian Hario Seto, has said two coal gasification projects will save Rp 14 trillion (US$955 million) of the country’s foreign exchange (forex) reserves. One of the investment projects is being carried out by state-owned coal miner PT Bukit Asam at Tanjung Enim, South Sumatra, and is expected to save Rp 8.7 trillion in forex reserves. Another is an investment project owned by local conglomerate Bakrie Group at Batuta Coal Industrial Park in East Kutai, East Kalimantan. Bakrie’s coal gasification project could save foreign reserves of Rp 5 trillion. Previously, President Joko “Jokowi” Widodo urged coal miners to invest in downstream industries.