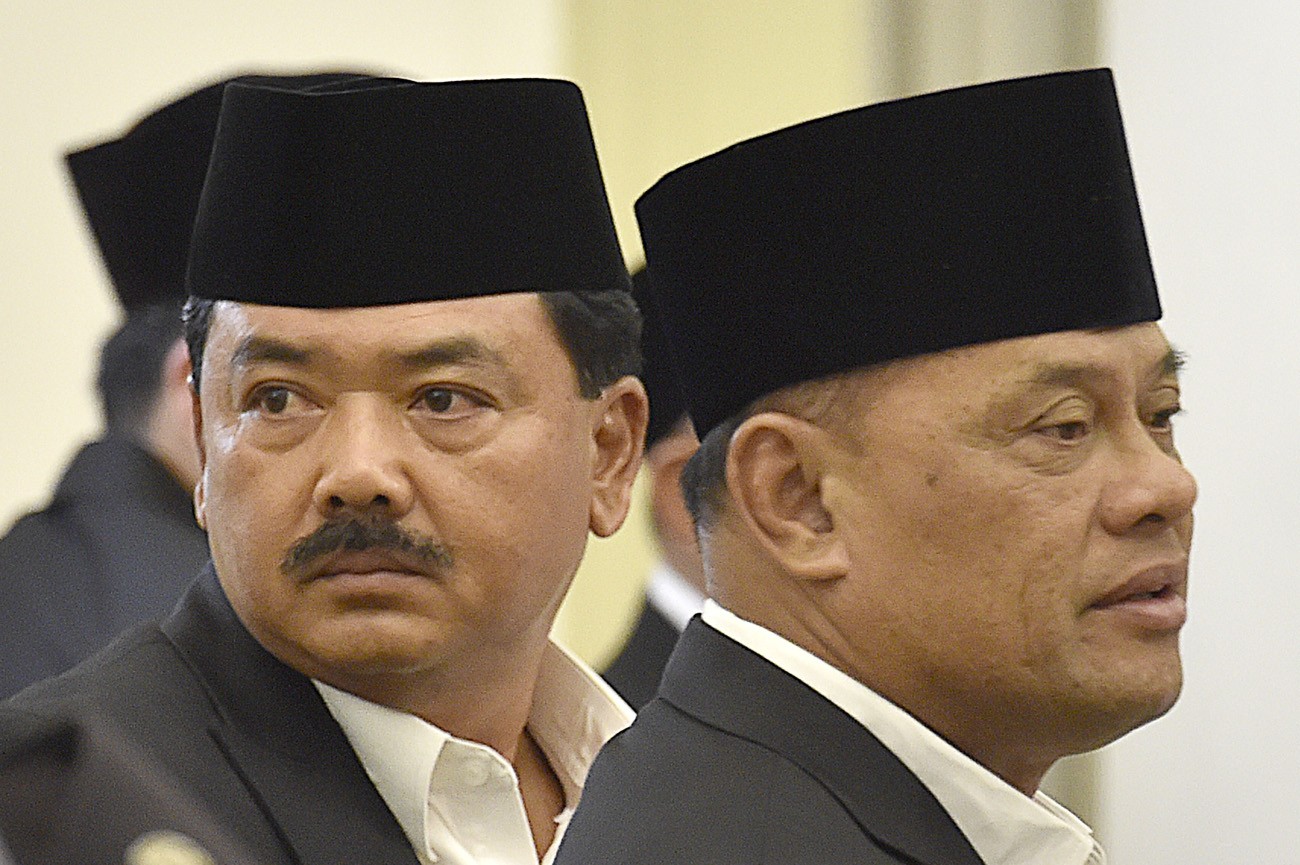 GENERAL NEWS AND HEADLINES
Indonesian Military, House Commission I hold coordination meeting
Kompas (https://tinyurl.com/yxzpnabu); Kumparan (https://tinyurl.com/yxuy24rl)
Ahead of the 2020 regional head elections, House of Representatives Commission I overseeing defense and foreign affairs held a coordination meeting earlier today with the Indonesian Military (TNI) to prepare for the much-anticipated political event. During the meeting, TNI commander Air Chief Marshal Hadi Tjahjanto revealed that Papua was one of the regions that could be prone to conflict. Hadi, therefore, said that he had prepared security measures to safeguard the elections next year.

“To safeguard the elections next year, we [the TNI] will prepare personnel and primary defense systems. As stipulated by the law, we will help the National Police,” said Hadi.


Controversial chief justice candidate passes selection process
Detik (https://tinyurl.com/y5hcz7rv); CNN Indonesia (https://tinyurl.com/y6qj4scm)
The Judicial Commission announced the names of 14 candidates vying for chief justice posts who have passed the health and personality screenings. The announcement, however, came under scrutiny as it was revealed that one of the candidates, Sumpeno, had a questionable track record.

Sumpeno was the presiding judge in a graft case implicating then chairman of the Indonesian Chamber of Commerce and Industry’s East Java chapter, La Nyalla Mahmud Matalitti. Prosecutors charged La Nyalla with corruption for misusing his authority to enrich himself. The court, however, cleared La Nyalla of all charges.

The next phase of the selection process, which will consist of interviews, will be held next week.


PKS: Coalition with NasDems, why not?
Liputan6 (https://tinyurl.com/y586943z); Tribunnews (https://tinyurl.com/yxky8mnb)
Responding to the meeting between the Prosperous Justice Party (PKS) and the NasDem Party a few days ago, Jazuli Juwaini, chairman of the PKS faction at the House said that it was possible for his party and the NasDems to form a political coalition.

“If there are prospects for future cooperation, why not?” said Jazuli earlier today. Jazuli said that the meeting with the NasDem Party, a member of the government coalition, was conducted to strengthen their relationship in the House and at the regional level.
BUSINESS AND ECONOMICS NEWS AND HEADLINES
Jokowi criticizes late construction tenders
Bisnis Indonesia, (https://tinyurl.com/y5z5vxqx); CNBC Indonesia (https://tinyurl.com/y3rp9czn)
President Joko “Jokowi” Widodo expressed his displeasure over slow procurement processes in his opening remarks at the 2019 National Coordination Meeting for Government Procurement of Goods and Services today. Many government procurements, done through the electronic procurement (e-tendering) system, are still at the bidding stage. Jokowi said that late tenders, which are conducted near the end of the year, would ultimately lead to quality issues in government construction projects, because contractors would rush to finish the projects despite poor weather in the rainy season. The President urged civil servants to change and adapt their mindset to the current digital-based procurement process.


Sumitomo, Mitsubishi, Matsui compete to become Pertamina Power’s partner in Bangladesh
Kontan, (https://tinyurl.com/y5rbavlc)
PT Pertamina Power Indonesia (PPI) is reportedly looking for another Japanese partner to replace Marubeni for its ongoing project in Bangladesh. Marubeni had served as PPI’s partner for the 1,200 megawatt power plant project from August 2017 to June 2019. The consortium agreement with Marubeni ended last June, and PPI decided not to renew it. Kontan has obtained information regarding the possibility of Mitsubishi, Sumitomo or Mitsui replacing Marubeni in the project, but PPI president director Ginanjar declined to comment on the report.


BI to improve policies on digital payment systems
CNBC Indonesia, (https://tinyurl.com/y49rl3d8)
Bank Indonesia (BI) expects that in the future the Indonesian economy will be driven by the use of the internet, big data and artificial intelligence (AI). Therefore, the central bank will strengthen its policies regarding digital payment systems that have disrupted the banking sector. During the Indonesia Banking Expo today, BI deputy governor Sugeng said that future policy on payment systems must be improved to mitigate increasing risk levels as a result of the rapid incursion of digital technology in the banking system.