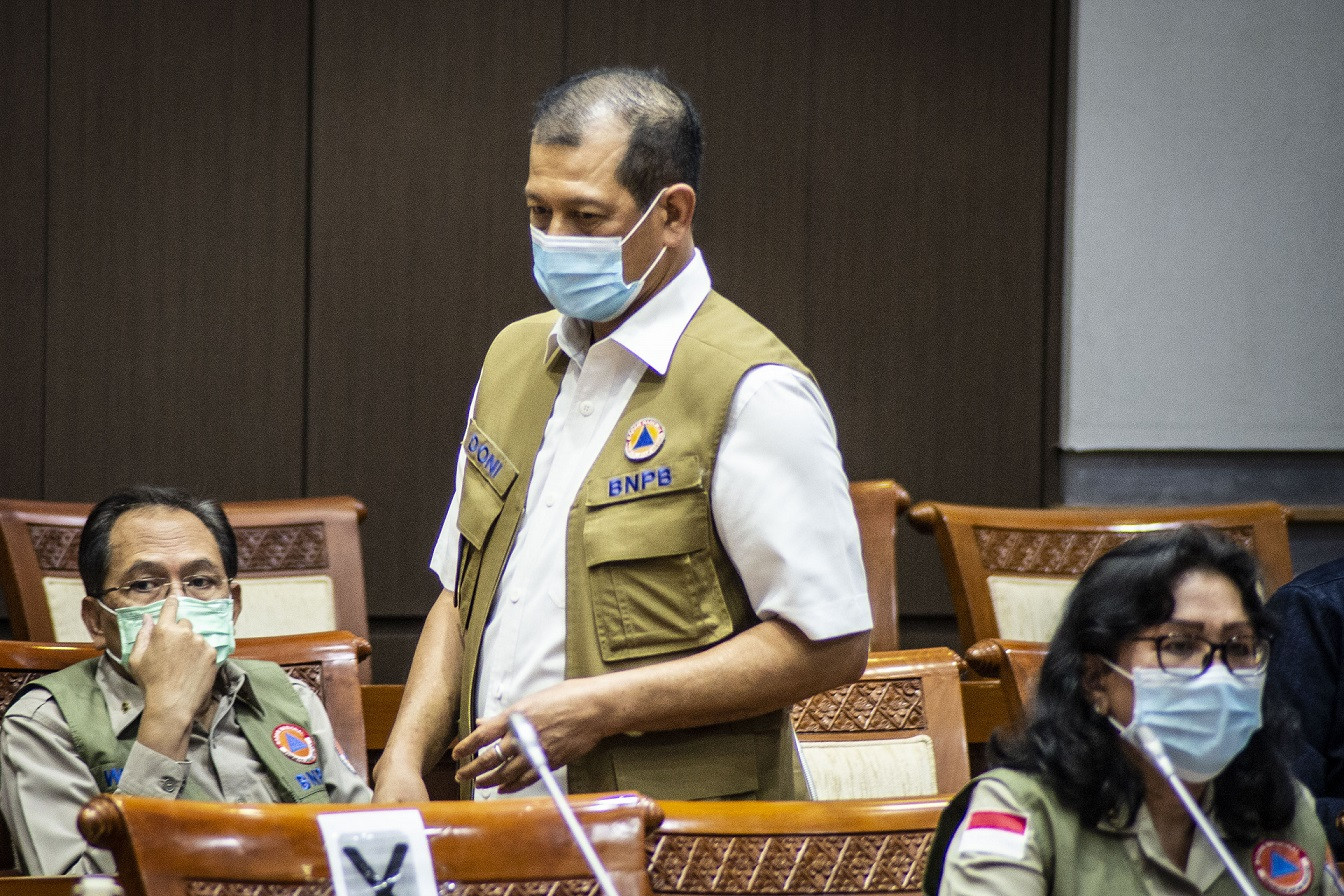 Coordinating Political, Legal and Security Affairs Minister Mahfud MD said earlier today that he had received President Joko “Jokowi” Widodo’s blessing in the form of a presidential instruction (Inpres) to reactivate a team tasked with hunting down graft fugitives.

In a video posted on his Instagram account @mohmahfudmd, Mahfud said that he would immediately revive the team while also considering input from the public.

Sandiaga Uno has congratulated Defense Minister Prabowo Subianto, who was his former running mate during last year’s presidential election, on his appointment to helm the national food estate program.

“Congratulations Pak Prabowo for the new mandate, and the new challenge to ensure the country’s food security. It was his dream [to develop food security] since a long time ago,” Sandiaga told reporters earlier today.

He added that the national food estate program was one of their ideas in 2018 and was going to be proposed as one of the country’s prioritized development programs.

The national COVID-19 task force is considering releasing patients’ personal data in an effort to encourage adherence to health protocols in affected areas. Task force chief and National Disaster Mitigation Agency (BNPB) head Doni Monardo said such data would only be made available to people living in the patients’ neighborhoods.

He added that such data should be published for the sake of public safety. He also asked people to stop stigmatizing COVID-19 and condemned unjust treatment of people with the illness.

While the Constitution requires the state to protect people’s privacy and personal data, the country has never passed a specific law on personal data protection to enumerate the rights of data owners and establish what kinds of data are legally considered personal. The publication of the country's first two COVID-19 patients' personal data resulted in privacy breaches and assault.

Indonesian Hotel and Restaurant Association (PHRI) chairman Hariyadi Sukamdani has told members of the House of Representatives Commission X overseeing tourism that the tourist industry suffered a loss of Rp 85.3 trillion (US$5.9 billion) from January to April this year due to the COVID-19 pandemic. The losses include Rp 30 trillion suffered by more than 2,000 hotels, Rp 40 trillion by more than 8,000 restaurants, Rp 11.3 trillion by the airline industry and Rp 4 trillion by tour operators. Hariyadi also criticized the government’s income tax stimulus policy, saying the stimulus received by businesses in the industry depended on their actual income, which had dropped significantly.

The Trade Ministry has said Indonesia is ready to supply wood pellets and palm kernel shells to biomass power plants in Japan. The Japanese government aims to produce 1,065 terawatt hour (TWh) of electricity through renewable energy by 2030, of which 3.7 to 4.6 percent will be generated by biomass power plants, the ministry’s acting director general of international trade, Srie Agustina, said. “But Indonesian suppliers need to adhere to Japanese standards and specifications as regulated by the Japanese government,” she added.