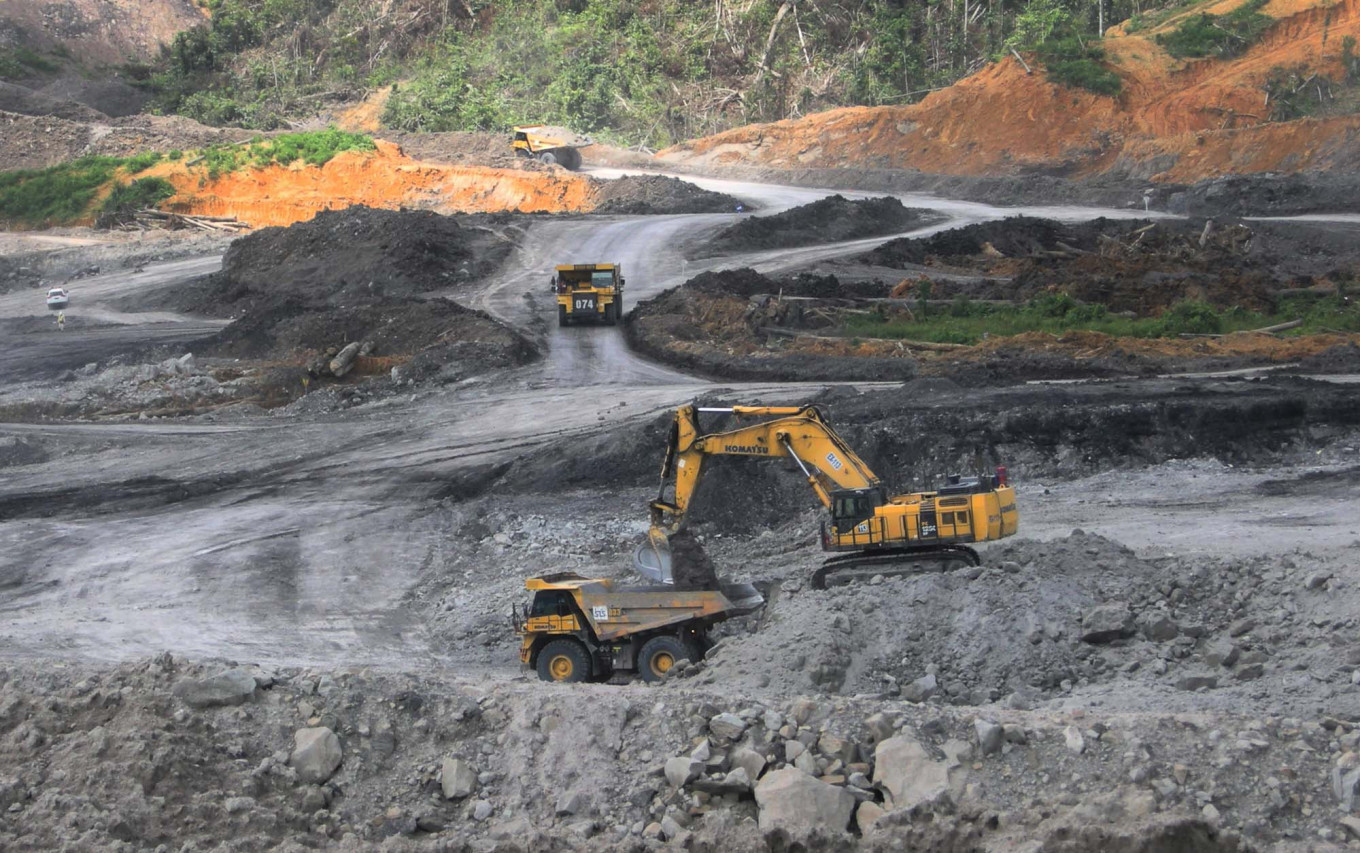 The recent arrest of eight people affiliated with the Save Indonesia Coalition (KAMI) over allegations of spreading hate speech and violating a sweeping online censorship law has raised concerns about the erosion of freedom of expression in the country, rights activists have said.

The figures were nabbed in a string of police operations in the capital Jakarta and in Medan, North Sumatra between Oct. 10 and 13. The police detained KAMI executives Syahganda Nainggolan, Jumhur Hidayat, Anton Permana and Kingkin Anida in Jakarta, while in Medan, law enforcers arrested the group’s local chapter chairman Khairil Amri, along with members Juliana, Devi and Wahyu Rasari Putri.

“[They] are alleged to have spread hate speech discriminating against certain groups and incited protests against the Job Creation Law that ended [in rioting],” said National Police spokesperson Brig Gen. Awi Setiyono on Tuesday.

In a statement made available to The Jakarta Post on Wednesday, KAMI condemned the arrest of its affiliates and said they perceived it as “repressive action” that was “politically motivated”. KAMI also criticized the police’s statement as prejudiced.

Other activists have been quick to condemn the arrests, saying that they reflect the authorities’ efforts to stifle criticism of the government relating to the controversial passage of the omnibus bill on job creation into law. “These arrests were made to spread fear in those who criticize the passage of the Job Creation Law,” said Usman Hamid, executive director of Amnesty International Indonesia, in a statement.

Jakarta Police have apprehended 2,569 individuals during widespread demonstrations against the Job Creation Law. As many as 1,192 people were arrested during the demonstrations between Oct. 6 and Oct. 8, while the rest was apprehended during rallies held on Oct. 13.

The majority of individuals apprehended were underage, five of whom were still reportedly in elementary school. According to Jakarta Police spokesperson Sr. Comr. Yusri Yunus, most of the underage demonstrators had been sent home.

Of the thousands arrested, the police have named 54 individuals as suspects for destroying public facilities, resisting and/or injuring security apparatus and/or fellow citizens.

Meanwhile, Yusri insisted that the demonstrations had been infiltrated by rioters. The police also asserted that hundreds of the rioters were part of an “Anarcho syndicate”, an entity which has been subjected to the police’s accusations since early last year.

The infiltration, according to Yusri, occurred in the midst of public rallies, specifically nearing the end of orations during which the rioters purposefully heightened the tension by throwing rocks and other things at police and demonstrators. As evidence, the police have confiscated slingshots and rocks, among others, when arresting the alleged rioters.

The final draft of the Job Creation Law has been submitted to President Joko “Jokowi” Widodo, following which its derivative regulations will be formulated. Amid widespread opposition to the law, the government has been urged to prioritize holding dialogues.

Responding to the arrests, the Indonesian Ulema Council (MUI) has urged the government to address the polemic surrounding the Job Creation Law through dialogue. Reportedly, the MUI will meet President Jokowi in the near future to discuss the controversial law.

Likewise, Abdul Manan Ghani of largest Indonesian Islamic mass organization Nahdlatul Ulama (NU) affirmed that the NU would always be open to dialogue pertaining to the Job Creation Law, especially since the people are directly concerned in the law. “If the law does not benefit the people, we must defend the people,” said Abdul.

Business players dominate the House of Representatives; six out of 10 lawmakers have direct or indirect involvement in private enterprises, a new study has found. The report comes amid a public outcry against the House’s ratification of the Job Creation Law. Many critics, including scholars, say the law will be more beneficial to businesspeople than to the public.

Observers have raised concerns about conflicts of interest in the House, arguing that the large number of business-affiliated lawmakers make the chamber likely to produce legislation that will disproportionately favor business interests. Marepus Corner, a group of independent sociopolitical researchers, presented the study last week. They found that 318 members of the House – about 55 percent of the chamber – have roles in multisector enterprises, including manufacturing, technology, mining and construction.

“The huge proportion of businesspeople in the House could lead them to only accommodate the interests of certain groups of people and neglect the interests of the public who actually voted for them in the last election,” said Marepus Corner researcher Defbry Margiansyah.

The Marepus Corner study found that 43 percent of the 318 business-affiliated legislators had records as CEOs and members of boards of directors. Another 26 percent had experience as business owners, and the remaining 31 percent were either members of boards of commissioners or executives in multiple enterprises. The study also found that the business-affiliated House members were mostly from the Indonesian Democratic Party of Struggle (PDI-P), with 213 such legislators, and from the Gerindra Party, with 185. Both political parties often claim to be the parties of the people.

Access to sanitation facilities must be improved
Kompas, Headline

Changing people’s behavior, including developing a habit of washing one’s hands, is one of effective measures to prevent the spread of COVID-19 and other diseases. However, such a habit is difficult to encourage due to people’s limited access to handwashing facilities.

“40 percent of the world’s population, or approximately three million people, do not have access to handwashing facilities in schools, workplaces and other public areas where people usually gather,” said the Health Ministry’s director-general of public health, Kirana Pritasari.

Developing a habit of frequent handwashing becomes more difficult due to inadequate access to supporting facilities. According to the BPS, the availability rate of handwashing facilities at the household level is only 50 percent, followed by 48.59 percent at markets, 25 percent at places of worship, 23 percent at shopping centers and 18 percent at workplaces. “This is far from ideal. The availability rate should stand at least at 80 percent,” said National Development Planning Agency (Bappenas) Director of Housing Tri Dewi Virgiyanti.

JCI rises not only because of window dressing
Kontan, headline

Jakarta Composite Index (JCI) closed on a positive note for eight days in a row and has passed the 5,000 level. For October, the JCI has strengthened by 4.83 percent. The LQ45 index has also increased by 6.20 percent, with only 9 out of 45 members of the index still facing contraction.

Looking at historical data from the past five years, the JCI has always risen in the fourth quarter. On average, the index will rise in October and be corrected in November, before rising again in December. Despite that, FAC Sekuritas head of research Wisnu Prambudi Wibowo argued that the current progress is due to the positive sentiments that emerged instead of window dressing.

The progress on US stimulus distribution along with the Job Creation Law and COVID-19 vaccine development are some of the drivers for positive sentiment in the stock market. The state-owned sharia banks merger and the formation of a nickel-based battery company consortium are also boosting stock sales.

Although window dressing does not necessarily improve the JCI, analysts believe that Indonesia’s stock market is still attractive for investors. MNC Sekuritas analyst Muhammad Rudy Setiawan predicted that the JCI could close at the 5,340 level by the end of the year. “Low-risk big caps will be the main choice,” he said.

Domestic industries have started to rebound as a response to the usual increase in domestic and global spending n nearing the end of the year. Statistics Indonesia has reported an increase in the imports of raw and supporting materials and capital goods with 7.23 percent and 19.01 percent respectively in September 2020. These imports are aimed to fulfil manufacturing needs for both domestic spending and exports.

Domestic demand is also expected to slowly recover in the fourth quarter, along with the projected improved public confidence to shop due to certainty on COVID-19 vaccines. Simultaneously, demand from the global market has also increased as export-destination countries have normalized their economies.

Export performance for September 2020 reached US$ 14.01 billion or increased by 6.97 percent compared to August. The number is close to September last year’s export realization at US$ 14.08 billion. Industry players are getting ready to use this momentum by boosting productivity.

Businesses say the newly passed Job Creation Law will not only improve business and the investment climate but increase investment and job creation. Besides, they believe the law will make the minimum wage stipulation fairer for employers.

Indonesian Chamber of Commerce and Industry (Kadin) chairman Rosan P. Roeslani expects the law would bring structural change to the economy and improve economic growth to between 5.7 percent and 6.0 percent.

Rosan also said the law would encourage investment, expecting investment to increase by between 6.6 percent and 7.0 percent,so businesses could expand and create more jobs. As a result, spending could increase by 5.4 percent to 5.6 percent.

Extractive industry players have expressed doubt that the recently passed Job Creation Law will be quick to solve issues hindering the sector’s growth despite hopes over deregulation and potential future investments offered through the legislation.

Three extractive industry association leaders have said that, while cutting red tape is important to attract investment, the law failed to address many other critical issues, including the most immediate one: the COVID-19 pandemic.

“This [law] is not going to immediately boost upstream oil and gas activity. If anything, activity will continue going down because of COVID-19 and low oil prices,” Indonesian Oil and Gas Companies Association (Aspermigas) chairman John Karamoy told the Jakarta Post on Thursday.

He mentioned challenges over geothermal energy that remained unaddressed by the omnibus law, such as project financing, project bankability and state-owned electricity giant PLN’s limited appetite for green electricity.

According to the World Bank’s International Debt Statistics 2021, Indonesia’s foreign debts stood at US$402.8 billion, ranking seventh among middle income countries with the highest debt, after China, Brazil, India, Russia, Mexico and Turkey.

Institute for Development of Economics and Finance (Indef) economist Bhima Yudhistira Adhinegara said Indonesia would eventually take over Mexico and Turkey in the near future because the Indonesian government, state-owned enterprises and private corporations continued to issue global bonds.