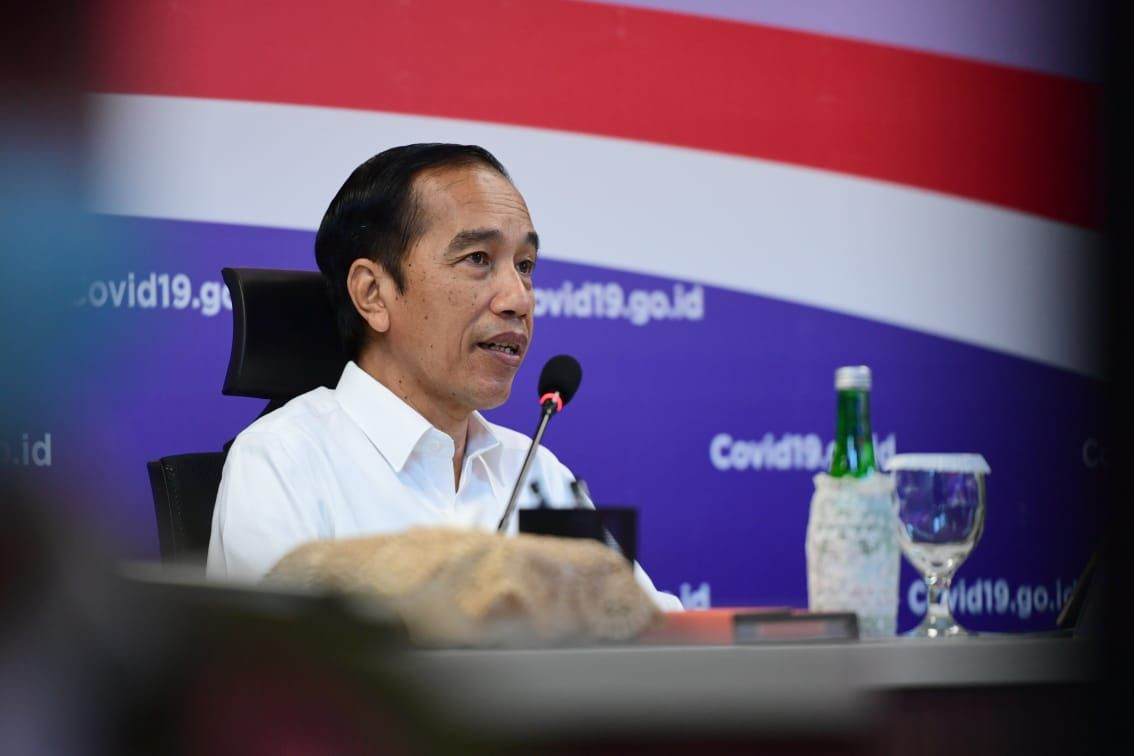 The House of Representatives plans to pass the controversial omnibus bill on job creation into law in a plenary session on Monday, sooner than its initial plan on Thursday. The lawmakers and the government had been holding meetings, even on weekends, to expedite the deliberation and on Sunday, the two parties agreed to pass the bill into law.

The plan emerged despite mounting opposition from members of the public, particularly labor groups, as the endorsement of the bill was feared to eclipse workers’ rights.

A House document obtained by The Jakarta Post stated that the bill's endorsement would take place in a plenary session on Monday at 2 p.m. concurrently with the House speaker’s closing speech for the first session of the 2020-2021 sitting term.

The House’s Steering Committee (Bamus) is scheduled to meet earlier on Monday to finalize the schedule for the endorsement in the plenary meeting after receiving a letter from the House Legislation Body (Baleg) chairman on Oct. 2 about the job creation bill.

House Deputy Speaker Sufmi Dasco Ahmad confirmed on Monday the plan to move the plenary session forward from Thursday to Monday. "We will hold a leadership meeting on the plenary schedule, which was originally scheduled for Oct. 8," he said.

Sohibul, who now fills the majelis syuro deputy chairman seat, told Syaikhu to continue improving the party’s performance. According to Sohibul, it was the party’s ongoing tradition to appoint a chairman for only one period to ensure regeneration.

President Joko “Jokowi” Widodo has asked the Indonesian Military (TNI) to change its defense spending policy into a long-term investment in technology.

“Only through planned long-term investment can the TNI become a military power that keeps up with the development of technology,” Jokowi said in his remarks during the commemoration of the TNI’s 75th anniversary earlier today.

The President went on to say the TNI must transform its personnel to be able to understand and utilize solutions in information technology, nanotechnology as well as artificial intelligence.

The government is encouraging collaboration between state-owned enterprises and regional-owned enterprises, as well as private firms in order to build 4 million gas networks (Jargas) for households by 2022. The partnership will be arranged under a public-private partnership (PPP) scheme because of insufficient funding from the state budget. The Energy and Mineral Resources Ministry’s director for oil and gas infrastructure planning and development, Alimuddin Baso, said the ministry had conducted a preliminary study in nine districts in preparation for implementing the PPP scheme. The study will continue until 2021, involving the National Development Planning Agency (Bappenas) and the Finance Ministry with a budget of Rp 8 billion (US$539.7 million).

President Joko “Jokowi” Widodo expressed his displeasure with the low absorption of domestic salt produced by local farmers. As of September 22, there were still 738,000 tons of farmers’ salt that had not been absorbed by the manufacturing industry. President Jokowi has identified two issues behind this problem. First, the quality of farmers’ salt fails to meet industry standards. Another is high reliance on imports to meet national salt consumption. In 2020, national salt consumption is estimated at 4 million tons, but national salt production is only 2 million tons. As a result, the manufacturing industry still needs to import 2.9 million tons of industrial salt.

Asset management company PT Minna Padi Aset Manajemen is facing a backlash from its clients for arbitrarily delaying the liquidation of its mutual fund product, Amanah Saham Syariah, to September 30. “Minna Padi should have paid customers no later than early December last year, but so far it has only paid 20 percent of its due because of the Financial Services Authority (OJK) leniency, which is clearly detrimental to clients,” a representative of Minna Padi investors, Yanti, told CNBC Indonesia. Minna Padi director Budi Wihartanto claimed in a statement that the company had fulfilled its due to some of its clients proportionately as of March 11.