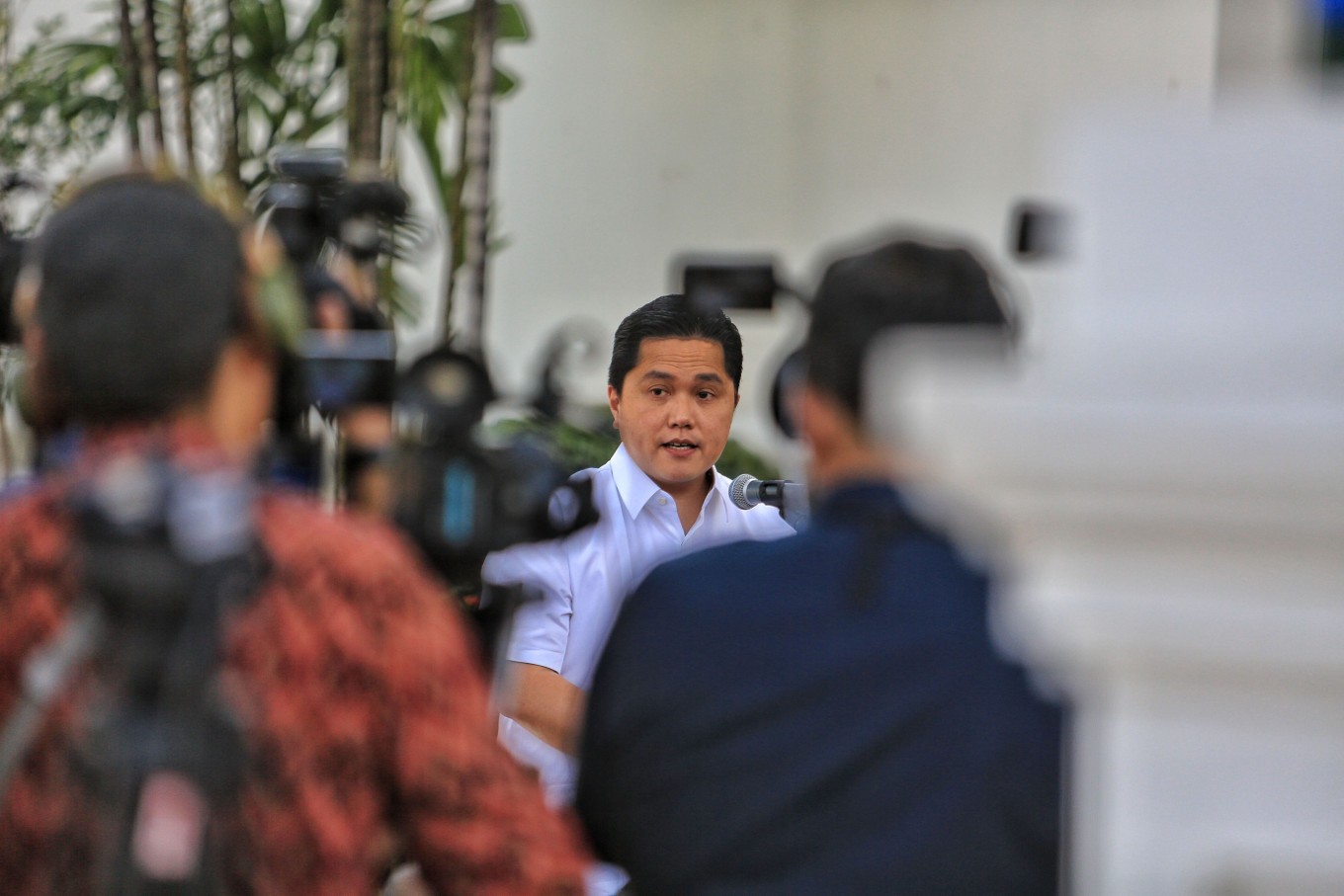 Association for Election and Democracy (Perludem) researcher Heroik Pratama said political parties were not ready to implement a close-list proportional voting system, which was proposed by the Indonesian Democratic Party of Struggle (PDI-P) following its national working meeting last week. In the close-list proportional voting system, voters will only vote for political parties in the legislative elections, and the winning parties would then have the authority to choose and determine which of their cadres will take up seats in legislative bodies.

While Heroik conceded that the proposed system would generally have a good impact, he feared that political parties’ lack of preparedness could instead revive an oligarchy within the country.

“If the system is not accompanied by [political parties’ commitment to] democracy, it would likely strengthen oligarchic practices instead,” Heroik explained.

Political parties, according to Heroik, have to implement a more democratic and transparent recruitment mechanism for the system to work properly.

Wahyu stands accused of accepting bribes from a legislative candidate, thus breaching the KPU's code of ethics. The hearing was closed to the public due to alleged security reasons.

DKPP acting chairman Muhammad said his council still had the right to examine Wahyu even though he had already submitted his resignation letter. Muhammad said his party would immediately hold a plenary meeting after Wednesday’s hearing so it could publicly announce the results on Thursday.

The National Mandate Party (PAN) will hold its national congress, during which it will elect its new chairman, in Southeast Sulawesi on Feb. 12. The date was confirmed by PAN chairman Zulkifli Hasan earlier on Wednesday.

A number of PAN executives, namely Mulfachri Harahap, Aaman Abnur and Zulkifli himself, will reportedly join the party’s leadership race.

When asked about PAN patron Amien Rais’ support of Mulfachri, who will reportedly be paired with Hanafi Rais, Amien’s son, in his bid for the party’s top post, Zulkifli emphasized that PAN was a democratic party and Amien would not get involved in the competition between Mulfachri, Aaman and himself.

Statistics Indonesia (BPS) recorded exports rose by 3.77 percent month-to-month to US$14.47 billion in December 2019. However, annually, total exports fell by 6.94 percent to US$167.53 billion in 2019. The same goes to total imports that decreased by 9.53 percent year-on-year to US$ 170.72 billion last year. As a result, the country experienced trade deficit of US$ 3.62 billion in 2019, lower than deficit in the previous year. BPS head Suhariyanto said on Wednesday that the trade deficit in December was caused by deficit in the oil and gas, while the non-oil and gas balance experienced a surplus.

In his opening speech for the Association of Young Indonesian Businesspeople (HIPMI)’s new leadership inauguration, President Joko “Jokowi” Widodo said he had reminded State-Owned Enterprises (SOE) minister Erick Thohir to increase the involvement of private companies in the country’s development projects. SOEs along with its subsidiary and sub-subsidiary companies have been dominating government’s projects that is worth Rp 2.4 quadrillion (US$175.53 billion) in total. By involving the private sector, local companies and small and medium enterprises, Jokowi hoped that the local businesses could grow.

Rising US-Iran tension over the past week that has pushed up oil prices had not lead the Finance Ministry to increase the oil subsidy for the current year’s state budget. The ministry’s budget director general Askolani said they still needed time to observe the relations between the two countries and see if the tension could escalate further. In this year’s state budget that have been effective for 15 days, the ministry cut the oil subsidy budget allocation to Rp 124,9 trillion, a 8.8 percent decline from the budget allocation last year of Rp 136.9 trillion.

After private lender CIMB Niaga announced its collaboration with WeChat Pay, other BUKU IV category banks, banks with core capital of more than Rp 30 trillion (US$2.19 billion), have expressed their interest in cooperating with foreign digital payment service providers. Largest state lender Bank Mandiri plans to partner with WeChat Pay’s direct competitors Alipay, as an acquirer. Bank Mandiri’s senior vice president Thomas Wahyudi said they were currently in the process of obtaining the license for cross border e-wallet. Meanwhile, Bank Central Asia (BCA) pesident director Jahja Setiatmadja said on Monday that the largest private lender has started to process partnership with both Alipay or WeChat Pay and are now waiting for their response.