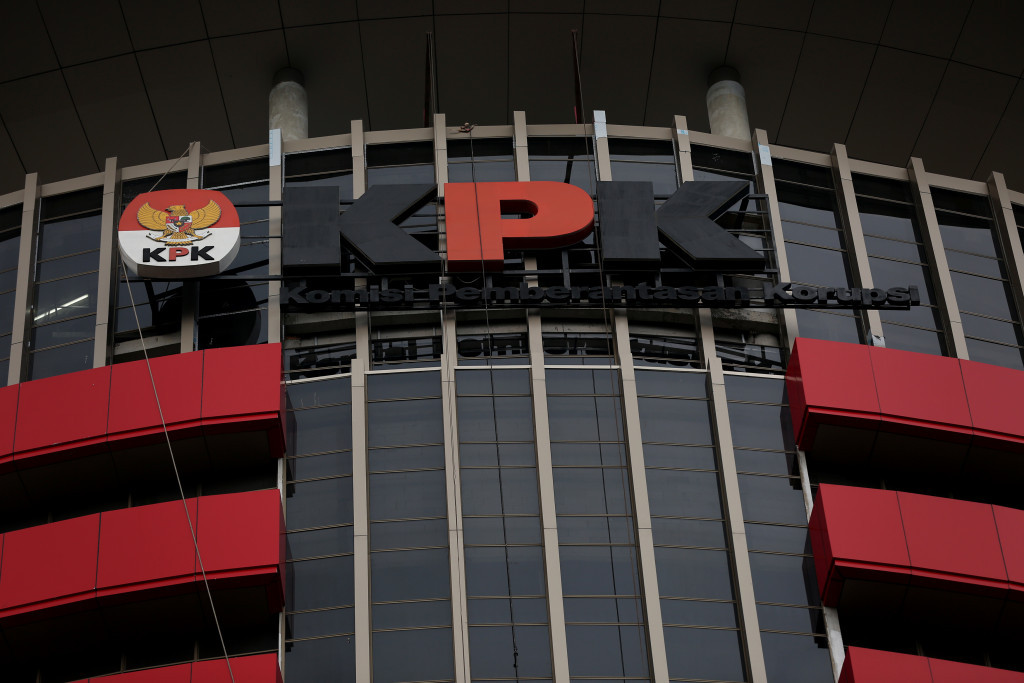 The Corruption Eradication Commission (KPK) has arrested East Kutai Regent Ismunandar and his wife, East Kutai Legislative Council (DPRD) Speaker Encek UR Firgasih, along with 13 others on Thursday evening for alleged corruption in goods and services procurement in the regency.

The arrests were carried out in separate operations in Jakarta and East Kutai and Samarinda in East Kalimantan between Thursday and Friday, KPK spokesperson for law enforcement Ali Fikri said.

“We apprehended several parties in Jakarta and there are currently seven people in the KPK headquarters still being questioned by our team,” Ali said in a written statement published Friday.

“Eight more were arrested in East Kutai and Samarinda. After the Samarinda Police investigate them, they will be taken to Jakarta in the afternoon,” he said.

Health Minister Terawan Agus Putranto has issued travel protocol regulating domestic sea and air transportation amid the COVID-19 pandemic. The protocol stipulates requirements that people must fulfill in order to travel, including presenting a negative PCR [polymerase chain reaction] or rapid test result certificate that is valid for 14 days from departure.

Bambang urged the government and national COVID-19 task force to increase their monitoring of regions’ enforcement of transitional PSBB in order to prevent large crowds from gathering. Bambang also emphasized the importance of aggressive contact tracing and massive testing.

The rupiah fell by nearly 2 percent to Rp 14,590 per US dollar in the morning session and was set to record its biggest weekly drop of 2.6 percent since March. In mid-March, the rupiah plunged almost 8 percent. Investors were concerned with Bank Indonesia’s agreement to share the burden of higher interest payments as a result of the widening budget deficit by buying zero-coupon bonds. “We expect concerns over the planned burden-sharing agreement to hurt market sentiment in the near term,” an ING analyst wrote in a note.

BI Deputy Governor Dody Budi Waluyo said the pressure on the rupiah this week was due to growing fears of a second wave of COVID-19 infections. Indonesia reported a record jump in daily COVID-19 infections on Thursday. Moreover, the Jakarta administration delayed a full exit from partial lockdown.

State-Owned Enterprises (SOEs) Minister Erick Thohir announced his plan to merge and consolidate state-owned pension funds into a single entity. Through merger and consolidation, Erick hopes that the government could avoid the recurrence of investment scandals such as the Jiwasraya case. The consolidation will be done gradually, he added. For the first step, Erick plans to merge three or four major state-owned pension funds.

State-owned oil giant Pertamina expects its new biofuel refinery in Cilacap, Central Java, to begin first-phase operations next year as part of the government’s biodiesel push. The facility will have a capacity of 3,000 barrels per day (bpd) but the output will be 100 percent made from crude palm oil, Pertamina’s subsidiary PT Kilang Pertamina International (PT KPI) president director Ignatius Tallulembang said on Wednesday. “We will raise the capacity to 6,000 bpd by 2022,” he told House of Representatives in Jakarta. The Cilacap refinery will support the government’s ongoing 30 percent palm-oil mixed (B30) biodiesel program meant to slash Indonesia’s oil imports, which are a major contributor to the country’s gaping trade deficit.

The Business Competition Supervisory Commission (KPPU) decided to fine ride hailing app Grab Indonesia Rp 29.5 billion ($2 million) and its business partner, PT Teknologi Pengangkutan Indonesia (TPI), Rp 19 billion for violation of Article 14 and Point D of Article 19 of Law No. 5/1999 on monopoly and business competition. The KPPU wrote in its verdict that Grab had discriminated against its driver partners, benefitting drivers who were affiliated with TPI. The discrimination reduced the percentage of non-TPI drivers as well as the amount of orders received by them.