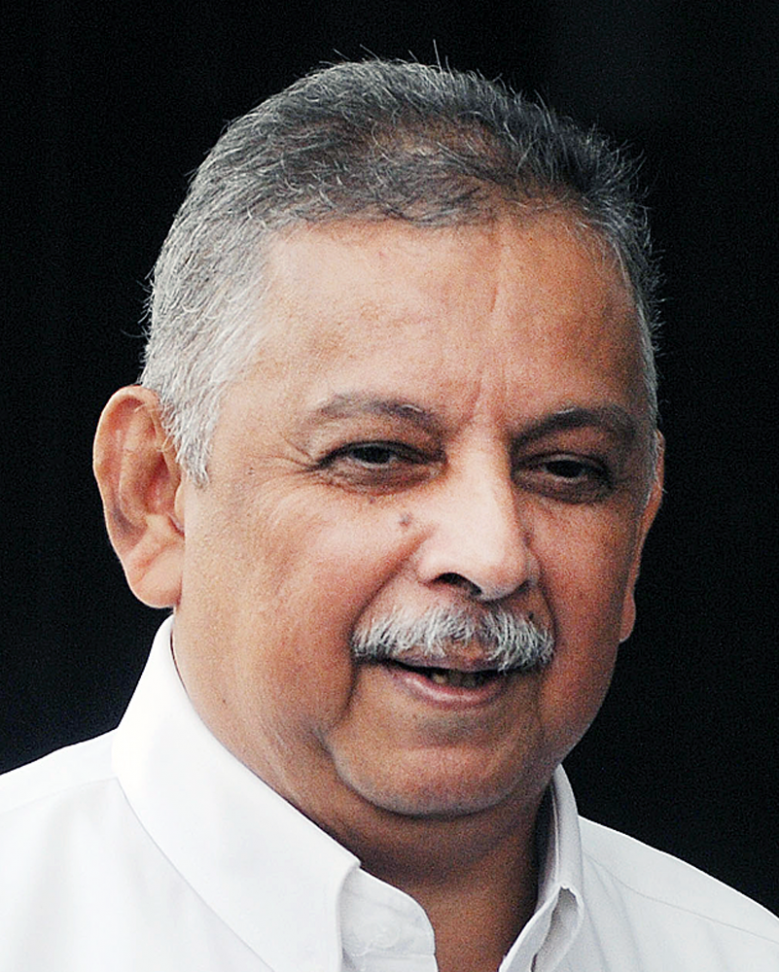 The Corruption Eradication Commission (KPK) has charged state electricity firm PLN president director Sofyan Basir for his alleged role in a graft case centering on the construction of a power plant in Riau. (JP/Dhoni Setiawan)

The General Elections Commission (KPU) is conducting a revote and vote extension in 1,511 polling stations across the country. The date for revoting in 1,165 other polling stations will be set later, but KPU chairman Arief Budiman said that according to the law, the entire process should be completed by Saturday, or 10 days after election day on April 17.

According to KPU data, voting will be held in 1,192, 483 and 446 polling stations in Papua, Central Sulawesi and South Sumatra, respectively.

Executive director of Charta Politika pollster Yunarto Wijaya has filed a police report against five social media accounts on Twitter, Instagram, and Facebook for alleged defamation. The National Police Criminal Investigation Department (Bareskrim) registered the report on April 14. Yunarto said there were hundreds of accounts that had produced hoaxes targeting him, but he singled out five of them as they had been attacking him for quite a long time.

Fake WhatsApp chats that reportedly involved him and his private phone numbers circulated in cyberspace on voting day. As a result, he claimed he received terror threats and insults, particularly after Charta Politika released its quick-count results.

Amid the brouhaha in the aftermath of Indonesia’s first-ever simultaneous legislative and presidential elections, one thing is almost certain: The Indonesian Solidarity Party (PSI) will not have any seats in the 2019-2024 House of Representatives. According to most quick counts, the newcomer, which has billed itself as a party for millennials and has a strong social media presence, gained around 2 percent of the vote, short of the 4 percent needed to obtain seats in the House.

PSI spokesman and legislative hopeful Dedek Prayudi said that while the party would evaluate what went wrong in its campaign for the national legislature, it would not compromise on its values.

Since the start of the campaign period last September, the party has been outspoken on issues regarding religious tolerance and minority rights. The PSI has also often criticized members of the current House and unveiled an initiative called Bersih-Bersih DPR (Cleaning Up the House), which aimed to require House members to submit expense reports from their work visits and related activities.

In a statement issued a few hours after polls closed on election day, PSI chairwoman Grace Natalie acknowledged that the party had failed to meet the legislative threshold and thanked supporters, vowing that the party would remain active in Indonesian politics. “We shall return, soon!” she said.

Indonesia may have won kudos for successfully holding its first-ever concurrent presidential and legislative elections on April 17, but election organizers, watchdogs and some lawmakers have agreed that the new election system is overly complicated. The new election system, in which voters are required to vote for five candidates on five different ballots on a single day, is under scrutiny following reports that more than 100 election workers presumably died of exhaustion.

The General Elections Commission (KPU) has conducted an evaluation of the current format and suggested that the country hold two levels of simultaneous elections: national and regional.

“The national level would consist of the presidential election and the elections for the House of Representatives and the Regional Representative Council [DPD] only, while the regional level consisting of elections for governors, mayors, regents and member of the regional legislative councils [DPRD],” KPU commissioner Hasyim Asy’ari said on Tuesday.
BUSINESS AND ECONOMICS NEWS AND HEADLINES

Finance Minister Sri Mulyani Indrawati, who is also the chairperson of the Financial System Stability Committee (KSSK), has warned about several potential threats that may affect the national economy this year.

The finance minister said the economy was relatively stable during the first three months of this year.  However, she said efforts to maintain growth by raising investments and exports should be continued to ensure stability.

Sri Mulyani warned that the increase in airfare could further push up inflation during Ramadan and Idul Fitri. The Central Inflation Management Team (TPIP) should work extra hard to address the problem as soon as possible, she added.

The OJK will continue to improve the capacity of local financial industry players in the face of weakening global economy, he added.

State-owned banks contributed significantly to the high amount of undisbursed loans in banks under the BUKU IV category – with a core capital of above Rp 30 trillion (US$2.126 billion) – during the first three months of this year.

BNI finance director Anggoro Eko Cahyono explained that credit disbursement was low during the January-March period because business players were mostly taking a wait-and-see stance ahead of the April 17 elections. He hoped that the condition would return to normal after the official election results were announced later next month.

An increase in tax refunds that need to be paid to companies involved in mining and manufacturing has reportedly contributed to a decline in tax revenue growth during the first quarter of the year.

According to the Finance Ministry data, tax revenue grew by 1.8 percent year-on-year (you), lower than the 9.9 percent growth recorded in the same period last year.

Tax Office data showed that tax refunds reached Rp 50.65 trillion (US$3.6 billion) during the January-March period, up 47.83 percent yoy.  Of the total, Rp 12.13 trillion was for non-oil and gas companies, a 61.6 percent increase from the amount recorded last year.

The Corruption Eradication Commission (KPK) has officially named electricity firm PLN president director Sofyan Basir a suspect in a graft case centering on the construction of a coal-fired power plant (PLTU) in Riau.

The KPK announced its decision in a press conference on Tuesday, held only hours after the Jakarta Corruption Court sentenced Golkar Party politician and former social affairs minister Idrus Marham to three years in prison for accepting a Rp 2.25 billion (US$159,766) bribe from businessman Johannes Budisutrisno Kotjo, a shareholder in the firm that had been awarded the $900 million project.

Sofyan has also been charged for accepting a bribe from Johannes in return for the right to develop the coal-fired power plant, known as PLTU Riau 1.

Johannes, a shareholder of Blackgold Natural Resources Ltd., was sentenced to two years and eight months in jail last year for giving Idrus and another Golkar politician, Eni Maulani Saragih, Rp 4.75 billion in bribes in a bid to secure the project.

“We have secured enough evidence indicating that [Sofyan] was promised the same amount in bribes as those given to Eni Maulani Saragih and Idrus Marham,” said KPK commissioner Saut Situmorang.

Jakarta Governor Anies Baswedan has revealed plans for new policies on taxation that aim to boost the capital’s tax revenue. However, the administration needs to collect new data on land and buildings throughout the capital to create a cadaster for fiscal purposes, which is expected to be finished in July.

The cadaster is important as the administration is drafting a policy to expand the scope of urban and rural land and building tax (PBB-P2) exemptions to include meritorious taxpayers such as veterans, retired police and military personnel, retired civil servants, national heroes, honorary medal recipients and former presidents and vice presidents, with certain requirements.

The city administration issued Gubernatorial Regulation No. 38/2019 on PBB-P2 exemptions during the leadership of Basuki “BTP” Tjahja Purnama for individuals or institutions whose land and building assets amounted to less than Rp 1 billion (US$70,175) in taxable value of properties (NJOP). As stipulated in Article 4A. The tax policy is only valid until Dec. 31 this year.

Despite the deadline, Anies emphasized that the administration had no intentions to end the policy. The city administration has also issued Gubernatorial Regulation No. 41/2019 on PBB-P2 in an effort to increase tax revenue. Article 3 of that regulation stipulates that taxpayers who own unused land in premium areas like Jl. MH Thamrin, Jl. Sudirman, Jl. Rasuna Said, Jl. Gatot Subroto and Jl. MT Haryono are required to pay double the tax rate.

However, Article 3 section 4 stipulates that those who transform the unused land into open green spaces are required to pay only half the general tax rate.