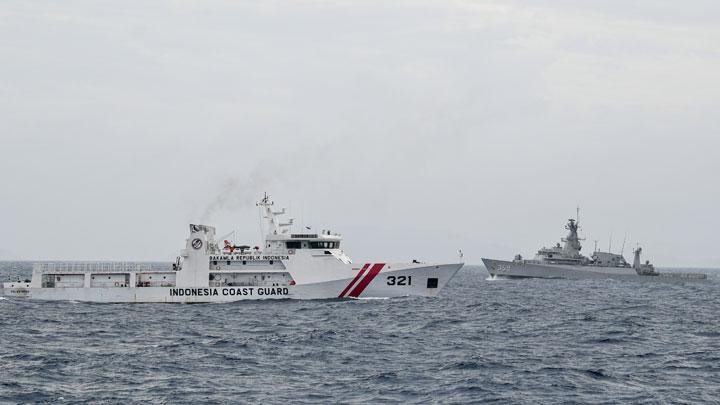 The KPK has found that Wahyu and Agustiani Tio Fridelina, Wahyu’s trusted aide and former Elections Supervisory Agency (Bawaslu) member, had accepted a bribe of Rp 900 million from Harun Masiku, a legislative candidate from the PDI-P. The KPK has named four suspects, Wahyu and Agustiani for accepting the bribe and Harun and Saeful Bahri, a staff member of Hasto, for giving the bribe.

A KPK investigator said the antigraft body had discussed Hasto’s alleged role in the case. According to the law enforcer, it is suspected that Hasto had ordered Saeful to lobby the KPU to rule in Harun’s favor. The KPK had reportedly planned to search Hasto’s office in the PDI-P’s central executive board headquarters, yet the plan was shelved as the KPK’s supervisory council had not granted a permit for the action at that time.

The bribery case involving members of the Indonesian Democratic Party of Struggle (PDI-P), the nation's largest party of which President Joko "Jokowi" Widodo is a member, has become a litmus test for whether the Corruption Eradication Commission (KPK) is effective under a new law critics say was designed to declaw it.

The bribery scandal has come under public scrutiny as it is also the first high-profile case taken by the antigraft body under its new leader, Firli Bahuri. Firli's appointment as KPK chief stirred controversy, with antigraft activists accusing the active police officer of committing ethics breaches while serving as the KPK law enforcement chief.

“Looking at the situation, I think it’s a perfect test for the KPK,” said Zaenur Rohman, a researcher of Gadjah Mada University’s Center for Anticorruption Studies (Pukat UGM). “The KPK is in a dilemma, for it now has to choose whether it wants to uphold its integrity as a law enforcement agency or to halt the case, given the fact that it involves members of a leading ruling party and that the KPK has become a part of the administration under the 2019 KPK Law."

Antigraft activists, however, have cast doubt on whether the KPK would be able to solve the case, arguing that the new KPK Law has been proven to have undermined its performance. Donal Fariz of Indonesia Corruption Watch (ICW) highlighted that under the new law, investigators are required to secure a permit to conduct raids, something that was considered unnecessary under the old law.

The Meteorology, Climatology and Geophysics Agency (BMKG) has forecast heavy rainfall in a number of regions across the country throughout this week. It is predicted that floods will potentially affect several areas.

According to the BMKG, based on its analysis on rainfall prediction, South Sulawesi is on a state of siaga (watch), while West Sumatra, South Sumatra, Jambi, Bengkulu, Banten, East Java, Central Sulawesi, Maluku, West Papua and Papua have the status of waspada (caution).

The government and lawmakers have agreed to produce omnibus laws that will serve as umbrella legislation for a variety of laws related to politics, with the main objective being to merge revisions of all regulations on politics and elections into a comprehensive legislation.

Through the deliberation of the draft omnibus laws, the lawmakers will also probably revise the existing electoral systems, including whether elections should be held simultaneously.

The idea of reorganizing the country’s political system through the issuance of omnibus laws was proposed by House Commission II overseeing home affairs to the Home Ministry in December 2019, when they were discussing which bills should be included in the 2020-2024 National Legislation Program (Prolegnas), said the commission’s chairman Ahmad Doli Kurnia of the Golkar Party.

The government has been urged to send large patrol vessels and fishing boats to the North Natuna Sea on a consistent basis so as to prevent future tension with China in the area.

International law professor from the University of Indonesia (UI), Hikmahanto Juwana, said that unlike China, which had consistently scouted the North Natuna Sea, the presence of Indonesian patrol vessels in the region had been largely inadequate.

“Our exclusive economic zone [EEZ] should be guarded by the coast guard’s patrol vessels, not the Navy’s,” said Hikmahanto.

Hikmahanto also deemed that the tension between Indonesia and China in the North Natuna Sea would be difficult to resolve as the two countries followed different legal basis to support their respective claims: Indonesia abides by the United Nations Convention on the Law of the Sea (UNCLOS), while China’s unilateral claim is based on its so-called nine-dash line.

“What Indonesia can do is to firmly assert its support for the UNCLOS. This will prevent China from thinking that Indonesia has forgotten its claim over Natuna,” said Hikmahanto.

A number of factions in the House of Representatives (DPR) support the proposal to establish a House Special Committee (Pansus) to investigate the finances of state-owned insurance company Jiwasraya, which has incurred trillions of rupiah in state losses.

According to Kontan, five of the six House factions support the establishment of the Pansus, with only the Indonesian Democratic Party of Struggle (PDI-P) disagreeing with the proposal.

Commission XI member Heri Gunawan of the Gerindra faction said that the formation of the special committee would be a political path toward settling the Jiwasraya case and to discover if people outside the company were involved.

The government plans to issue debts totaling about Rp 786.92 trillion (US$57.31 billion) this year through Rp 351.9 trillion in government debt papers (SBNs) and Rp 435.02 trillion in loans to cover the deficit in the state budget.

The 2020 budget deficit is projected at 1.76 percent of gross domestic product (GDP), a decline from this year’s deficit of 2.2 percent, which was higher than the initially estimated 1.87 percent.

The Tourism and Creative Economy Ministry, which has taken over Bekraf’s role, plas to create centers of creative excellence to explore and nurture each region’s creative economy potential, such as handicraft, cuisine, fashion and performing arts.

“We have been working with the Public Works and Housing Ministry to establish a creative hub in Pusat Waringin, Labuan Bajo, East Nusa Tenggara,” Tourism and Creative Economy Minister Wishnutama Kusubandio told the press on Jan. 8.

He said the ministry was establishing creative hubs at Lake Toba in North Sumatra and at Borobudur Temple and Semarang Old Town in Central Java.

Indonesia is turning toward tourism, the creative economy and the digital economy as its new engines for economic growth amid its lowest GDP growth in more than two years. According to Bekraf, the creative economy contributed 7.4 percent to Indonesia’s GDP in 2016, and is expected to grow 9.6 percent in 2019 to reach Rp 1.2 quadrillion (US$87.14 billion).

One of Japan's wealthiest people, Masayoshi Son, met with President Joko “Jokowi” Widodo for the second time within the past year to negotiate investment opportunities in Indonesia through his conglomerate, Softbank Group Corp.

At the first meeting between the pair in July 2019, Jokowi asked Son to support Indonesia’s electric vehicle project. Son agreed to the cooperation and offered a number of programs, including the provision of an integrated electric vehicle infrastructure.

At their second meeting over the weekend, Jokowi asked Son and SoftBank to assist in the development of the country's new capital city in East Kalimantan, to which Son also agreed.

Son confirmed his support for developing a modern capital that implemented the latest technologies and green concepts.

The government has issued several incentives, including a higher tax threshold and a reduced down payment requirement, but analysts believe these will not be enough to revive the country’s sluggish property market.

Research and consultancy head Anton Sitorus of real estate consultancy Savills Indonesia said he expected the property market to remain the same this year despite the stimulus, as demand would remain weak.

He said that the government and Bank Indonesia (BI) stimulus package would not have much impact on property sales, because current property prices were still considered too high.

Even though the global economy looks to be heading toward recovery, Anton said that property growth in the country would depend heavily on how developers devised their pricing strategy.

“I don’t see much change this year because the current prices are already too high,” he said, adding that the high prices would limit the investors’ returns.