Luhut yet to effectively curtail COVID-19 cases across nine provinces 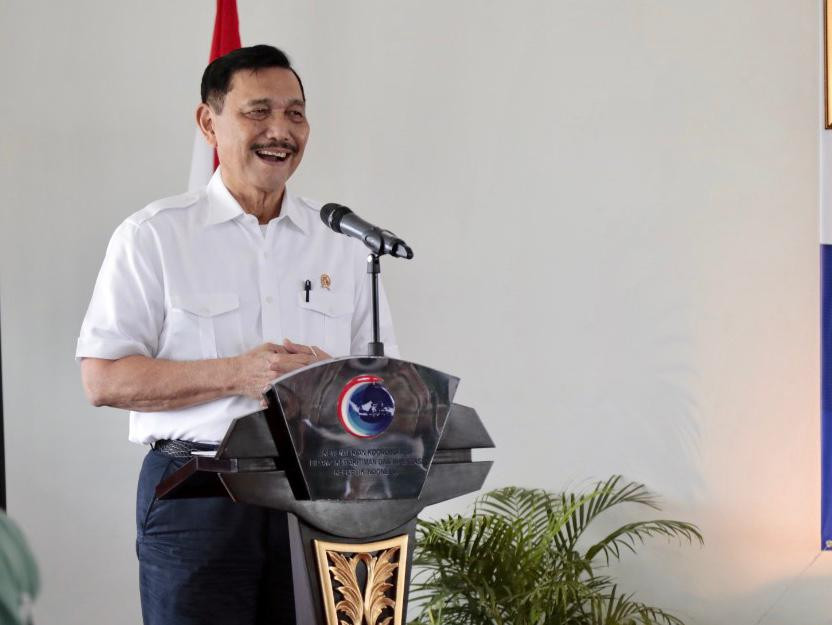 Nongovernmental organizations grouped under the Indonesian People’s Faction (FRI) have argued that the Job Creation Law was not valid because its submission to President Joko “Jokowi” Widodo had exceeded the deadline.

House of Representatives Regulation No. 2/2020 concerning law formation stipulates that the submission of a draft law must be carried out no later than seven working days from the data of mutual consent.

“As we all know, the [House] plenary session approved the Job Creation Law on Oct. 5. This means that the submission should have been made no later than Oct. 13, or one day ago,” the FRI said in a written statement on Wednesday.

This delay has only added to mounting concerns that the jobs law may not be legally sound.

According to House secretary-general Indra Iskandar, the jobs law will be handed over to the President on Wednesday afternoon through State Secretary Pratikno.

Based on data recorded on Sunday, the global average of active COVID-19 cases stands at 22.08 percent, whereas Indonesia’s rate is 19.17 percent.

However, until now, these nine provinces have only seen an increase in positive cases, while their recovery rates have also declined.

The accumulation of positive cases then fell to 38,519 over the last two weeks, between Sept. 29 and Oct. 12. Despite this declining trend, several provinces in the last two weeks have recorded their highest numbers of COVID-19 cases, namely Jakarta, Central Java and East Java.

The International Monetary Fund (IMF) predicts that Indonesia’s current account deficit will reach 1.3 percent of gross domestic product (GDP) this year, better than last year’s figure of 2.7 percent. Indonesia’s shrinking current account deficit is due to weakened demand for imported products, the IMF explained. However, the deficit may widen to 2.4 percent in 2021 when the economy starts to recover.

Indonesia’s manufacturing sector still contracted in the third quarter of the year, according to Bank Indonesia (BI), though not as deep as in the second quarter.

BI spokesperson Onny Widjanarko said the central bank’s prompt manufacturing index (PMI) stood at 44.91 percent in the third quarter, higher than 28.55 percent in the previous quarter. A reading below 50 signifies a contraction against the previous quarter, while above 50 reflects expansion. BI projects that the manufacturing sector will continue its contraction in the fourth quarter as its PMI is predicted to reach 47.16 percent.

The Upstream Oil and Gas Regulatory Task Force (SKK Migas) announced that upstream oil and gas investment has reached US$ 7.03 billion, or 63.33 percent of this year’s target of $11.1 billion, as of September.

“$6.91 billion was made in production and $120 million in exploration,” SKK Migas spokesperson Susana Kurniasih said.

She added that the task force had no plans to change its investment target for the fourth quarter.

Before the COVID-19 pandemic, SKK Migas targeted an upstream oil and gas investment of $13.83 billion.