Mahfud to propose alternatives to IS sympathizers’ repatriation 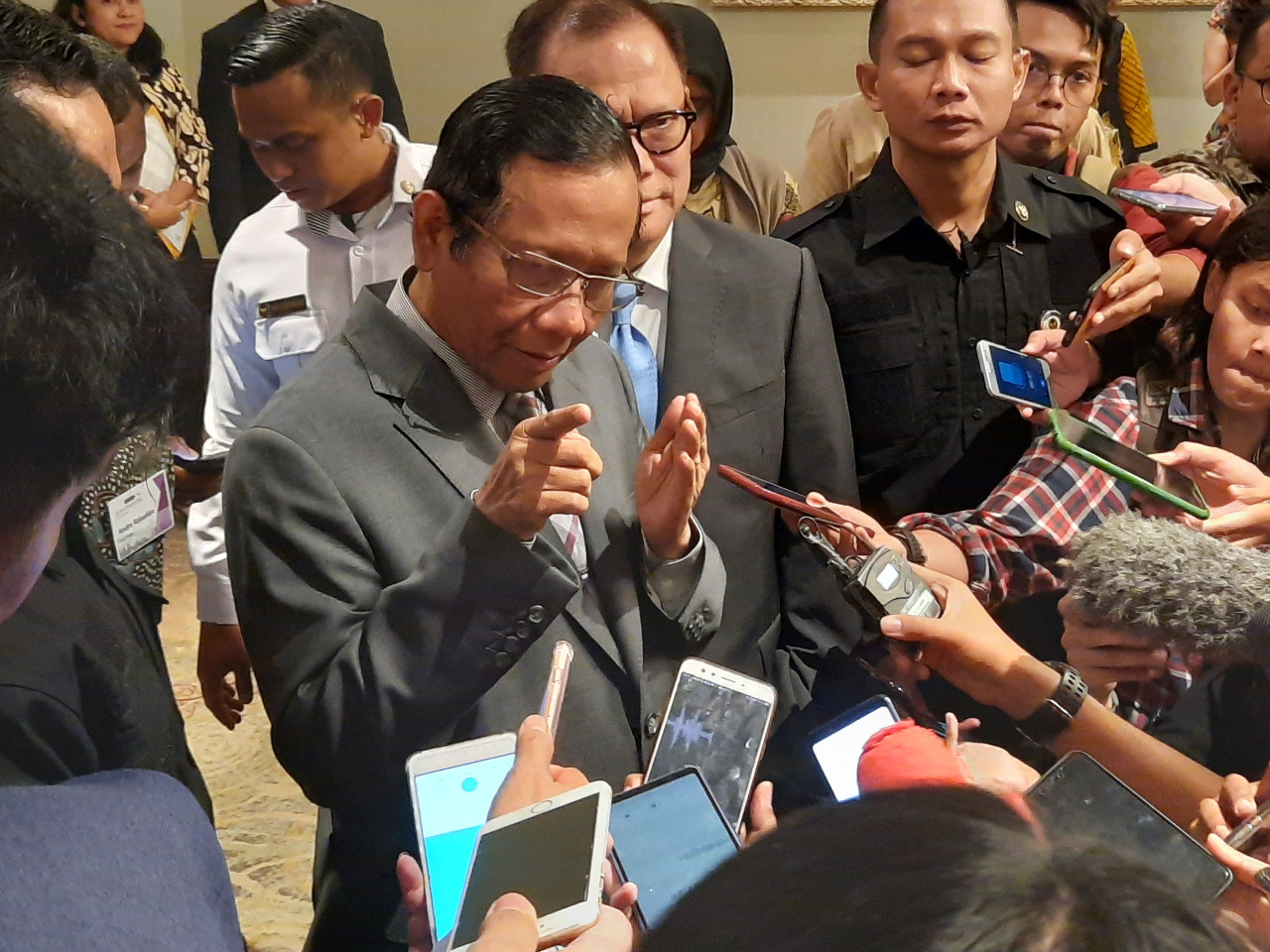 United Development Party (PPP) lawmaker Arsul Sani said the government would possibly submit the draft of the omnibus bill on job creation, an academic document required for the bill’s legislation and a presidential letter (Surpres) to the House of Representatives today. Upon submission, the lawmakers will officially begin their deliberation of the bill. According to Arsul, Coordinating Economic Minister Airlangga Hartarto will directly submit all of the documents to the House.

“We have found several alternatives,” said Mahfud. The coordinating minister, however, declined to provide further details about the alternatives, saying he would wait for the President’s decision first.

Minister Retno met earlier today with representatives of Indonesia’s largest Islamic group Nahdlatul Ulama (NU), namely NU chairman Said Aqil Siradj and NU deputy secretary general Madsuki Baidlowi, to ask for their input regarding the matter. After the meeting, Said reasserted that his party rejected any plan to repatriate former IS group sympathizers into the country. “Why should we think about the fate of those 600 people and sacrifice the safety of 260 million Indonesians in the country?” he asked.

The World Bank’s managing director for development policy and partnerships, Mari Elka Pangestu, predicts that Indonesia’s first quarter economic growth rate would be less than 5 percent because of the coronavirus outbreak in China. The outbreak is projected to cut China’s economic growth by 100 to 300 basis points (bps), which in turn would decrease Indonesia’s growth rate by 30 to 90 bps.

The Indonesian Biodiesel Producers Association (APROBI) announced that the trial of 40 percent (B40) in vehicles is to begin in March this year. APROBI chairman MP Tumanggor explained that two production methods are to be used in the trial: fatty acid methyl ester (FAME) and crude palm oil (CPO) distillation. The implementation of the B40 policy is expected to begin in January 2021.

For the 30 percent blended biodiesel (B30) policy that started from January this year, APROBI aims to produce 9.6 million kilolitres.

State-owned lender Bank Mandiri disbursed Rp 17 billion (US$1.24 million) in micro credits to 400 merchants registered as partners with online marketplace Bukalapak over January 2020. This number is likely to increase, as Mandiri is targeting 1.5 million Bukalapak partners. Mandiri consumer banking transaction director Hery Gunadi said the bank would use the partners’ credit histories to assess their eligibility to receive loans.