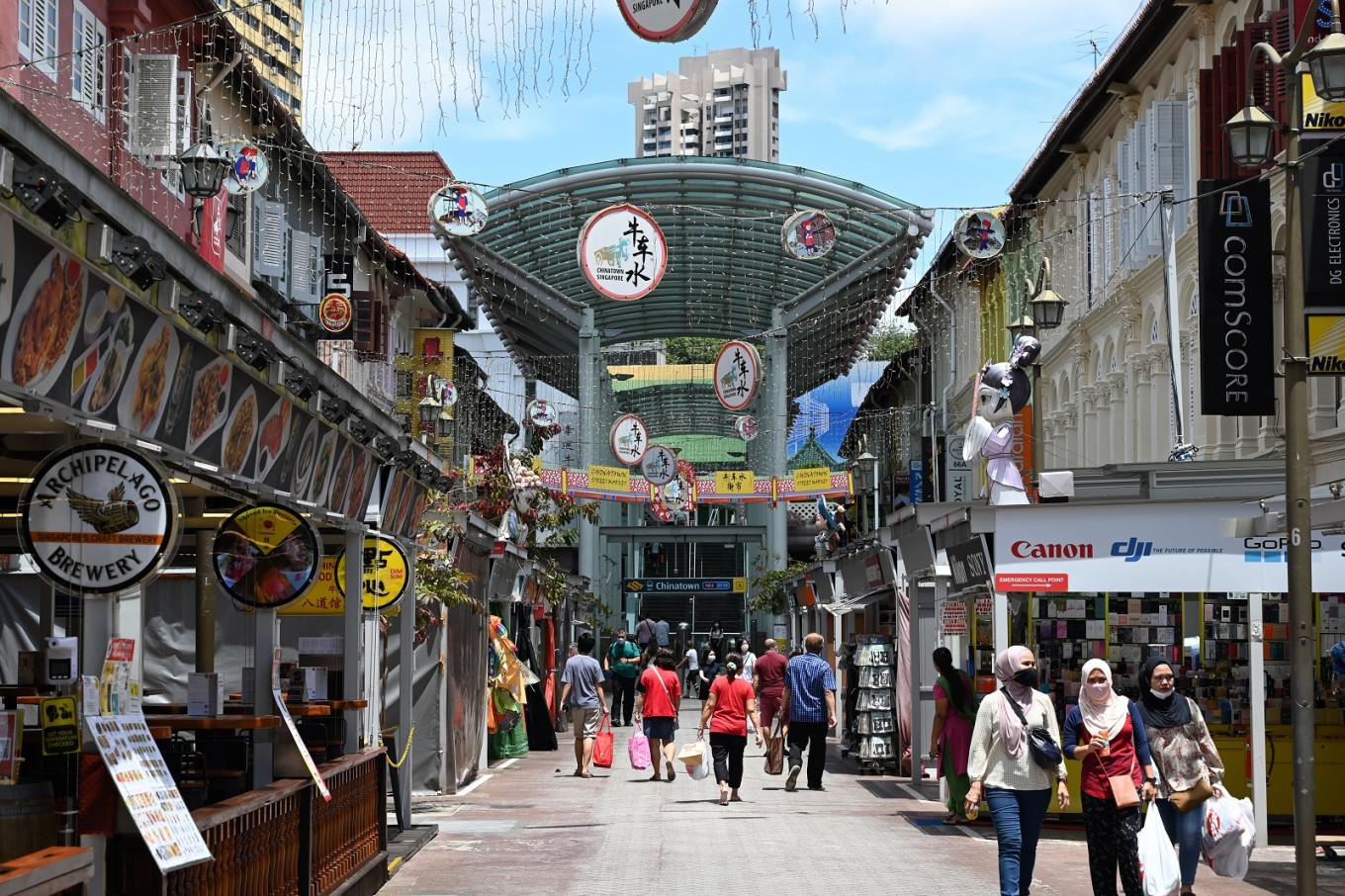 The Law and Human Rights Ministry is revising its temporary ban on foreigners entering Indonesia as the government enters discussions with Singapore to form a travel corridor arrangement between the two countries for essential businesses. Minister Yasonna Laoly said the ministry was finalizing a revision to a ministerial regulation about temporary prohibition of foreigners entering Indonesia amid the COVID-19 outbreak, which had been effective since April 3.

He requested that authorities prepare sufficient health infrastructure for passenger coronavirus screening in airports and seaports, especially in Jakarta as well as Batam, Riau Islands, which directly borders Singapore.

The ministry’s Immigration Directorate General will prepare an electronic visa service for the essential travelers looking to visit the country. The visa service is expected to be available starting Oct. 15.

Yasonna claimed the arrangement would make way for economic recovery because it would allow easier mobility for businesspeople, investors and state officials. The discussion for the arrangement is still ongoing, as Indonesian Foreign Minister Retno LP Marsudi met with her Singaporean counterpart Vivian Balakrishnan in August.

Coordinating Political, Legal and Security Affairs Minister Mahfud MD has claimed that a number of regions where the 2020 simultaneous regional elections will take place are no longer categorized as COVID-19 “red zones”.  In contrast, some regions that will not host an election this year have become COVID-19 hotbeds, Mahfud reported.

Meanwhile, 33 areas that will not take part in this year’s regional elections have been categorized as red zones, increasing from the previous report in which only 25 non-election areas were declared as red zones.

Based on the figures, Mahfud emphasized that the 2020 regional elections would not affect regions’ level of vulnerability to COVID-19 transmission. Mahfud went on to remind of the importance of compliance with health protocols. “A region’s level of vulnerability to COVID-19 infection is not influenced by whether or not it will host an election, but rather by people’s discipline in following health protocols,” said Mahfud.

Former Jakarta deputy governor and losing vice presidential candidate Sandiaga Uno will reportedly lead the campaign team of Gibran Rakabuming Raka, President Joko “Jokowi” Widodo’s eldest son, who will take part in the 2020 Surakarta mayoral race. Sandiaga and Gibran, according to Gerindra's Surakarta executive board (DPC) chairman Ardianto Kuswinarno, are similar in many aspects, particularly in regard to their perspectives on micro, small and medium enterprises (SMEs).

According to Ardianto, the decision to appoint Sandiaga as campaign head for Gibran and Teguh Prakosa’s, Gibran’s running mate, was made at the party’s central level. He further added that the Gibran-Teguh campaign team had yet to decide which campaign methods would be employed amid the pandemic.

Peer-to-peer (P2P) lender Restock has partnered with mobile app-based waste management company Octopus in an effort to provide loans for scavengers. “Previously, we never thought of scavengers as a potential micro business to receive lending. Through Octopus, however, we can get the data needed to assess the feasibility of investing in the circular economy,” Restock CEO Muhammad Farid Andika said in a statement. To date, Restock has disbursed Rp 20 billion (US$1.35 million) in loans to scavengers, that are paid back with plastic waste.

“We are planning to build solar panel systems with a capacity of 10 megawatts [MW] in Ombilin. Accordingly, we will need 200 hectares of land, [which] is relatively available for us,” Arviyan said, referring to the company’s mining site in West Sumatra. He went on to say that if the price was attractive, Bukit Asam would expand its solar panel development to Tanjung Enim, its mining site in South Sumatra. Aside from developing a solar panel venture, Arviyan said Bukit Asam had embraced the quest to lower its carbon emission by installing supercritical technology in its power plants.

The company is also planning to develop its downstream business to reduce the environmental impact of coal. Among the products the company is developing is Dimethyl Ether (DME), which is a substitute for liquified petroleum gas (LPG). Other products that may be developed down the line range from lubricant and polythene to polyester and urea fertilizer.