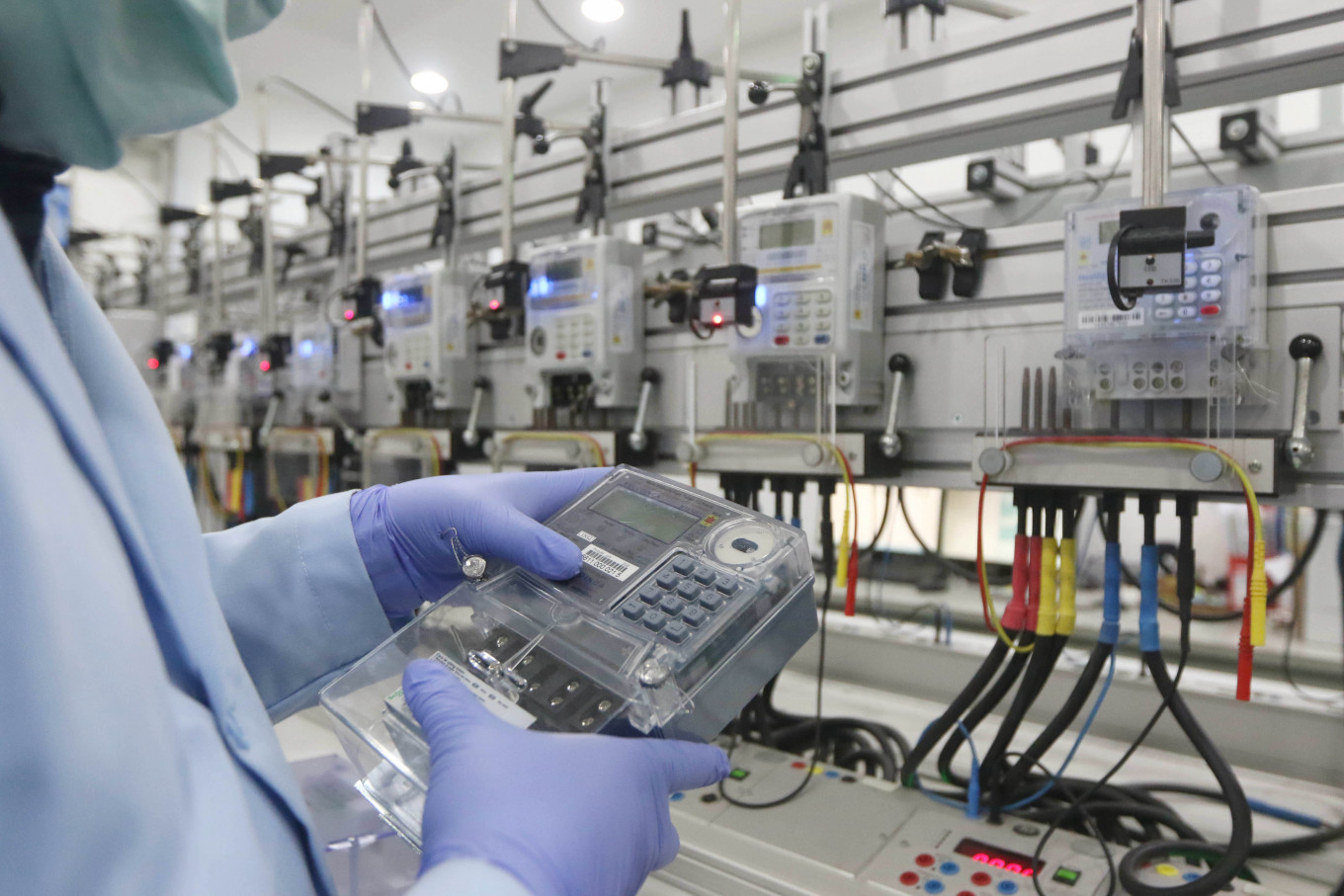 Statistics Indonesia (BPS) reported an increase in the Indonesian Democracy Index (IDI) to 74.92 points in 2019, up 2.53 points from the previous year. The number is slightly lower than the 75-point target set in the 2019 national medium-term development program (RPJMN).

The IDI has three possible ratings: poor (below 60 points), fair (60-80 points) and good (above 80 points). Based on this scale, Indonesia's democracy could be categorized as “fair”, BPS head Suhariyanto said.

Suhariyanto further explained that the IDI was a composite index of three key areas, 11 variables and 28 indicators. The key areas were civil freedom, political rights and democratic institutions, in which Indonesia scores 77.2, 70.71 and 78.73 points, respectively.

For someone with little experience in politics and who is mostly known as a businessman, the meteoric rise of State-Owned Enterprises Minister Erick Thohir has surprised many, and it was his business-like attitude that won the heart of President Joko “Jokowi” Widodo, who has continued to trust him to handle major issues.

The recent issuance of Presidential Regulation (Perpres) No. 82/2020, which gives Erick a new job as the executive director of the government’s COVID -19 Response and Economic Recovery Committee, is an indication of the high degree of trust shown by the President in the former businessman, political analysts have said.

Firman said Erick’s impressive track record and growing job portfolio had garnered him the respect of members of the political coalition in Jokowi’s government.

He said the appointment of Erick to lead the post-COVID-19 recovery was also an indication that Jokowi had shifted his priority from public health to the economy.

Centre for Strategic and International Studies (CSIS) political observer Arya Fernandes said Erick’s appointment as the leader of the post-COVID-19 recovery team could be seen as Jokowi’s effort to groom his potential successor.

Coordinating Political Legal and Security Affairs Minister Mahfud MD said on Monday that the Supreme Court’s ruling, which accepted the demand of prosecutors at the South Jakarta District Court that the panel of judges drop the case review plea filed by notorious fugitive Djoko Soegiharto Tjandra was not legally flawed.

The court’s decision was based on its 2009 ruling, in which the court sentenced Djoko to two years’ imprisonment and ordered him to pay more than Rp 546 billion (US$54 million) in restitution for his involvement in the high-profile Bank Bali corruption case.

“The court’s 2009 ruling is valid and legally binding,” said Mahfud.

Responding to Djoko’s legal team, Mahfud said a convict would always seek to evade the law.

Dedi added that the decrease of independent candidates was also due to the party’s solidarity and voters’ increased trust in political parties.

Papuan community leaders and activists are urging the central government to “be wise” in its plans to amend the Special Autonomy (Otsus) Law and to involve Papuans in reviewing the special autonomy status of Papua and West Papua.

The law is the legal foundation for the Papua provincial administration to manage its own political, cultural and economic affairs. Enacted initially in 2001, the law was revised in 2008 to also cover West Papua. The Otsus Law also stipulates the allocation of a special autonomy fund from the central government to accelerate development in Indonesia’s easternmost provinces. The fund is set to expire in November 2021.

John Bunai, a Catholic priest from the Papuan capital of Jayapura, recently represented a group of 57 Catholic priests in Papua that demanded an end to the “forced continuation of Otsus in Papua”. He is now calling on the government to create room for dialogue between Papua and Jakarta, saying that dialogue should be an integral part of reviewing the special autonomy to determine what had gone wrong so far.

The dialogue should also involve regional administrations to review how they spent the Otsus fund, John said, which could help identify problems in the fund’s disbursement and management.

Indonesia’s Purchasing Managers Index (PMI) has started to rise in the past three months to 46.9 points in July after falling to its lowest point in April. Relaxation of the large-scale social restrictions has contributed to the growth of the manufacturing industry. The government is optimistic that the manufacturing index will pass the level of 50 in the third quarter of 2020 and position it at the expansive route. This will also be supported by stimulus disbursement and absorption of domestic industrial products.

However, business players are still pessimistic as productivity has yet to return to the pre-pandemic state. The public’s purchasing power that could increase demand has also remained low during the pandemic, leading to 0.1 percent month-to-month deflation in July 2020. The year to date inflation rate has also remained at 0.98 percent level.

Moreover, Indonesia might need to be cautious of rising COVID-19 cases as it could potentially slow down the recovery of the manufacturing industry. Reflecting on other ASEAN countries’ performance, the increase in new COVID-19 cases has led governments to reintroduce social distancing measures, which contributed to the decrease in their manufacturing PMI for July 2020.

Market players' fear of worsening global economic recession has led to this trend, especially as countries start to reimpose lockdowns and other social distancing measures, said Anugerah Mega Investama director Hans Kwee. Moreover, in the last fifteen years, the stock market index has tended to weaken in August due to investors’ tendency to rebalance their portfolios post the dividend distribution period.

The Jakarta Composite Index (JCI) has weakened by 20.53 percent since the beginning of the year and has become the third-worst performing index in Asia. Despite that, Hans said this could be the right time to buy the stocks abandoned by the foreign investors. The pattern shows that Indonesia has the prospect for growth once the pandemic is over due to the high purchasing power, he added.

People’s purchasing power has fallen as indicated by the 0.1 percent deflation in July, resulting in 0.98 percent inflation from January to July 2020.

According to Statistics Indonesia (BPS), the main contributors to the deflation come from the food, beverage and tobacco category, which experienced 0.79 deflation and contributed 0.19 percent to the total deflation. Food products with deflated prices are shallots, garlic, sugar, cayenne pepper and purebred chicken, among others.

As a result, President Joko “Jokowi” Widodo has instructed his ministers and institution heads to accelerate the COVID-19 mitigation stimulus disbursement amounting to Rp 695.2 trillion (US$47.66 billion), Rp 87.5 trillion of which is directed to healthcare stimulus, while the remaining Rp 607 trillion is allocated for the national economic recovery (PEN) program.

“However, as many as 40 percent of ministries have not created the budget execution lists (DIPA) yet. If there is no DIPA, then how can the economic stimulus [disbursement] be realized?” President Jokowi said.

As of Aug. 3, the fund disbursement has only reached Rp 141 trillion or 20 percent of the total stimulus budget. The main contributor of the disbursement was social assistance with 39 percent disbursement. Investor Daily notes that President Jokowi has reminded his ministers and institution heads about the slow stimulus disbursement four times.

National flag carrier PT Garuda Indonesia president director Irfan Setiaputra said domestic and international airline industry have been hit hard by the COVID-19 pandemic. “The total passenger load is only 20 percent of that of last year,” he told Tempo.

According to international research institutions such as Moody’s Investor Service, the airline industry will recover in 2023. However, Irfan said Garuda and other airlines were not able to hold on for that long.

Garuda’s unaudited financial report shows that the airline suffered a US$712.72 million loss in the first half of this year. Its revenue, amounting US$917.29 million, falls behind its costs that reached US$1.64 billion.

Irfan said the airlines had taken strategic steps such as optimizing its cargo business. He has also taken part in meetings with the government to formulate stimulus for airlines. Garuda should receive Rp 8.5 trillion (US$582.70 million) in stimulus but it can only disbursed in October because some aspects, such interest rate and fund use, are still being calculated.

The fees will be waived for 400,000 such entities for power consumed between July and December. The deductions will be reflected in bills in the following month. The electricity giant will be compensated by the government with funds from the state budget.

PLN and the government are drafting regulations to implement the relief scheme, which had been requested by businesses themselves, said Energy and Mineral Resources Ministry Electrification Director General Rida Mulyana on July 30.

Erasing electricity bill minimums is the third power-related relief scheme introduced by the government to protect Indonesians from the economic downturn resulting from the COVID-19 pandemic.