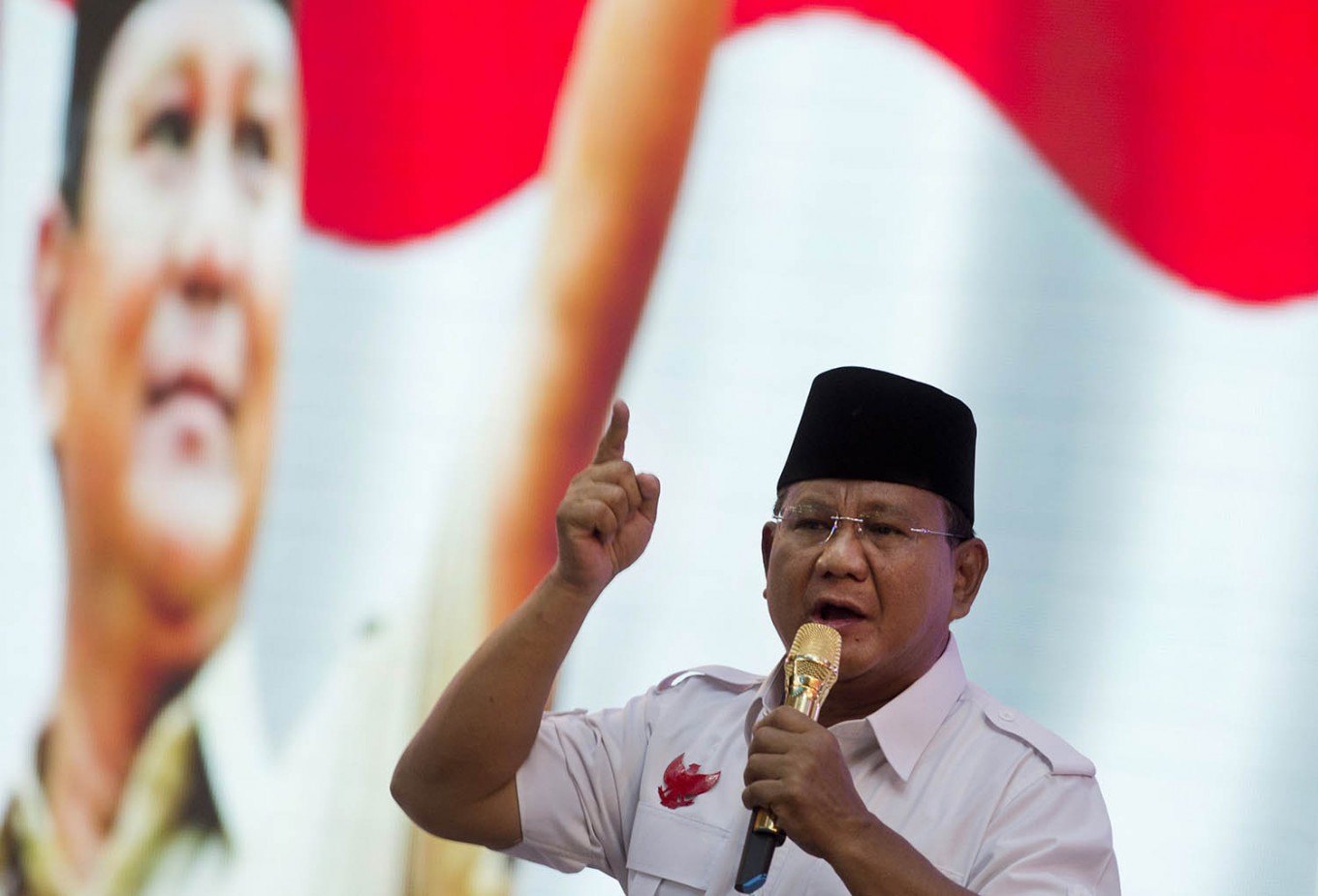 Following the deaths of hundreds of poll workers during and after the April 17 general election, people grouped in the Alliance on Tragedy of  2019 Election (Aliansi Masyarakat Peduli Tragedi Kemanusiaan Pemilu 2019) are demanding the government establish a joint fact-finding team to investigate the tragedy, which many claim was connected to election fraud. The alliance is also urging the government, specifically the Health Ministry, to perform autopsies on the bodies of the dead.

Health Minister Nila F. Moeloek, however, said on Tuesday that autopsies were beyond the ministry’s authority. She said a forensic autopsy could be performed if the police suspected a person died of unnatural causes and at the  request of the family of the deceased.

The Health Ministry is, however, capable of conducting verbal autopsies, in which family members of the dead poll workers would be interviewed to discover symptoms of disease prior their death. Nila said interviews had been randomly conducted by an independent team appointed by the ministry.

Despite the rejection of presidential candidate Prabowo Subianto of the provisional result of vote counting, citing systematic cheating, the General Elections Commission (KPU) is insisting on continuing the national vote tabulation, which has reached more than 80 percent.

KPU commissioner Ilham Saputra said Tuesday the commission was open to any claims of wrongdoing. Anyone who discovers any mistake or proof of fraud can file a report with the Elections Supervisory Agency (Bawaslu) in accordance with the 2017 Election Law.

The commission is scheduled to announce the final result of vote counting on May 22.

Democratic Party of Struggle (PDI-P) secretary-general Hasto Kristiyanto has predicted that his party will win the 2019 legislative election based on the vote recapitulation in provinces across the country. Hasto also has been signaling that the next House of Representatives (DPR) speaker will be a woman, who is experienced both inside the party and in the House, saying that his party had never taken gender into account when it came to a candidate.

The candidate Hasto was talking about was most likely Coordinating Human Development and Culture Minister Puan Maharani, who collected 404,034 votes in the recent legislative election to secure a seat in the House.

PDI-P deputy secretary-general Ahmad Basarah said the votes Puan garnered proved her legitimacy and that she was therefore a perfect candidate for the DPR speakership, not to mention her experience at the House as chief of the PDI-P faction for 2009-2014.

Puan has not made a decision regarding her candidacy and is said to be waiting for the official election result announcement by the General Elections Commission (KPU) on May 22.

Presidential candidate Prabowo Subianto said on Tuesday that he would not accept the final result of the election to be announced by the General Elections Commission (KPU), which is expected to show that incumbent President Joko “Jokowi” Widodo secured his reelection, claiming his own campaign team has its own data showing that he won the race.

As of Tuesday, the vote count tabulation on the KPU’s online data tabulation center (Situng) had gathered more than 80 percent of the data from 810,000 polling stations nationwide and showed that Jokowi-Ma’ruf Amin led with 56 percent of the vote, while the Prabowo-Sandiaga Uno ticket garnered 44 percent.

Prabowo, who has made several victory claims since polling day, said the vote count by his campaign team showed otherwise. He claimed that he had won with 54 percent based on data from 54.9 percent of the polling stations. He alleged that the KPU vote count contained “systematic and massive cheating” that had benefited the incumbent.

The campaign team has also made a series of accusations to undermine the credibility of the electoral process, including claiming that the deaths of hundreds of poll administrators in the election were somehow connected to efforts to commit election fraud to disadvantage Prabowo.

But it was not until Tuesday that the campaign team finally revealed the data to support Prabowo’s victory claims. The data indicate that the team collected a total of 1.4 million C1 forms from all provinces, 444,976, or about 30 percent of which have been validated and verified.

The Prabowo team’s IT officer Khairul Anas claimed he had established a screen monitoring robot that monitored the KPU’s tabulation website every minute and detected data from uploaded C1 forms that had been manipulated. He also did a forensic IT analysis, comparing several C1 forms from one polling station and allegedly found indications of data fraud.

“Most of the C1 forms we scanned can’t be read [by this system], which means the forms are not original but the results of editing using Microsoft Word,” Khairul said.

Separately, the KPU suggested that Prabowo’s team immediately hand over all the data it has to the commission so it can be compared with the KPU’s data.


Monitoring of comments to continue
The Jakarta Post, p.2

A government-sanctioned team of legal experts is pressing forward with scrutinizing the legality of statements made by opposition figures, despite concerns about restrictions on freedom of speech.

The team, set up by and to assist the Office of the Coordinating Political, Legal and Security Affairs Minister, is currently looking into remarks by supporters of President Joko “Jokowi” Widodo’s rival Prabowo Subianto. The controversial remarks include those related to invoking “people power” in the wake of the 2019 presidential election.

“We are studying the facts to see whether or not they [the statements] constitute criminality,” Romli told The Jakarta Post on Tuesday. “If they are, we will hold further discussions until we reach a conclusion as to which laws and which articles they violate, and we will hand over the findings to the police.”

Romli said that the controversial remarks and actions under assessment included those made prior to the April 17 election as well as after polling day and those that were considered to have incited public unrest. However, he declined to reveal details about the cases that the team was currently handling.

The team of legal experts, which was established recently under a ministerial decree signed by Coordinating Political, Legal and Security Affairs Minister Wiranto, will work until Oct. 31.
BUSINESS AND ECONOMICS NEWS AND HEADLINES

A selling spree continued at the Indonesia Stock Exchange on Tuesday as big investors pulled out from the market amid fears that the escalation of the trade war between the United States and China could harm the world economy.

The Jakarta Composite Index (JCI) plunged 1.2 percent in morning trade as the withdrawal of foreign funds in regional markets also hit the local exchange. Despite a number of blue chip shares gaining in the afternoon session, the index lost 1.05 percent during the day to close at 6,071.20.

The rupiah was also under pressure amid the selling spree at the stock market. The Indonesian currency weakened to 14,430 per US dollar.

Based on Bank Indonesia’s Jakarta Interbank Spot Dollar Rate (JISDOR), the rupiah fell to 14,444 per US dollar from 14,362 per US dollar the previous day.

Analysts said that in addition to the negative sentiment resulting from the prospect of slower global economic growth, investors in the Indonesian stock market were also worried about a projected increase in the country’s trade deficit in the next few months.

Export and import performances likely declined in April because of a fall in orders from foreign buyers and the low demand of raw materials and capital goods from local industries, economists have said.

Standard Chartered Bank economist Aldian Taloputra estimated that the export of coal, Indonesia’s main export commodity, dropped in April due to a decline in demand and drop in prices in the last several weeks.

Bank CIMB Niaga Adrian Panggabean projected that the trade account deficit would reach $1.82 billion since exports and imports could drop a respective 10 percent and 7.8 percent year-on-year.

The government is considering several options to expand state-owned logistics company Bulog’s rice distribution duties, such by allowing the agency to distribute rice to the poor under the government’s non-cash food assistance program (BPNT).

With the use of the BNPT, Bulog has found difficulties distributing enough rice to the poor even though it has the authority to purchase unhusked rice directly from farmers to help maintain the price of rice.

The Office of the Coordinating Economic Minister’s undersecretary for food coordination and agriculture, Musdhalifah Machmud, said the plan to give Bulog additional power was currently being discussed, as the government wanted to ensure that Bulog’s main duty of keeping the market price stable remained unchanged.

Bulog procurement director Bachtiar said separately on Tuesday that, during a limited Cabinet meeting led by President Joko “Jokowi” Widodo, the government considered allowing Bulog to replace the middlemen or private suppliers of rice for the poor, which would give the agency more control in the distribution process.

Meanwhile, Bulog president director Budi Wasesa said the plan would eliminate unwanted practices, such as the monopolization of rice in government-initiated food assistance programs. “I hope the President issues a presidential decree soon, because many of the middlemen or private companies obtain their rice supply from Bulog. I believe cartel-like practices would automatically be reduced once this plan is realized.”

The Industry Ministry and the Environment and Forestry Ministry will make their definitions of hazardous and toxic (B3) waste the same as some types of waste that are classified as hazardous can be used as raw materials for industrial usage.

The Industry Ministry’s business climate and resiliency director, Reni Yanita, said both institutions needed to have the same understanding of B3 waste so that industries would have a clear guideline on what types of B3 waste can be commercially used.

The Industry Ministry’s green energy head, Teddy Sianturi, said some B3 waste could be classified as B2 waste. “Fly and bottom ash from coal combustion can be used as raw materials for bricks,” he said.


RI to piggyback on European interest in Belt and Road
The Jakarta Post, p.1

Indonesian is keen on riding a wave of European interest in China’s Belt and Road Initiative (BRO) as the framework is believed to have evolved from what critics call a “debt trap” into a more inclusive and greener cooperation platform, officials from Southeast Asia’s largest nation have said.

Indonesia is one of the few remaining countries to buy into the six-year-old initiative that was first launched in Kazakhstan to revive ancient trade routes connecting Asia and Europe.

The forum concluded with a joint communiqué that displayed China’s openness to input from other countries, including those from Europe that are keen to join the initiative, said Santo Darmosumarto, the Foreign Ministry’s newly appointed director for East Asia and the Pacific.

In March, Italy became the first major Western government to back the initiative, while France and Germany have urged China to improve access and fair competition for foreign firms, Reuters reported.

Indonesia and China signed a memorandum of understanding on regional comprehensive economic corridors during a visit by Chinese Premier Li Keqiang last year, marking the second phase of bringing the two sides’ development strategies in lockstep.