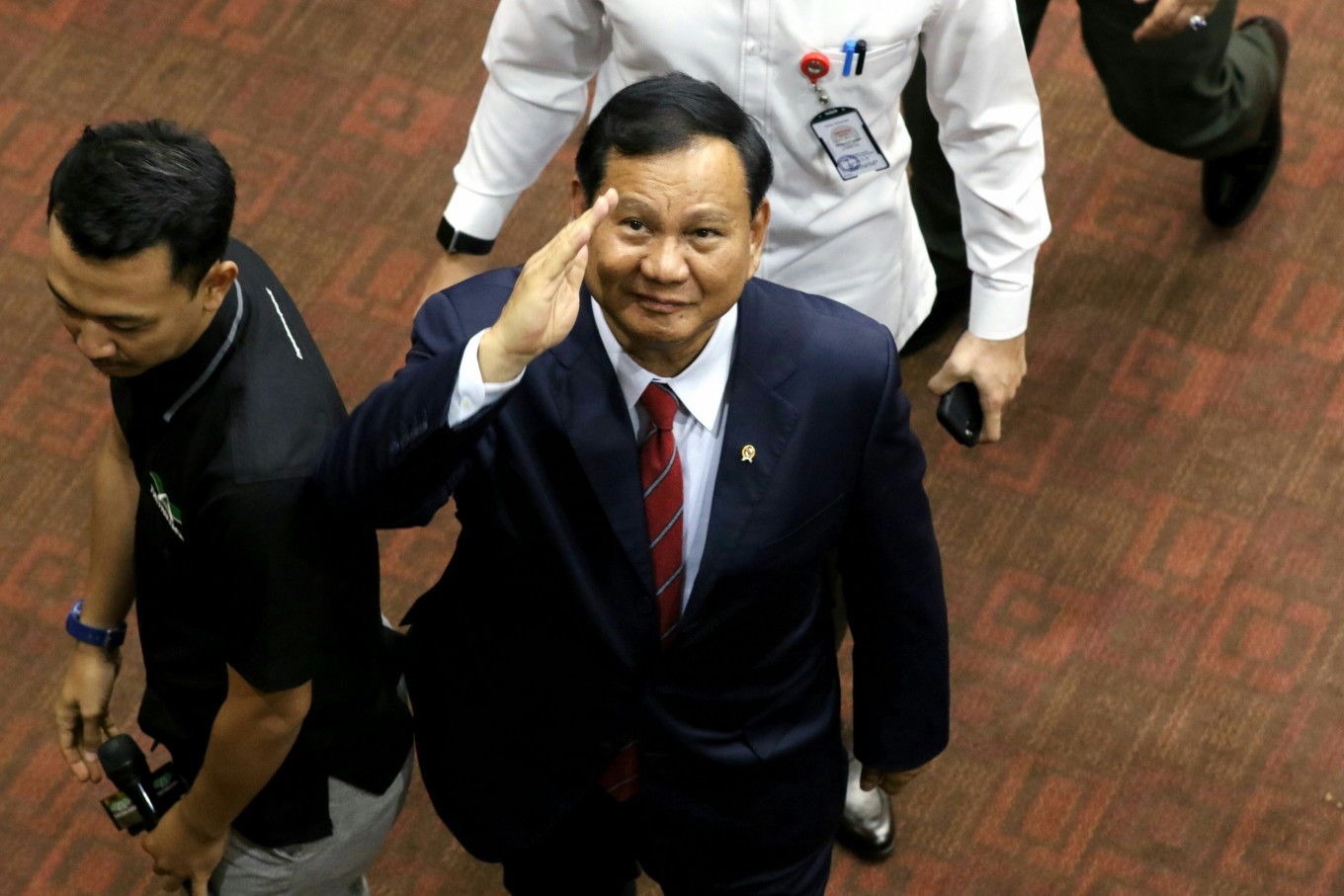 An explosion occurred at the National Monument square in Central Jakarta earlier this morning. Two Indonesian Military (TNI) personnel, identified as Sgt. Maj. Fajar and Chief Pvt. Gunawan, were injured by the explosion.

The National Police and the TNI have officially confirmed that the minor explosion was set off by a smoke grenade that was found by the two injured TNI personnel.

Jayakarta Military District commander Maj. Gen. Eko Margiyono said the two officers were doing their regular morning exercise with other TNI personnel when the incident occurred. “This [incident] is nothing out of the ordinary,” Eko said.

“This is just a smoke grenade, don’t exaggerate this. The grenade could belong to our [security] personnel [who] left it there,” Jakarta Police chief Insp. Gen. Gatot Eddy Pramono said.

Members of the police's Gegana bomb squad and the Indonesian automatic fingerprint identification system (Inafis) are still investigating the site of the explosion to determine why the smoke grenade was at the square in the first place.

Zainut asserted that the ministry would not punish Quran study groups unwilling to register themselves.

“The regulation was issued to facilitate public services and manage the ministry’s registration database,” Zainut explained in a written statement. He added that the registration and certification of Quran study groups will facilitate the ministry’s coordination with the groups in certain aspects, including in allocating funds from the government.

Antigraft activists are calling on President Joko “Jokowi” Widodo to announce the results of the National Police’s investigation into the acid attack on Corruption Eradication Commission (KPK) senior investigator Novel Baswedan. The investigation is scheduled to be concluded at the beginning of this month.

“We urge President Jokowi to publicly announce the results of the investigation into Novel’s acid attack immediately,” Anticorruption Civil Society Coalition member Shaleh Alghifari said earlier today. The President, according to Shaleh, had extended the deadline of the investigation several times. Moreover, the National Police had since April 2017 established three different teams tasked with probing the case, but to no avail.

Presidential spokesman Fadjroel Rachman said he had yet to receive any information regarding the investigation. “We will confirm with Idham Azis. [The investigation] was handed over to him,” Fadjroel said on Monday, referring to the National Police chief.
BUSINESS AND ECONOMICS NEWS AND HEADLINES
Prabowo promises rapid development of domestic defense industry over 5 years
Kontan, (https://tinyurl.com/r98v9oa); Detik.com, (https://tinyurl.com/ucy2wsd)

Defense Minister Prabowo Subianto promised rapid development of the domestic defense industry over the next five years during the Defense and Security Equipment Industry (Alpalhankam) Exhibition on Tuesday. Prabowo said the ministry would encourage state-owned enterprises (SOEs) and private companies to take part in developing locally made defense equipment and technology.

"We can find the formula for cooperation later, as well as the root of the problems. SOEs should become lead integrators, but the private sector should be actively involved," Prabowo said. Compared to other countries in Southeast Asia, Indonesia's budget for buying new defense equipment is small.

The Finance Ministry’s Customs and Excise Directorate General is investigating the alleged smuggling of used Harley Davidson motorcycle components and two Brompton bicycles. The motorcycle and bicycle components were brought into Indonesia on Garuda’s new Airbus A330-900 plane. Finance Minister Sri Mulyani said this method of smuggling occurred frequently under the banner of jastip (individual bulk-buyer purchasing services) and was usually done with smaller goods.

PT Garuda Indonesia corporate secretary Ikhsan Rosan said that Garuda Indonesia had carried out the procedures in accordance with existing regulations. Any import duties or taxes incurred were the responsibilities of the passenger carrying the goods, he added.

PT MNC Vision Networks (IPTV), a media company owned by tycoon Hary Tanoesoedibjo, has officially announced its plan to acquire a majority share of PT Link Net (LINK) from Lippo Group. According to a report, IPTV has signed a term sheet – a non-binding agreement – to buy LINK shares from PT First Media and Asia Link Dewa. IPTV president director Ade Tjandra said there were some procedures that needed to be completed to conclude the deal. They included due diligence, fulfillment of certain unspecified conditions, financing procedures and signing the definitive agreement. IPTV’s Luthan Fadel told KONTAN that the company would acquire LINK at Rp 5,400 (38 US cents) per share. He did not reveal the total value of the transaction.