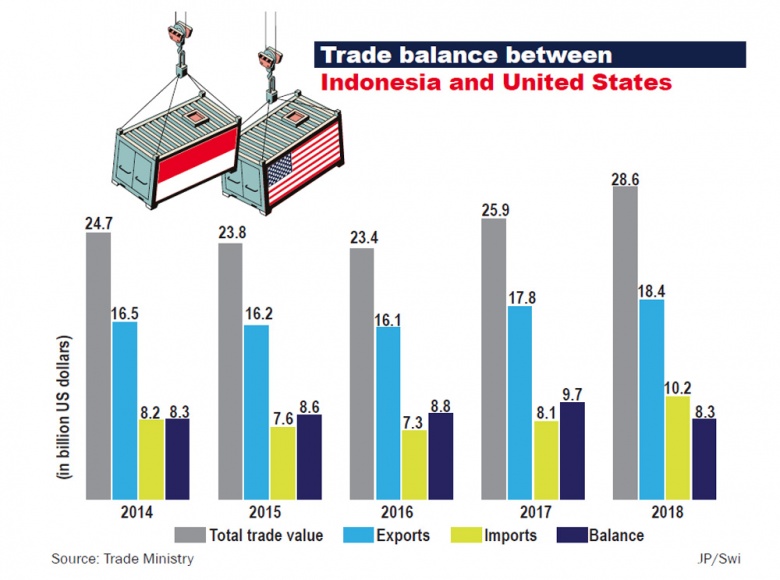 Members of the House of Representatives are objecting to an increase in national health insurance (JKN) premiums, especially for participants in the third class, the lowest class in the scheme.

On Wednesday night, the House held a hearing with the insurer, the Health Care and Social Security Agency (BPJS Kesehatan), and the Health Ministry to discuss a recent presidential decision to increase the premiums.

Dewi Asmara, a member of Commission IX overseeing health and manpower from the Golkar Party, said that they disagreed with the government's decision to keep increasing the JKN premiums.

The insurance members and observes protested against the new presidential regulation (Perpres) on healthcare security issued at the end of October. The regulation has stipulated increases of about 100 percent for the premiums of all three classes of JKN participants.

After gaining a significant amount of votes (12.6 million) in the legislative elections in April, the NasDem Party plans to continuously push for expansion of its organization and influence. The party, which is to hold its second national congress in Jakarta this weekend, would seek strategies to double its votes in the 2024 elections.

The deputy chairman of the party, Taufik Basari, said NasDem would recruit more members to reach the goal. He said he believes increasing the membership base would be a driving force for the party.

The new members would be introduced during the congress and party chairman Surya Paloh has already revealed that several governors are to attend the opening of the congress. These regional heads include Jakarta Governor Anies Baswedan, West Java Governor Ridwan Kamil and East Java Governor Khofifah Indar Parawansa.

Activitsts and researchers have been adamant that the concept of the council itself is fundamentally flawed, no matter who is selected to sit in it.

"Names like Ahok and Antasari are mere distractions from the core problems of creating a supervisory council in the first place," Indonesia Corruption Watch researcher Donal Fariz said on Thursday.

The formation of a supervisory council to oversee the Corruption Eradication Commission (KPK) would not only undermine the antigraft body’s authority but may also lead to an impasse.

Apart from the regulatory impediment, the KPK lost a key court battle when the former president director of the state electricity company, Sofyan Basir, was acquitted despite substantial evidence apparently indicating guilt. Previously in mid-2019, the Supreme Court cleared the former head of the Indonesian Bank Restructuring Agency, Syafruddin Arsyad Temenggung, of all charges.

The defeats may erode public confidence in the KPK, which has so far been the most credible institution according to a number of surveys. Many have therefore advised the commission to review the way it handles graft cases because injustice may lead the KPK to fall.

The government has asked the House of Representatives to review direct elections as the mechanism to select regional heads. Home Affairs Minister Tito Karnavian told House lawmakers on Wednesday that direct elections were proven to do more harm than good.

The director general of regional autonomy at the Home Affairs Ministry, Akmal Malik, said on Thursday that simultaneous regional elections were merely elections that took place concurrently, so if they were held indirectly it would not matter.

"Whether the election can be held directly depends on each region. Jakarta, for example, has already progressed so it’s impossible to let the city council elect the governor, but indirect elections are possible in Papua and on remote and small islands where holding direct elections costs a lot," said Akmal.
BUSINESS AND ECONOMICS NEWS AND HEADLINES
RI seeks greater access to US market
The Jakarta Post, p.1

President Joko “Jokowi” Widodo’s administration has asked a visiting United States official for greater access to the latter market as both countries expect to finalize a trade preference facility review before Christmas.

Coordinating Economic Minister Airlangga Hartarto said the government had conveyed the aspiration to have greater access for Indonesian furniture and textile products during a discussion between President Jokowi and US Secretary of Commerce Wilbur Ross at the State Palace, Jakarta, on Wednesday.

In return, Indonesia will increase its wheat and cotton purchases from the US.

“Wilbur Ross said that once the Generalized System of Preference [GSP] review was completed, we could talk about additional [trade agreements],” Airlangga said.

The Office at the US Trade Representative (USTR) has been reviewing Indonesia’s eligibility for receiving the GSP facility for more than one year. The facility gives privileges to developing economies to export their products to the US with lower or zero duties.

State insurance company Jiwasraya president director Hexana Tri Sasongko proposed a number of alternatives to solve the company’s financial problems during a closed meeting with the House of Representatives’ Commission XI on Thursday.

The solutions include establishing a subsidiary PT Jiwasraya Putra that would sell insurance products and would work with other state-owned enterprises (SOEs). This alternative is expected to provide Rp 5 trillion in fresh funds for Jiwasraya.

Alternatively, the government could establish an insurance holding company, which would then issue bonds to solve Jiwasraya’s financial problems.

During the meeting, Hexana explained that the liquidity crisis started when the company was incorrectly pricing its saving product that guarantees a return between 9 and 13 percent per year during the 2013 to 2018 period.

To achieve to targetted return, Jiwasraya invested in high risk stocks and mutual funds without applying prudential principles. The prices of the stocks it invested in fell sharply at the time, causing a great loss to the company.

The central bank said the increase in the forex reserves in October was due to an increase in forex receipts from oil and gas imports, as well as the government’s foreign debts.

President Joko “Jokowi” Widodo asked his audience not to applaud when he described the government’s success in building a massive amount of infrastructure during his first term in his remarks at the opening of the 2019 Indonesia Infrastructure Week at the Jakarta International Expo (JIExpo) on Wednesday.

Jokowi said after working day and night, the government had achieved the infrastructure development target during his first five years in office. He said by the end of the year, Indonesia would have 1,500 kilometers of toll roads, almost double the number recorded in 2014, the first year of his presidency.

Jokowi acknowledged that the nation was far behind other countries in infrastructure development despite the government being able to meet the road construction target. From 1978 until 2014, Indonesia had only built 780 km of toll roads. The number, he said, was considered low compared to China’s 280,000 km and Malaysia’s 1,200 km.

In his second term, infrastructure development, in addition to human capital development, is to remain the government’s top priority.

State-owned energy company Pertamina booked US$753 million in net profits in the third quarter of this year, an increase of more than 400 percent from $142 million in the same period last year.

Pertamina finance director Pahala Mansury told reporters in Jakarta on Thursday that the net profits did not include the government funds used to compensate Pertamina for selling subsidized fuel and liquefied petroleum gas (LPG) below-market rates.

“So our profits are around $1.7 billion if you include potential revenue from the compensation, but the compensation needs to be audited by the BPK [Supreme Audit Agency] and approved by the Finance Ministry beforehand,” he said.

Pahala added that the company had raised 45 percent of the targeted investment funds of $4.3 billion this year. Most of the investment ($2.5 billion) would be allocated for upstream developments.