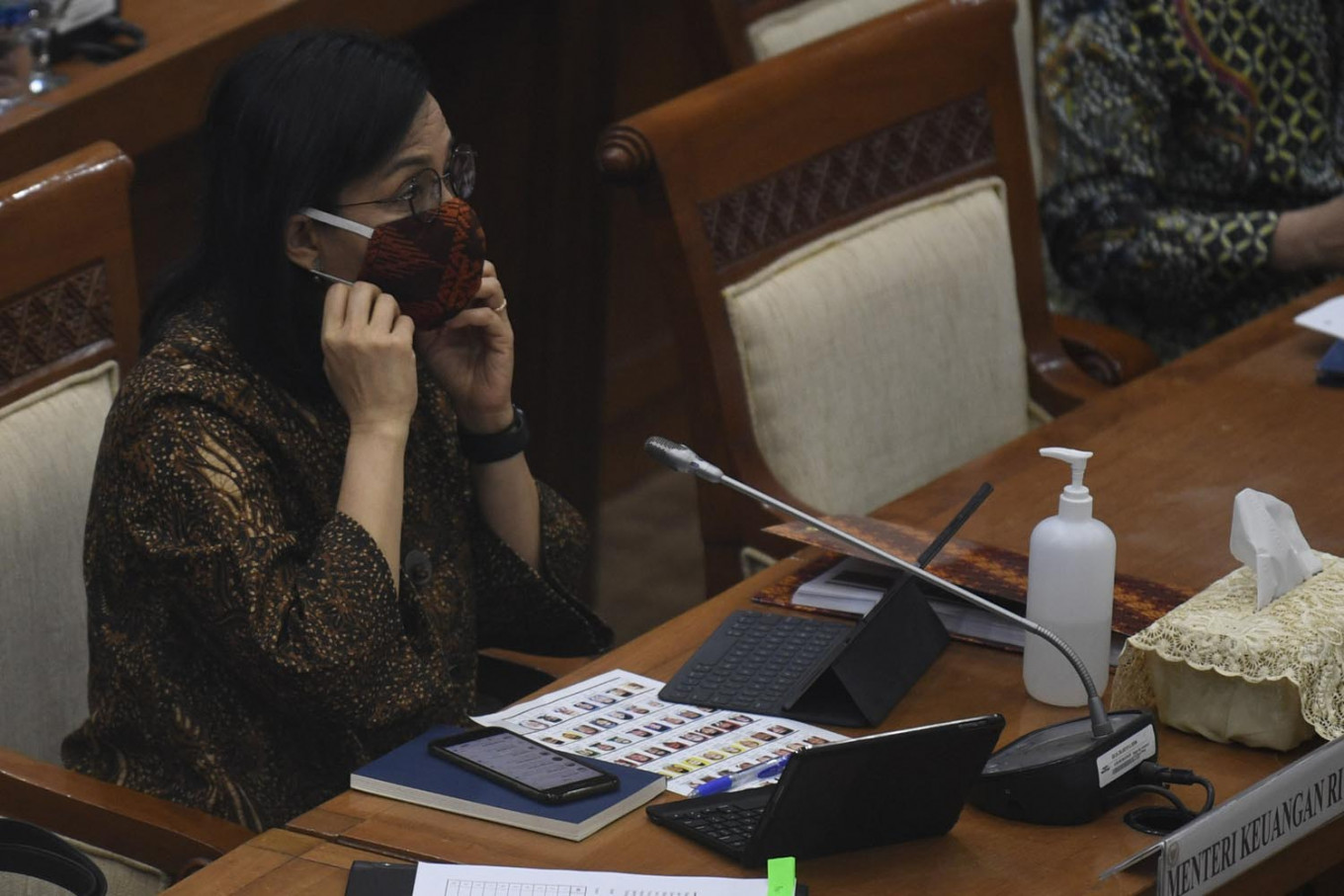 The COVID-19 task force is determined to reduce the disease’s death rate in Indonesia to under 1 percent. As of Monday, the COVID-19 death rate in the country reached 4.68 percent of the total number of positive cases.

“Indonesia ranks 103 out of 215 countries in the world. We still have work to do, we cannot take the death rate lightly,” Dewi said.

The Worldwide Governance Indicators Reports (update) showed that the average value of the Indonesian government’s effectiveness index in 2014 was considered low, with an index value of -0.01, placing Indonesia in the 54.81 percentile rank.

“From a global standpoint, we have a score of around 54.8, which roughly places us below other ASEAN countries. One aspect [affecting this index] is that neutrality is still very low,” Teguh said.

Teguh emphasized that maintaining the neutrality of civil servants was essential to ensure a more effective bureaucracy.

Vice Present Ma’ruf Amin said the fatwa issued by the Indonesian Ulema Council (MUI), addressing several matters related to the COVID-19 pandemic, must be adhered to by the government.

“The government’s main consideration in issuing policies for COVID-19 handling must be to protect people, in all health, social and economic aspects,” Ma’ruf said in a webinar titled “The role of the MUI’s fatwa during the COVID-19 pandemic and its impact on the law” held by Al-Azhar University on Wednesday.

Indonesia’s economy suffered its sharpest downturn since the 1998 Asian financial crisis in the second quarter, as the COVID-19 pandemic shut down large parts of the country, ravaging businesses and leaving millions out of work. The gross domestic product (GDP) contracted by 5.32 percent year-on-year, the greatest decline since the first quarter of 1999, Statistics Indonesia (BPS) announced. The figure is deeper than the government’s estimate of a 4.3 percent contraction and a consensus of a 4.6 percent contraction projected by economists for a Reuters survey.

Household spending, which makes up more than 50 percent of the GDP, fell 5.51 percent, led by a near-total collapse in spending on restaurant meals, recreational services and transportation, among others. Investment, meanwhile, fell 8.61 percent, as businesses pulled back sharply on their investment in vehicles and other products. Government expenditure fell 6.9 percent as the government cut spending on business trips and cancelled events. Exports and imports also plunged 11.66 percent and 16.96 percent, respectively, reflecting the slowdown in global economic activity.