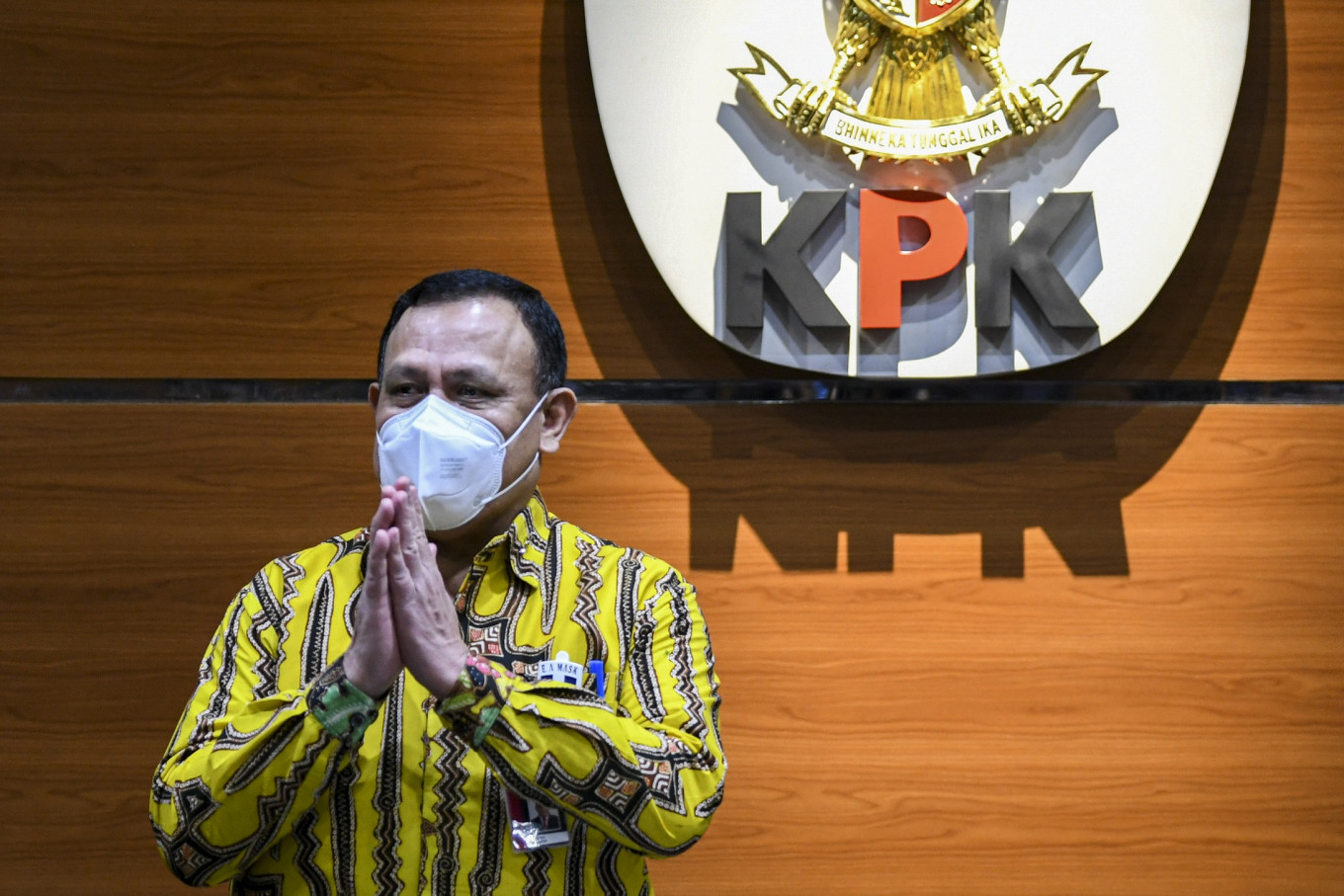 President Joko “Jokowi” Widodo has emphasized that the COVID-19 pandemic could serve as an opportunity to develop and improve village economies.

“The pandemic could spur momentum toward reinstalling, improving and carrying out reforms in our approaches to transforming and recovering village economies,” Jokowi said during a closed meeting titled “Accelerating Improvements of Village Economies” via video conference on Thursday.

Jokowi reiterated that all short-term schemes, such as social safety nets, must remain on target and be implemented more effectively. If an economic crisis overtakes cities, villages could become a buffer for the urban economy.

The Indonesian Democratic Party of Struggle (PDI-P) will be reporting the Surabaya General Elections Commission (KPU Surabaya) to the Election Organization Ethics Council (DKPP) due to an alleged lack of transparency regarding Surabaya’s mayoral candidates.

PDI-P Surabaya executive board (DPC) secretary Baktiono said that the report was made based on suspicions that the KPU concealed information that one of Surabaya’s mayoral candidates had tested positive for COVID-19.

According to him, KPU Surabaya must be transparent in alerting the public if a candidate has COVID-19 to provide a sense of security to all parties.

The council's panel of ethics said that Firli had failed to show exemplary action in his daily behavior, as mandated by KPK Supervisory Board Regulation No. 2/2020 on the enforcement of the KPK code of ethics and conduct.

Furthermore, the panel pointed out Firli's negligence in recognizing that his attitudes and actions were inherent to and reflected his position as a KPK personnel.

The council handed down a "light sentence" of written reprimand as punishment for Firli – the first-ever KPK chief to be declared guilty of an ethics violation.

President Joko “Jokowi” Widodo has appointed a selection committee to overhaul the Workers Social Security Agency (BPJS Ketenagakerjaan) board. The current BPJS Ketenagakerjaan board of directors and its supervisory board will end their term on Feb. 19 next year. The Manpower Ministry’s director general for industrial relations development and social security, Haiyani Rumondang, will head the committee, with Finance Ministry secretary-general Hadiyanto as his deputy.

Airlines are calling for the government to disburse a stimulus program that they say was promised to them. Lion Air president director Edward Sirait said his company had not received the promised stimulus from the government. Edward expressed hope that the government could waive a fee paid to airport operators, in addition to an exemption on value-added tax and airport tax to lower ticket prices, which in turn could increase demand for air travel. National flag carrier Garuda Indonesia president director Irfan Setiaputra also supported a stimulus disbursement for the airlines industry, but he did not consider it to be an urgent matter since Garuda had received a government investment for working capital worth Rp 8.5 trillion (US$583 million).

House of Representatives Commission XI member Rudi Hartono Bangun from the NasDem Party has demanded transparency over a Rp 20 trillion (US$1.34 billion) state capital injection plan to state-owned insurance holding firm PT Bahana Pembangunan Usaha Indonesia (BPUI). “There should be transparency over the usage. We know that BPUI will obtain Rp 20 trillion in a state capital injection to bail out the losses suffered in the Jiwasraya case,” Rudi said. To solve the Jiwasraya case, BPUI will establish a new subsidiary, IFG Life. “This insurance company will take care of Jiwasraya policyholders,” Rudi said. BPUI needs Rp 24.7 trillion to bail out Jiwasraya and fundraise to fill the Rp 4.7 trillion gap.

The 8.2-kilometer Patimban Port access road will be ready for use in October. Public Works and Housing Minister Basuki Hadimuljono said construction of the access road was a symbol of Indonesia-Japan bilateral relations, as the road was funded by a Rp 1.2 trillion (US$80.6 million) loan from Japan. “Currently, construction progress has reached 98.3 percent, and it will be done by Oct. 30,” Basuki said in a statement. The Public Works and Housing Ministry is also preparing a construction project for a 37.5-km Patimban Port toll road. The toll road will be built by a consortium of state-owned toll road operator Jasa Marga (50 percent stake), publicly listed property developer PT Surya Semesta Internusa (25 percent stake), construction firm PT Daya Mulia Turangga (10 percent stake) and West Java province-owned PT Jasa Sarana (10 percent), with a total investment of Rp 7.5 trillion.