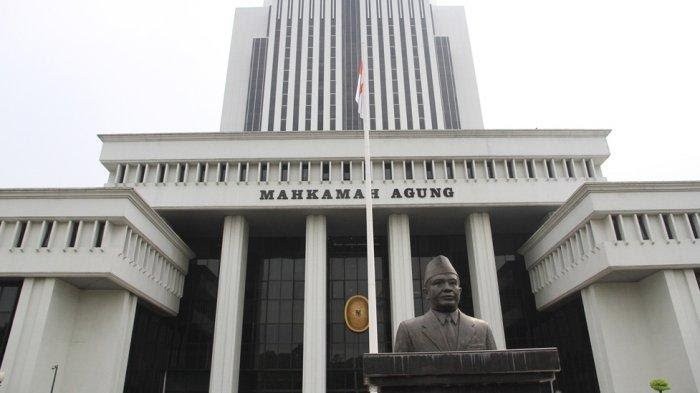 The Supreme Court has issued a new regulation that encourages judges to sentence those found guilty in high-profile corruption cases that cause massive state losses to life in prison, in a move designed to eliminate years of inconsistent sentencing by the judiciary.

The court issued on July 24 a set of guidelines for punishing graft convicts, which are laid out in Supreme Court Regulation (Perma) No. 1/2020.

The new regulation provides pointers for determining the appropriate punishment for those found guilty of misappropriating state funds for personal gain, as stipulated in Article 2 of the 2001 Corruption Law.

Prior to the regulation, Indonesian corruption court judges often used their own criteria and standards for issuing sentences to graft convicts. With the new set of guidelines, they are expected to mete out punishment based on the size of state losses incurred from the wrongdoing.

Many regions in Indonesia have only a single candidate pair to compete in the 2020 regional heads elections and is the number is predicted to increase.

Election watchdog Association for Elections and Democracy (Perludem) executive director Titi Anggraini said that out of 31 regions, 20 regions are certain to have only a single candidate pair. Among them are Semarang city, Surakarta city, Kebumen, Grobogan, Sragen, Kediri and Banyuwangi. Meanwhile, the remaining 11 regions could still potentially have more than one candidate pair.

According to Titi, the trend could not be separated from the increasingly pragmatic attitude of political parties.

The Indonesian Ombudsman has asked all parts of society to participate in overseeing the recruitment and selection process of the Family Hope Program’s (PHK) coordinators at the Social Affairs Ministry. Community supervision is considered an effective way to prevent conflicts of interest in the implementation of government programs with certain political parties.

“[The program] needs to be supervised by the general public, so that all of us can be more accountable and transparent in practice, not only in words,” said Ombudsman member Ahmad Suaedy on Wednesday.

Suaedy’s statement was made in response to the Indonesian Democratic Party of Struggle (PDI-P) central executive board’s (DPP) instruction to mobilize its cadres to participate in the PKH coordinator recruitment and selection process. This raised concerns about conflicts of interest occurring as Social Affairs Minister Juliari Batubara is from the PDI-P. Juliari, however, has denied the possibility that a political member or cadre will be allowed to be recruited for the program.

President Joko “Jokowi” Widodo has instructed all regional heads to issue a gubernatorial, regental or mayoral regulation that stipulates community obligations in the strict implementation of health protocols.

This directive was detailed in Presidential Instruction (Inpres) No. 6/2020 concerning increasing discipline and law enforcement of health protocols in the prevention and control of COVID-19, which was signed by Jokowi on Wednesday.

The regulation must contain sanctions against violators, including but not limited to, individuals, business actors, organizers and those in charge of public spaces and facilities.

“The sanctions refer to verbal or written warnings, social work, administrative fines or the suspension of business operations,” the instruction states.

State-Owned Enterprises Minister Erick Thohir, who also chairs the national economic and COVID-19 recovery committee, has claimed that state pharmaceutical holding company PT Bio Farma is ready to produce 250 million doses of the Sinovac candidate vaccine per year by the end of 2020.

“I have ensured that Bio Farma is ready to produce 100 million doses of a COVID-19 vaccine per year, and by the end of the year will be able to produce 250 million doses per year,” Erick said during an inspection of Bio Farma’s laboratories and production facilities in Bandung, West Java, on Tuesday, as quoted in a statement.

He said the committee had focused on doubling the availability of vaccines and therapies as they were crucial in accelerating the national recovery process.

The Sinovac vaccine is among the most promising candidate vaccines in the country.

The first is a Rp 30 trillion (US$2.07 billion) social assistance fund for distribution to 12 million small and medium enterprises (SMEs) as working capital, while the second is a Rp 4.6 trillion rice assistance program targeting 10 million recipients of the Family Hope Program.

The third is an additional disbursement of Rp 500,000 in cash for recipients of the Staple Food Card program, for a total relief fund of Rp 5 trillion. The fourth is a Rp 31 trillion direct cash aid program for workers who earn salaries below Rp 5 million.

The government aims to focus on increasing spending in the second semester to boost purchasing power and household consumption. According to Coordinating Economic Minister Airlangga Hartanto, the government plans to increase spending to Rp 800 trillion per quarter. Meanwhile, the government must also manage the spike in COVID-19 cases to improve the chances of economic recovery.

Economists are urging the government to ramp up state spending and bring the COVID-19 epidemic under control to speed up recovery, after Indonesia's economy contracted for the first time since 1999.

Only net exports posted an increase due to the economic impacts of the epidemic.

Government spending, which is expected to anchor the economy and boost purchasing power amid cooling private-sector activity, plunged 6.9 percent during the second quarter.

The government is trying to implement concurrent measures for economic recovery and COVID-19 mitigation in order to prevent a second wave of infection that would further drive down economic growth. It intends to continue to ease the large-scale social restrictions (PSBB) by enforcing strict health protocols.

BPS announced that economic growth contracted 5.32 percent yoy in the second quarter. The country must quickly recover growth in the third quarter to avoid a recession.

Coordinating minister Airlangga Hartarto said that economic growth this year would depend on third-quarter performance. He expressed optimism that the economy would bounce back to post positive growth in the third quarter, as economic indexes such as retail sales, manufacturing and consumer confidence were showing a positive trend.

Although minister Sri Mulyani acknowledged that negative economic growth in the second quarter was deeper at 5.32 percent than the government’s estimate of minus 4.3 percent to minus 4.8 percent, she stressed that the country was not in a technical recession.

In addition to the government’s all-out social assistance policy, Airlangga said that public discipline in complying with the health protocols was key to economic recovery. According to BPS data, the economy showed signs of recovery since the government started relaxing the PSBB, as seen from the rise in the public transportation passenger volume and the hotel occupancy rate.

BPS announced quarter-two contraction of 5.32 percent yoy on Wednesday, but said that labor-intensive industries showed positive growth amid the economic downturn of the COVID-19 health crisis.

The agriculture, information and technology (IT) and finance industries recorded positive growth of respectively 2.19 percent, 10.88 percent and 1.03 percent in the second quarter.

BPS head Suhariyanto said that positive growth in the agriculture industry was supported by the peak harvest season in the second quarter. Meanwhile, the IT industry saw positive growth due to increases in television advertisement, digital media and internet traffic. Internet and interactive TV also saw an increase in subscribers, he added.

Deputy chairwoman Shinta Kamdani of the Indonesian Chamber of Commerce and Industry (Kadin) said that the government needed to drive labor-intensive industries in order to prevent recession in the third quarter. Boosting labor absorption in these industries would in turn drive consumption, she explained.

Several businesses under the MNC Group are currently embroiled in legal disputes that are posing challenges for the diversified conglomerate amid the COVID-19 health crisis.

Furthermore, the group’s parent company, PT MNC Investama Tbk (BHIT), is also planning to convert US$231 million in global bonds to shore up losses of Rp 480 billion in the first half of 2020. At least 65 percent of its debt holders support the financial restructuring plan, equal to $150 million of total bonds.

“PT MNC Investama is not defaulting, [and is] only planning to convert US dollar bonds to capital at around $150 million. The amount may be higher if other bondholders decide to join,” said MNC Group director corporation secretary Syafril Nasution.

Meanwhile, two subsidiaries of the group, PT Global Mediacom and securities firm PT MNC Sekuritas, are in legal disputes. South Korean telecommunication company KT Corporation is suing Global Mediacom for bankruptcy for the media company’s failure to pay its debt over the last decade. Global Mediacom has refuted the allegation, saying that it had no outstanding debts to KT Corporation and has filed a countersuit for defamation.

MNC Sekuritas and 22 other parties are defendants in a lawsuit filed by national insurer PT Tugu Reasuransi Indonesia for not paying medium-term notes that have reached maturity. The MNC Group was also refuting this allegation, Syafril said, and that the lawsuit should instead name multifinance corporation SNP Finance as the debtor.