Perceptions and Readiness of Indonesia towards the Belt and Road Initiative 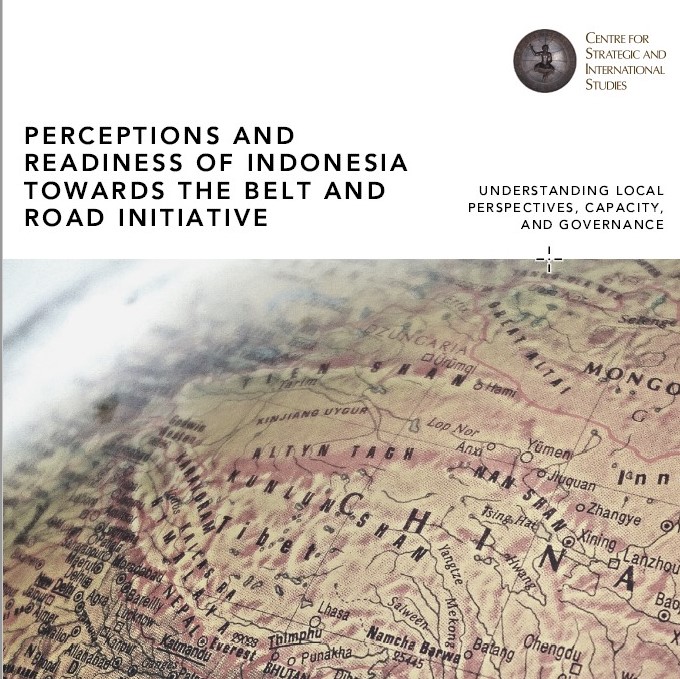 In the context of the bilateral relationship between Indonesia and China, BRI will play a vital role. China and Indonesia are among the most populous countries in the world. In 2016, the population of China is 1.37 billion. Meanwhile, Indonesia’s population is 261 million (World Bank, 2016). Hence, the population of both countries constitutes about 23 percent of the global population. As it is, China and Indonesia relations have a lot of potentials, not only in business and economic sector but also in other fields, including technology, education, social and culture.

However, as pointed out in a previous CSIS study on Maritime Silk Road (Damuri et al. 2014), various issues might pose challenges to the implementation of this initiative in Indonesia. They include social and political issues such as the lack of awareness and information about the BRI and how it would be implemented. There are also concerns about growing dependence on China, and other domestic political factors that might work against the implementation of the initiative. In addition, there are well known problems that have been detrimental to investment in Indonesia, ranging from financial issues, land acquisition, labor and skills and regulatory uncertainty. Some Chinese investments in Indonesia have been delayed due to one or another of these factors.

This study complements the previous CSIS study by exploring the progress of the BRI in Indonesia, as well as looking various challenges and issues that have emerged. It also extends the analysis by looking at perspectives from Indonesia’s local administration on the implementation of the BRI. After this introduction, this study will briefly review the importance of BRI and how it fits the current situation of international development. We explore the potential contribution of this initiative in the next section while discussing the obstacles and challenges during the implementation, from an economic perspective, as well as strategic and social-political assessment. Our analysis and findings from local works would be elaborated in the section afterward. We are looking at various possible recommendations on the implementation of the BRI in Indonesia as a final section of this report.